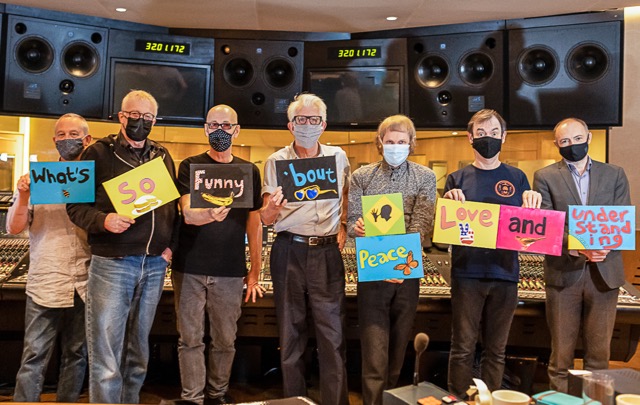 This weekend, in support of the Teenage Cancer Trust, legendary producer and singer-songwriter Nick Lowe stepped out of studio retirement to oversee a new recording of his hit ‘(What’s So Funny ‘Bout) Peace, Love, and Understanding’ by celebrity charity band, The Spammed that includes punk stalwart Rat Scabies of The Damned and Horace Panter of the Specials.

In cahoots with the Specialized Project, a social enterprise now in its 10th year of supporting young people in challenging circumstances, and aiding many charities including the aforementioned Teenage Cancer Trust.  The organisation has been putting out themed compilations of cover versions since 2012 – the Spammed previously contributing a clutch of bangers including The Clash’s ‘Tommy Gun’, Bob Marley’s ‘I Shot the Sheriff’ and more recently a full throttle version of T-Rex’s ‘Get it On’ with Tony Visconti at the helm. 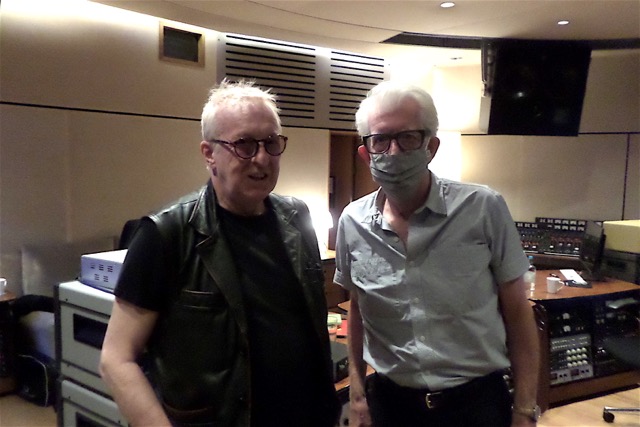 The Spammed, put together in 2015 by artist Harry Pye, musician and actor Micko Westmoreland and the late great Neil Innes, includes the aforementioned Scabies and Panter, alongside the great saxophonist and multi-instrumentalist Terry Edwards, ace guitarist Jon Klein (Banshees and Mellotronics) and comic actor Kevin Eldon on vocal duties no less.

Mark Knopfler donated the use of his vast British Grove Studio in Hammersmith and what followed was a special session and a huge rendition of the well-covered classic. The session was even more notable for being the first time Rat Scabies and Nick Lowe had worked in a studio together since 1977’s recording of the Damned’s brilliant and still fresh sounding debut, Damned Damned Damned.

“I suppose I have never been able to afford working with Nick since”, quipped Scabies.

Nick Lowe, a lynchpin of British music in the 70’s and 80’s and Stiff Records’ brilliant inhouse producer, has long since retired from producing recordings for other artists, and until this weekend had not produced anything since 1995 when he produced the country-rock band the Mavericks for the Apollo 13 film soundtrack. Lowe, who still performs, said although he thoroughly enjoyed the experience had no plans to return to production. 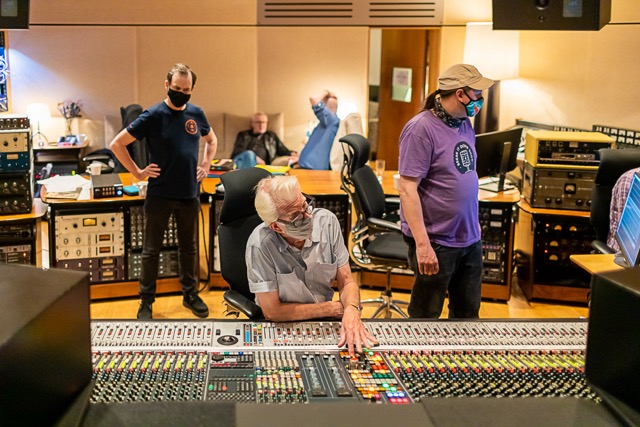 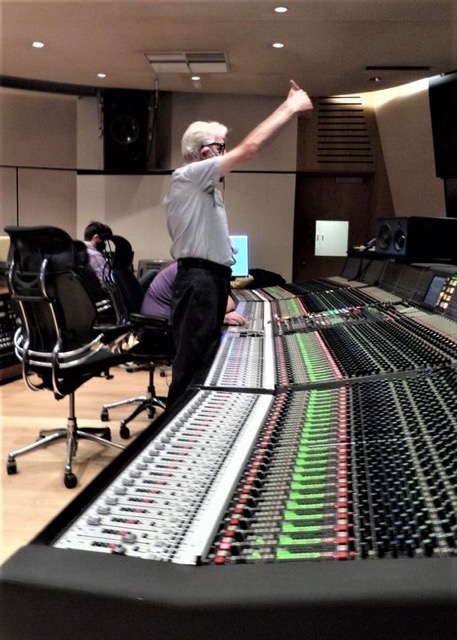 The compilations are released on all formats and to date the project has raised over £125,000 in support of the trust. ‘(What’s So Funny ‘Bout) Peace, Love, and Understanding’ will feature on new themed compilation ‘Viva – Songs of Freedom’ and will be made available in the new year.