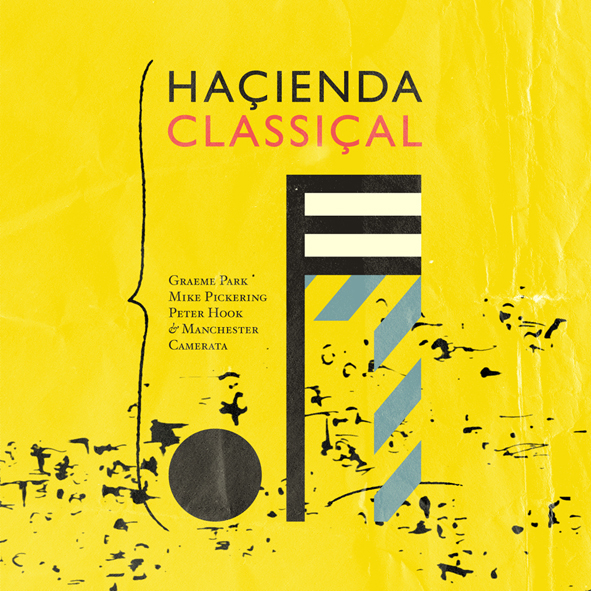 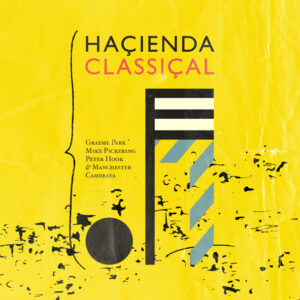 C4 and legendary Manchester club FAC51 The Haçienda’s documentary “Hacienda House Orchestra” has followed this year’s Hacienda Classical concerts from their first rehearsal and debut gigs, the triumphant Royal Albert Hall show, the Manchester homecoming and the recording of the studio album released by Sony Classical on Friday 21st October.

Transmission for the 1 hour documentary has been announced for midnight Thurs 20th October with the show also being made available on demand and repeated across C4’s channels and networks following the airing.

The documentary showcases many of the highlights from the full album version of the live show with the new orchestral arrangement of seminal dance tracks such as “Good Life” “Ride On Time”, “Pacific State”, “Voodoo Ray” and “Blue Monday” being heard for the first time away from the actual concerts.

The album itself features the full twenty track set all released for the first time and ends on Rowetta’s widely admired staple encore “You Got The Love”. Pre-order the album here.

Although one of the most widely known tracks included on the album which contains the reworking of iconic dance tracks, “Blue Monday” was never actually intended to be part of the live set by The Hacienda’s and New Order’s Peter Hook who observes that “the choice of Blue Monday was actually a little bit embarrassing for me because I didnt want to be in there on stage, I actually wanted to be behind it. However it was the orchestra in particular who wanted it and demanded it in.”

However when it came to choosing the set, the original Hacienda DJ partnership, Mike Pickering and Graeme both had no doubts that it should be included.

Graeme Park chips in that “Blue Monday is in there purely on merit as although it pre-dates house music, it is simply one of the most fantastic club records ever made. It was way ahead of its time and sounds as fresh as on the day it was made. The driving rhythm and pounding bass have obvious club appeal which is why it such an enduring and endearing record.”

Mike Pickering added that “Blue Monday quite simply is the biggest selling 12” single of all time. It transcended all genre and became an anthem to Manchester, the UK, and then the world. It still remains one of the most revered tracks ever. Both myself and Graeme knew it had to be included”

Hacienda Classical’s conductor, composer and arranger Tim Crooks, the man charged with adapting the house classics to a full orchestra said that initially he was worried about transcribing the track.

“At face value Blue Monday presented a real challenge to orchestrate, partly because the track is so famous, also because the texture itself is iconic and instantly recognisable. But beneath the surface and there are details that can be enhanced, whether with the cellos and bass clarinet mimicking Hooky’s six-string bass, or with the strings recreating the chattering synth lines in the background. There’s a yearning, haunting feel to this track which I’d hoped to capture by using the oboe with the high string lines, and lower strings to double the sung melody towards the end of the song. It works beautifully really.”

“The synth strings of the original sound incredible when played by the Manchester Camerata thanks to Tim Crooks’ wonderful arrangement. When you add the choir’s subtle backing vocals along with the full-on percussion from the orchestra and percussionists, the song hits a whole new level. The response from the crowd backs this up. One of the greatest club
records ever made continues to impress and inspire.”

Across Hacienda Classical, the collision of dance music anthems with orchestral instrumentation breathes new life into club anthems across both the more famous and more underground tracks included. The album has been executive-produced by Peter Hook, together with producer Phil Murphy and its release allows fans to enjoy the live set for the first time outside an event.

The release of this innovative album will allow fans to enjoy ‘Haçienda Classiçal’ as a recording for the very first time and alongside the welcome new C4 documentary, provides fans with a unique insight into the show, the music and the characters involved.

‘Hacienda Classical -The Album’ is also now available to pre-order on iTunes with “Promised Land” available as a free download with each order here.

‘Haçienda Classiçal’ will be released on 21st October 2016 on Sony Classical.