Home Blogs Channel 4 Get It Badly Wrong – Punk In The Right... 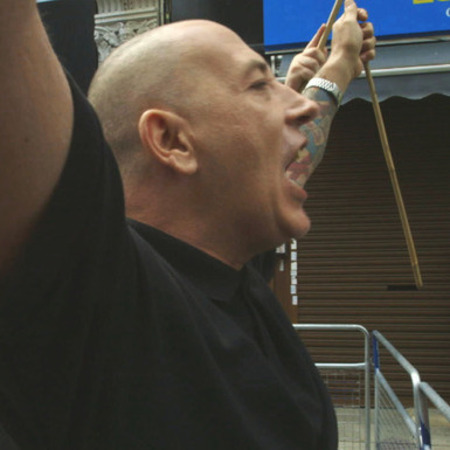 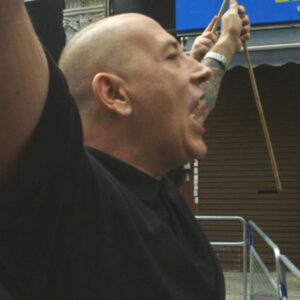 Once again punk rock groups are wrongly associated with Right Wing politics – Joe Whyte speaks out. With an impassioned quote from Mick Geggus of Cockney Rejects.

Last night saw another in Channel Four’s series of  “exposes” of the raw, rabid underbelly of British politics. The channel have already aired a hotly-debated series of fly-on-the-wall docs in the last year or so. That being  the car-crash that was Young, Angry and White and last evening (14/1/2015) saw a one-off about far right splinter groups (splintered from the apparently too-moderate EDL that is) entitled Angry. White And Proud.

The programme, for what it’s worth, was a mainly meat-and-potatoes look at a couple of individuals involved with anti-muslim groups whose views could be pigeonholed somewhere right of Heinrich Himmler; the days of C4 programming decent, thought-provoking and dare I say it, intellectual documentaries seem to have been lost in the fog of Big Brother and shows about obese people’s struggles. It’s become something of a Sunday Sport on our screens. Z-list “celebrities” and the misery of the unfortunate seems to be the staple of content meetings at the channel these days.

Angry, White and Proud would have done nothing, it has to be said, for the cause of the right wing; the sad-arses portrayed in it were a pathetic cross-section of the disillusioned British underclass. Guys who were clearly ex-football hoolies (lots of Stone Island and Danny Dyer swagger going on) and hangers-on of the Wealdstone Raider standard of not-very-good street fighter gathered on train platforms and coach parks on their way to demos outside of mosques that were just like those old “away-days” that they so clearly missed. A chance to shout and do the old “come on then” hand gestures at “the lefties” (mostly student-types by the looks) and Muslims, whilst getting a good drink was the sum total of these fellas political ambition. There was some very vague notion of pride in “Engerland” and WW2 got a few mentions but the whole charade was rendered ridiculous by the main protagonists mum (who he’d moved back in with following losing a job after being pictured at a RW demo) insisting that he shouldn’t be a racist as his parents were both immigrants from Italy and Ireland.

The thing that struck me most, however, in the quite alarmingly violent riot / demo sequences was the blatant use of punk songs to soundtrack the footage. There was lengthy use of “Oi Oi Oi” by the Cockney Rejects as well as The UK Subs “Warhead” as we saw and heard a monologue from one guy as he bemoaned the state of the country due to his perception of an influx of  immigrants.

Most Louder Than War readers will be more than aware of the anti-nazi sympathies of both of these groups. The Rejects, in particular, spent large portions of the seventies actually fighting these guys and The UK Subs (who have a Japanese guitarist!) had issues last year where they rapidly distanced themselves from some white power skin band who’d managed to ingratiate themselves a support slot by some deception. I spoke to Mick Geggus last night during the show and he was livid about the use of his songs. He then emailed me this statement this morning:

“When I heard that Channel Four had used a section of ‘Oi Oi Oi’ in a programme including themes of racism, I was so angry I nearly choked.
“If the privileged, middle class twats had even bothered to listen to the lyrics, they would know that ‘The kids they come from everywhere, the East end’s all around’ means exactly that – a rallying call to kids across the globe, from Athens to Zanzibar.
“My band and I have fought narrow minded people from both sides of the political divide for over three decades now, and we have the scars to prove it.
“If it’s the last thing I do, I will not let Channel Four get away with this slanderous act.”
Mick Geggus.

I’m not sure what the process of utilising music for TV that is in the public domain is, but I would have though that there would have to be some type of dialogue. I’m happy to be corrected.

The main issue, however, is that once again, two bands who have literally fought the good fight, are associated with Right Wing extremists; at the very least the groups are due a public retraction and apology. Legal action may be pending, I’m not party to that.

For any readers who saw the show, the Channel 4 website has a very simple complaints procedure. I urge you to use it by clicking the link below:

All words by Joe Whyte. More from Joe can be found by visiting his Louder Than War Author Archive.