The band who formed as a continuation of legendary Manchester band The Chameleons, Chameleons Vox, recently played to a sold out audience in London.

My first thoughts when I saw this line-up was …This is a joke right ? The chances of ever catching these two bands together live was always only a figment of my imagination.

Being someone who comes from a later generation after the heyday of such a dynamic time in musical history, discovering bands like The Chameleons and The Snake Corps in the earlier part of my teens not only impacted me profoundly, it completely changed the way I viewed and approached music.

So when I first heard the rumours a few years ago of Mark Burgess and John Lever touring under the moniker of Chameleons Vox I will be honest I didn’t know what to think. Could the two really carry the same fire and intensity after all of these years and with another backing band.. or would it be missing that special element of what made The Chameleons.. well The Chameleons. Then I thought back to the time when I saw Mark play in San Francisco working together with Yves Altana during his project Bird, their execution of a few Chameleons favorites done in this line up was just outstanding. Now nearly two years and three Chameleons Vox shows in Germany and the UK later, the lads more then proved me wrong. Yeah this may not be The Chameleons but it is indeed ‘the voice, beat and the spirit’ and that Fire is still there.. burning brighter than a thousand suns and a passion like this just doesn’t fizzle out. 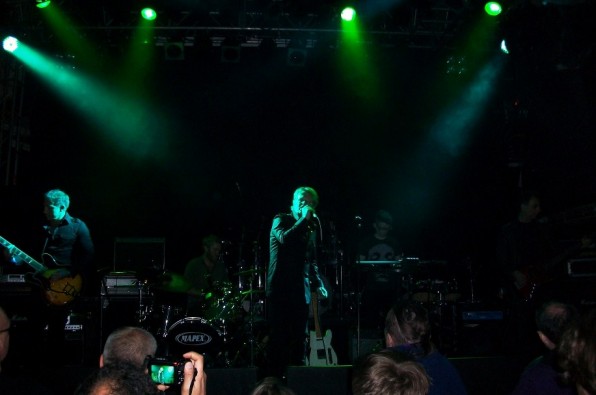 Being a new resident to the greater London area I have never seen a gig at the O2 Academy before so I really had no idea of what to expect. Showing up at such an early start time of 6:30pm to be able to catch The Snake Corps opening performance and coming upon a sparse, almost none existent crowd, came as a bit of a shock to me. Especially for a band that was such a penticle of the dark underground 80’s. Comprised of former members of Sad Lovers and Giants, Rudimentary Peni, and The S-Haters, they managed to reach cult status with generations new and old alike just like their counterparts, The Chameleons. Both during their respective times somehow managed to slip right under the radar and missed the chance of making it really BIG. Now being able to see the newly reformed Snake Corps with at least a few of the original members; Marc Lewis, Liam McGuinness and Jim Blanchard I knew this was going to be an experience.

The performance ended up being a tad on the short side, just lasting under a mere 30+ mins with a 7 song setlist that comprised of a few of my favorites like ‘Strangers’ ,’Flesh On Flesh’ and an extra enthusiastic performance of ‘This is Seagull’ where a still energetic and charismatic Marc joined in on Guitar. The set just seemed to end right when the boys were just warming up. The whole thing ended up being a bit of a tease really just leaving me wanting more. Looks like I will have to wait till the end of the year to see them play again and to hear some new material, a bit of information I managed to squeeze out of Marc as he happily signed my ‘Flesh on Flesh’ record. 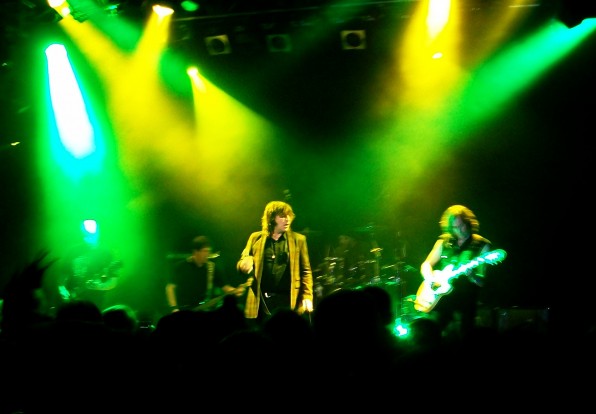 Before Chameleons Vox there was another band scheduled to play which I found not really worth adding to this review despite the fact it was suppose to be their last gig. I was still pissed that they got priority over my precious Snake Corps so I was left unimpressed and up to the bar to grab another pint. By the time the Vox was about to come on, the venue was packed to it’s capacity with a mix of people from just about everywhere, I being one of them, an over excited girl from L.A. and everyone was just as hyped as I was.

The performance from the very start was nothing short of perfection, with back to back songs played to an immeasurable level that surpassed all of their previous shows. Some of the most memorable songs of the night were ‘Soul In Isolation’ done with such an intensity and passion it gave me chills. ‘Tears’ was done in a way that was so tender it had me recalling the first time I played Strange Times… that impression is just burned into your mind. Then an equally impassioned heart wrenching performance of ‘Paper Tigers’ and just at this point when you think it has reached it’s peak they spring on us some new material .. a floating and dreamy jewel of a song in typical Chams style called ‘Heaven’. So does this mean that soon we should be expecting even more new material? … we will just have to wait and see.

Just near the end a brilliant performance of ‘Second Skin’ where Mark Jumps into the crowd and sings in unison with us the loyal fans, that know every single syllable and word by heart. Mark belts out in mid chorus a Beatles reference to ‘ Please Please Me’. Could it be a coincidence and the excitement from the fact that The Script Of The Bridge ( up there amongst the top post punk records to emerge from the 80’s ) was just recently remastered earlier this year at Abbey Road by none other then Guy Massey, who was responsible for the remastered editions of The Beatles discography. Finally .. The Chameleons get the attention they deserve and you can feel the accomplishment and the pride seep out of every pore of Mark’s body and transcends to us standing before him in the audience, who always knew from the start, there will only ever be one band like The Chameleons, because those of us who love the Chameleons it is not just a simple fancy, it is a religion.