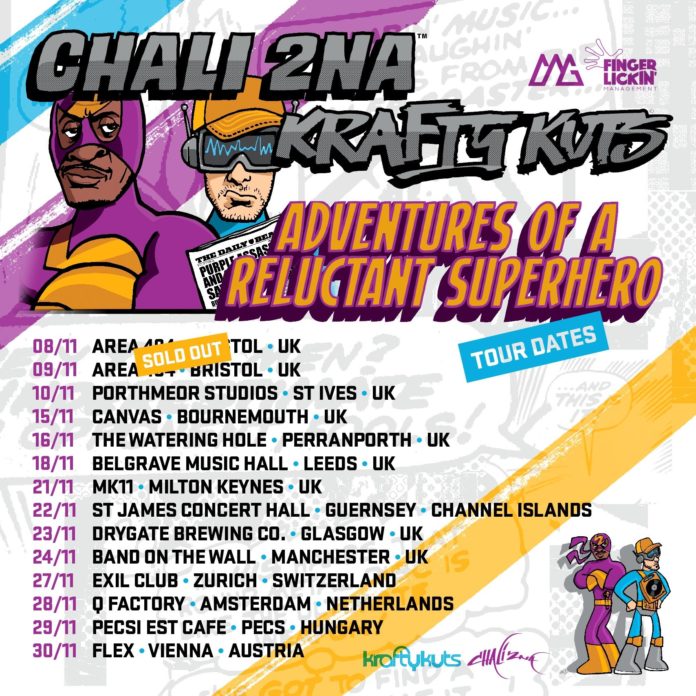 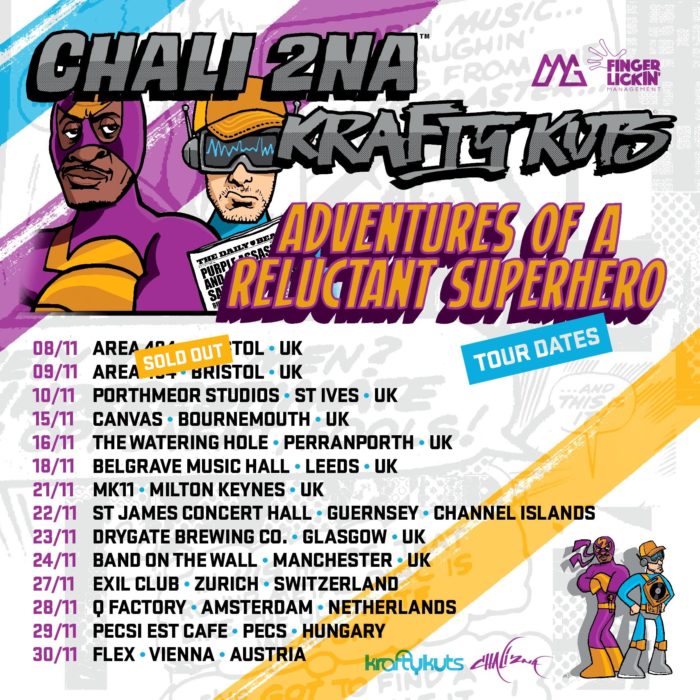 Following the release of their album Adventures of a Reluctant Superhero, hip-hop legends Chali 2na and Krafty Kuts continue their tour across the UK and Europe.

Since the project’s reveal in 2017 with ‘Hands High’, Chali and Krafty have performed well over 150 shows together, not to mention countless studio sessions, in-stores, festival dates and everything in between. Fans have been waiting for their album to drop ever since and now the time has finally arrived to hear the project live and direct, performed in person.

Their live show has already taken the pair to a huge list of cities and festivals since the project began in 2017, and the new album tour began with two already sold-out dates at Area 484 in Bristol, and continues with stops in Leeds, Bournemouth, Manchester, Zurich, Amsterdam and more. Expect freestyles, special guests and a huge helping of the funkiest old-school hip hop that’ll reignite the scene in all the right ways.

The remaining dates include: