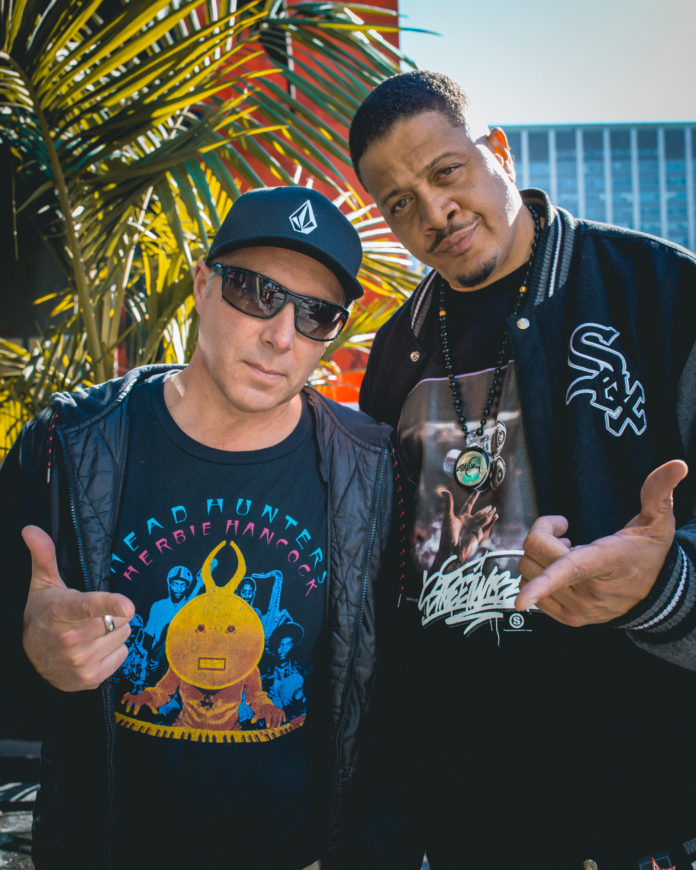 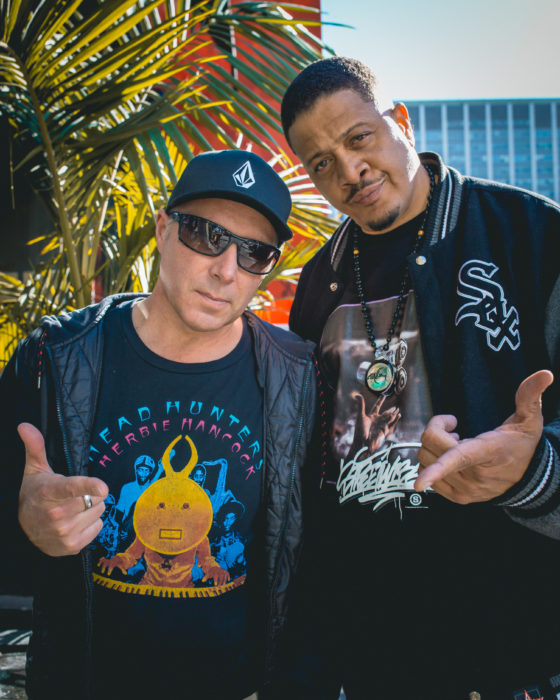 The ‘A’ night of old-skool hip-hop that’d make even the most death metal fan smile. Toby Cryne came, drank and boogied to some absolute floor fillers on a grim Sunday night in Manchester.

“If you’re a fan of the old-skool, let me hear you say hell yeah!” Chali2na yells into the microphone.

The room obliges. There’s no room for musical pacifism tonight. This is a time to put your hands in the air, drop your ass to the floor, and forget about the world outside.

I first caught Chali and Krafty’s show a couple of years ago right here at Band on the Wall. Like this Sunday, I was also hungover and, like this Sunday, also got home completely drunk on good vibes.

I mean, how can one be anything but? Chali and Krafty rep tunes from both sides of their respective coins – from the former’s J5 days to the latter’s Tricka Technology days, with a step-through some of old-skool hip-hop classics.

Throughout the show, audience participation is an absolute must. We’re told to scream, shout “Hell yeah!”, and raise our hands in the air about once every eight bars or so. It’s thrilling.

If you’re not in it for the party this show ain’t for you. My pal Rafi, who was looking a little ropey after his Friday session at The Warehouse Project, lasted about three songs before his legs took over from his brain and he started busting out the shapes.

The main man, Chali 2na, smiles, sticks his tongue out, and raises his hands in the air as he boogies through Concrete schoolyard, What’s Golden, Jayou and Quality Control.

“I guess y’all are fans of J5 then, huh?” Chali says as he guzzles from his water bottle.

The duo throw in songs from their latest offering, Adventures of a Reluctant Superhero, including Waste no Time and Superheroes Anonymous. There’s the mega-mix of classics from Dr Dre, Fugees, Bob Marley, Kurtis Blow for Chali to toast over.

Krafty is like the Jimi Hendrix of turntables. They scream under the command of his fingers as he scratches, cuts, and mixes with the sort of flair that only a classic hip-hop artist can manage. He even leaves his decks to throw a robot dance into the mix.

Shortly before close, Chali turns to the man behind the decks “I just spoke to Krafty, he agrees this is the best show yet” he says. Who cares if they say that at every show?

The world needs more shows like this right now. Too much of our time is spent worrying about the world outside. Whatever your religion, politics, background this show has something we can all relate to – fun.

Whatever the weather outside, Chali 2na and Krafty Kuts are always going to be bringing sunshine to the dance floor. I can’t wait to see them next time.