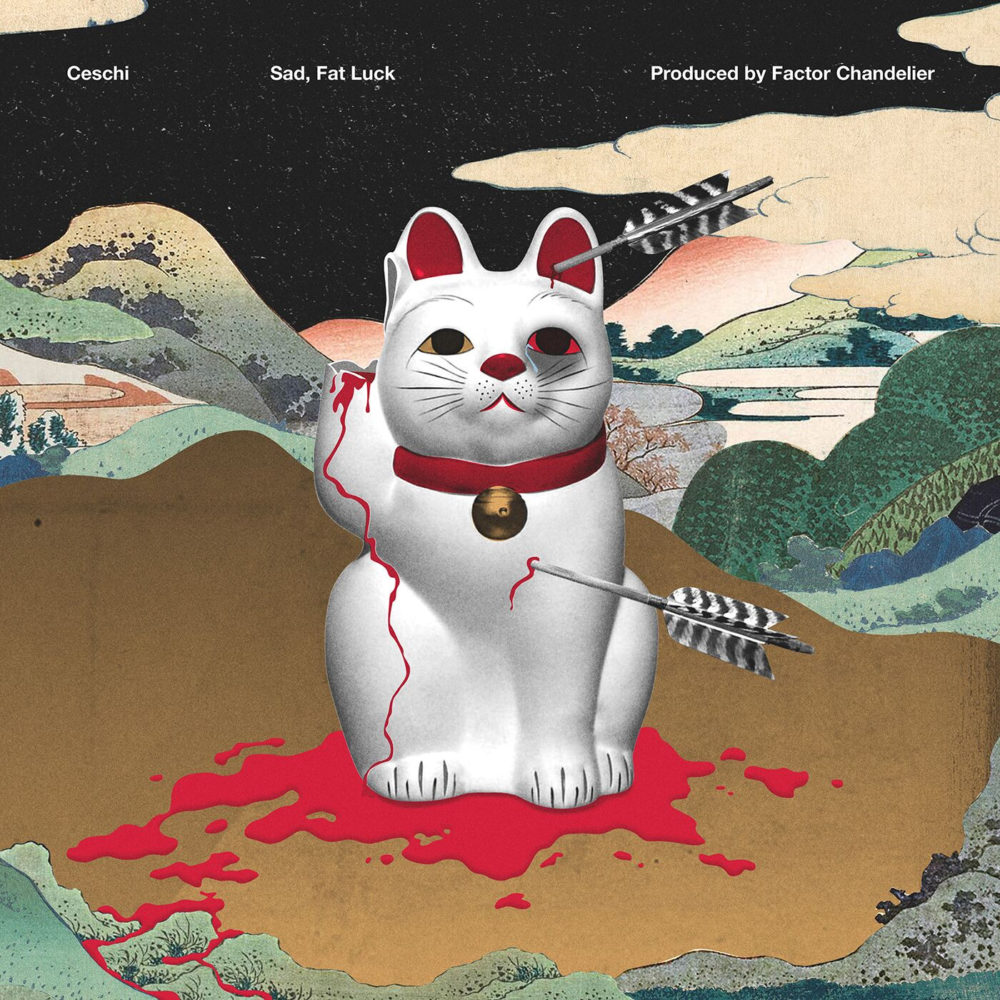 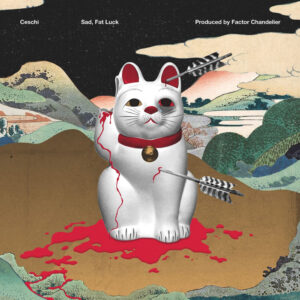 It’s hip-hop, Jim, but not as we know it. Ceschi’s “folk rap for the barely alive” redefines the genre and paints a vivid portrait of Trump’s America, while paying tribute to lost friends.

You probably have a pretty good idea of whether or not you like hip-hop. And that opinion is unlikely to change. But, like the times we live in, hip-hop is evolving, and mutating – look at that recent game-changer by Donald Glover (This Is America), busting the internet by moving the genre into new realms.

So even if you’re a confirmed hater, you might profitably spare a moment listening to Ceschi. He describes himself first and foremost as a singer-songwriter, he plays an acoustic guitar, and on his Facebook page he describes his music as “folk rap for the barely alive.” He’s played in bands described as hardcore, crunk rap, lo-fi synth pop, Latin progressive and psych-jazz-rap; and he cites influences as diverse as Bad Brains and Tracy Chapman, My Bloody Valentine and Os Mutantes.

If you had to define his music now, you might say it occupies a space somewhere between folk-punk and leftfield hip-hop but he just says he’s “hopping genres and spilling guts”, which is as good a description as any. When people on aeroplanes ask him what he does he just says he’s a musician; if they ask him what kind, he tells them he sounds “something like Ed Sheeran” and they nod. Thankfully he doesn’t.

Ceschi Ramos – his first name’s pronounced “Chess-key” – is a Puerto Rican from Connecticut, up there in the top right corner of the USA, and he’s been making music for nearly 20 years, interrupted only by a short spell in jail on trumped-up (he says) marijuana charges. His 2015 set, Broken Bone Ballads, was a cult success and his new album Sad, Fat Luck is a typically genre-spanning / genre-blending affair full of soul-baring folk songs and tongue-twisting raps (sometimes in the same song). So listen without prejudice.

Click randomly on a track and you might find a tuneful pop song (Take It All Back is almost a pastiche of a Sixties singalong tune) or a plangent folk tune plucked on an acoustic guitar (Daybreak) or an autotuned number with sleepy beats (Jobs) or an anthemic slice of future RnB (The Gospel), or even a synthpop ballad (Sans Soleil, Downtown). There’s a narrative thread running through them: on a record he describes as part breakup album and part eulogy to lost friends, part US-born-Latino’s analysis of Trump’s America and part ode to ageing (he’s all of 36), the unifying factor is that these songs are packed with emotion.

On tune Electrocardiographs, over sparely picked piano keys, he critiques a “country obsessed with ultra-violence” before turning his gaze inward to shocking effect: “Never wanted to fuck with crack after I saw how it fucked my father – this life has a lot to offer,” before concluding: “You’re supposed to pose as a poet not grow into another punch-drunk punk, Today I’m only thinking about a population that voted for Trump.”

Say No More, another standout tune, is a lament for lost friends that shows his more pastoral side. Over a poignantly plucked acoustic guitar, a sad remembrance about “another homie who hit the hay” turns into an existential meditation on life and religion, with its plaintive refrain. “Oh lord, teach me differences between right and wrong / Oh lord show me that you exist at all.”

Ceschi is a unique artist who’s paid his dues and is reaching an artistic peak. He released his first album, Fake Flowers, back in 2004, before setting up his own Fake Four Inc label – so named because he was born with only four fingers on his right hand – with his brother David. For the past decade he has worked with Canaadian producer Factor Chandelier, creating his own unique fusion of sounds and pushing back the boundaries of musical genres. It’s the sound of the future.

“Hip-hop as it is, feels like it’s ten genres underneath the umbrella of hip-hop,” he explains. “It’s splintered it to many genres just like saying rock’n’roll could be the Rolling Stones all the way to Radiohead. They’re very very different genres within that category. For me, why not experiment?”