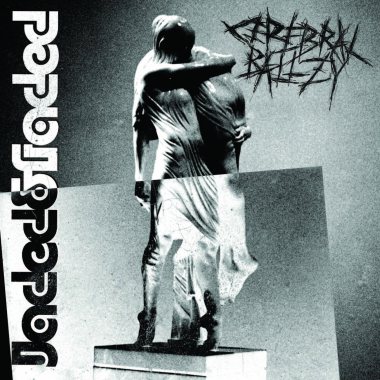 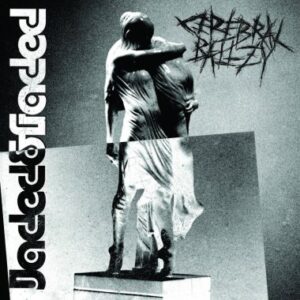 Cerebral Ballzys self-titled debut album (2011) was a work of sheer unadulterated punk-rock genius in a Young, Loud and Snotty cum speed trials kinda way. ( It sounds like Discharge playing the songs of the Dead Boys in a garage as a rough guide.) They were part Bad Brains but more No Brains (the Eater anthem) and full of wit, stupidity, sloppy-but-tight tunes with noise leaking out and slurred and brattily enunciated vocals, singing songs about puke, drugs, fastfood, skateboarding, bunking trains and skipping school. Totally D U M B stuff but encapsulating what is like to be a teenage degenerate in Noo York.

At the same time it was an Internet-Age Geek-composite of all the great Killed By Death themes and the music of many an obscure early 80’s hardcore band. Honor Titus had read all the Stiv Bators lifestyle tips from old-zines posted on webpages and had his hero’s atitude and adenoidal vocal style nailed.  They knew the work of the Zero Boys, Really Red, the Authorities, Cold Cock et al; all the great punk bands only the really serious collector-scum knew about. ( At least, that’s what I reckon, how else could that capture they couldn’t give a fuck attitude?)

So, a few years on , Crazy Abe the drummer replaced, a label run by a hip indie-kid from the Spokes (?), and the difficult second album produced by a name from hip-Indie-circles.  A mature, pensive, musically-progressive Balllzy? Well, not exactly, but in a way, yes.. On first and second listening it was a bit of a disappointment as it doesnt have the series of immediate songs the debut did. Its more considered, more varied n pace and a bit more serious and, believe it or not, romantic. There’s some vaguely political and introspective lyricism but still plenty off goofy knockabout stuff. Musically it approaches indie-rock, cautiously, but then changes its mind and kicks punk-rock-ass. It starts off with a vaguely Vice Squad intro on Another Day but Parade of Idiots reminds me of Electro-Hippies and Heresy with its gear changes and guitar sound. US cult punks like the Zero Boys are still an influence but Ballzy are developing their own sound as-much-as-you-can within hardcore-punk parameters.

The lyrics are almost poetic at times, Titus proving he’s nowhere near as dumb as he is portrayed.  For every  “She’s so rad” and “Fast food/ killed that dude” there is a Lonely As America, a Downtown and an All I Ever Wanted where it seems Titus is starting to see the hollow emptiness at the heart of non-stop hedonism.

Off  With Your Head is a tour de force of violent imagery and romantic lines like “Just because I haven’t been in your dreams. Doesn’t mean magic thoughts don’t belong to me”.

Pretty in the City goes back to finding beauty in self-created chaotic “Let’s get fucked tonight, cos it’s pretty in the city”  A song which is a descendent of the Ramones tales of New York at night. “One of these days we’ll take the town, but for now lets buy a 40 ounce. There are nights I can’t recall at all…

I Wanna Be Your Toy is pure Iggy/Stiv style romance. The guitar hook is great and the riffs are monsters.

A review on a US website seems convinced that Cerebral Ballzy are aiming for mainstream approval but hold themselves back due to an inbuilt desire to stay ‘punk or hardcore’.  This is bollocks as far as I can see.  They just aim to have fun, get wasted but get better at their art/craft/job and they’ve succeeded.

It did take me a while to get into this album as it is a far more complicated beast than the debut. The production is a bit too clean cut at times and the snare drum sounds horrible on some of the faster tracks.  The fact they’ve taken there time and made a different album to the first , a progression and purposeful statement of where they are now, means that it’ll stand the test of time and end up sounding just as great as the debut.

If you’ve never heard (of) Cerebral Ballzy you can tell from the name that they are not; Protest punk, emo-punk, right-on or off-the-shelf punk, pop punk or harder-than-hardcore .  They are however one of the most compulsive, dangerous and unpredictable punk bands I’ve ever seen (live) so therefore, one of the truest.   In the words of the final track All I Ever Wanted  they ” Wear their heart on a cheap necklace, guardians of the slippery slope….” if you know what I mean.

Probably Punk Album of the Year.

All words by Ged Babey. You can read more from Ged by checking out his Louder Than War author’s archive.