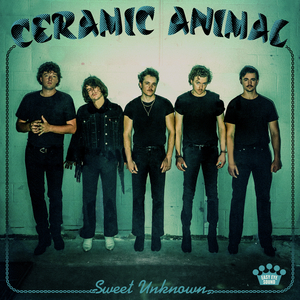 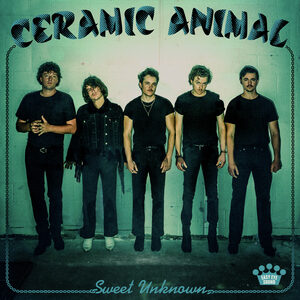 The minute Sweet Unknown, the new album from Ceramic Animal, opens with its warm and inviting Tangled, there is an instant sense of musical sunshine; a classic West Coast sound evoking all that is warm and easy-going and certainly providing some respite from the last dregs of winter. Newly signed to Easy Eye Sound, for this album Ceramic Animal recruited Dan Auerbach of the Black Keys for production duties and recorded the album in Nashville. The result is something which hints at those things in the most subtle of fashions, without box-ticking the kind of pre-conceived expectations that might be conjured. They certainly share Black Keys’ effective, Sixties-inspired simplicity, and the careful craft one might expect the Nashville surrounding to influence. But more than solely absorbing the primitive garage sound their producer is best known for, or any kind of country stylings, this is an album with its feet rooted in the warmer end of psychedelia.

This is not to say that the album is over polished. Tangled segues into I Can’t Wait, a punchy slice of fat free garage, while closer Valerie ends things on a note of unashamed, good old fashioned rock’n’roll. There’s also moments of real beauty here, notably Forever Song and the titular Sweet Unknown. Thoughtful and reflective, Ceramic Animal show themselves to be as capable of real power as they are good-time sunshine vibes. Recent single Up In Smoke sits in the middle of the album, a slice of positivity grown out of mournfulness that is perhaps the album’s best reflection of it’s Nashville setting.

The overall vibe that emanates from Sweet Unknown is an authentic soundtrack for an unmade 35mm reel. Its a kind of long, hazy day of sunshine rather than a full-force UV glare, an album which is well-measured and subtle enough to  know what to leave out as much as it does what to keep in. A triumph in bringing the West Coast sound to the modern world.

Sweet Unknown is out March 4th on Easy Eye Sound

All words by Amy Britton – find more on her archive