Home News Alt Rock News Censorship: A Band By Any Other Name – should bands be forced... 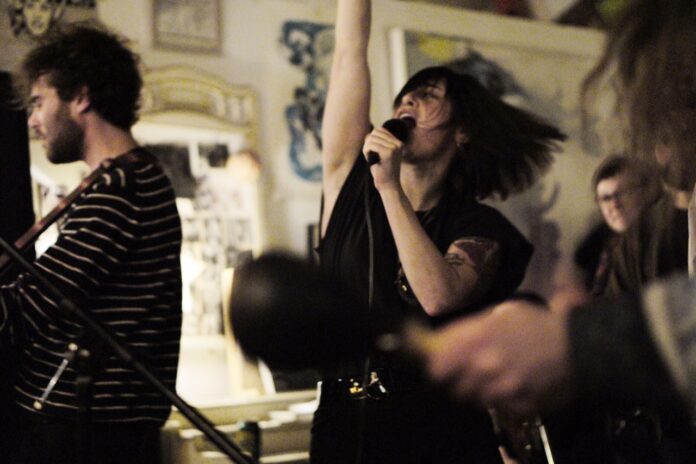 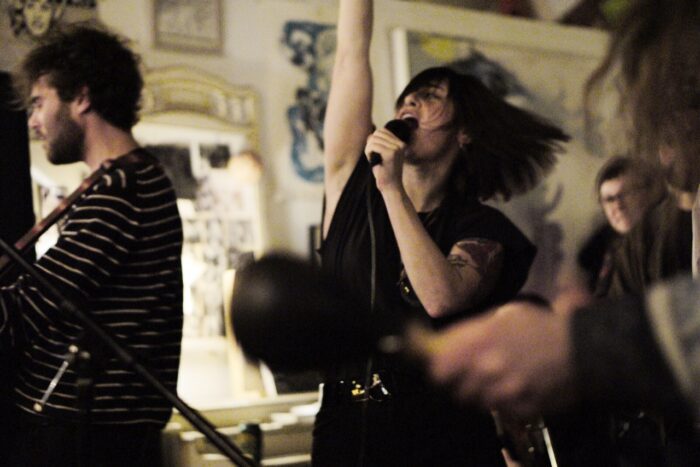 Once upon a time there was Joy Division, New Order, Dead Kennedys, etc., all of which are lauded and revered despite the connotation of their names, and suddenly in 2015 bands are getting banned from venues here in North America due to their chosen monicker. Within the course of a week, two North American bands have addressed the state of their band names out of concern for their public and professional relations, with one apologizing and the other changing their name completely.

Canadian post-punk art-rockers, Viet Cong, recently had a show canceled at Oberlin College, when Ivan Krasnov, the promoter at the private, liberal arts college pulled the plug while issuing the following explanation…

“I acknowledge the problematic nature of a band naming themselves ‘Viet Cong’ and extend my apology to anyone hurt or made uncomfortable by the name and its connotations.”

“The fact that the band openly acknowledges their problematic name, yet fails to change it or do anything about it, highlights this blatantly appropriative move, reinforcing a tradition of American (and Western) orientalism and appropriation.”

“Vietnamese immigrants—the Vietnamese Canadians and Vietnamese Americans—will write us an email saying that their family was tortured by the Viet Cong for five years in a prison camp. … It’s just a band name. It’s just what we called ourselves.”

“Our band, Viet Cong, has existed for a little over three years now. When we named ourselves, we were naive about the history of a war in a country we knew very little about. We now better understand the weight behind the words Viet Cong. While we don’t take any concerns about the name lightly, we feel it is important to let you know that we never meant to trivialize the atrocities or violence that occurred on both sides of the Vietnam War. We never intended for our name to be provocative or hurtful.
We truly appreciate the seriousness of the feedback we’ve received, and we will continue to be open to listening to issues and concerns from all perspectives.
With love from the band, Viet Cong.”

“It’s a little ridiculous to ban bands for their name. We can all think of dozens of bands with really quite offensive names and as soon as you get into being the guardian of public morality, taking it upon yourself to decide what’s OK and what is not, you are acting in an illiberal, undemocratic and anti-progressive way. People should be treated as grown ups, capable of making their own decisions. We should not be deciding for people what we think they are capable of understanding or not. Artists; film-makers, writers, musicians need to be un-censored so they can make their point, political or otherwise.”

Meanwhile in Massachusetts, the band formerly know as, Fagettes, have thrown in the towel on what they considered to be, “the best band name” to become The Barbazons. While the band championed gay / equality causes in the States (Massachusetts was the first state in the Union to legalise marriage equality), the name kept the band from being booked at venues from the west coast to the east coast and generally supplied the band with additional obstacles most artists in music don’t have to face.

“The owner of one place told me he couldn’t book us because our band name ‘won’t fly in the Connecticut scene.’ He took it upon himself to speak for an entire state. We’ve had shows fall through because of the name. On our 2011 west coast tour, the Seattle venue we were supposed to play cancelled because of controversy over the name. As a result, we’ve never been able to play that city.

We’ve actually gotten resistance from people within the LGBTQ community as well as the general population. On the one hand, we’ve played some memorable drag performances and LGBTQ events. On the other hand, our music hasn’t gone into the rotation on one local station because the assistant manager, who’s also gay, hates the name. I’ve spoken with many people who identify as queer, trans, gay, and even the parent of a gay teen, to see what they think of the name, and they’ve been really supportive. Then there are some in the community who think we shouldn’t have the name because there aren’t enough gay members in the band (I don’t know how they decide who in the band is gay and who isn’t – that’s another ball of wax.)

When we began considering a name change, I asked bookers, music writers, and radio DJs from Boston if they thought the name was holding us back in any way. I didn’t think it was, but the response I got was eye opening. Some people in these positions simply aren’t sure how people will respond to the name. They don’t want to be put in the position of defending it, so they simply take a passive stance and don’t engage.

How people respond to the name also depends on location. Massachusetts was the first state in the nation to pass marriage equality, and Boston is a pretty progressive city. But in other parts of the country, the LGBTQ experience hasn’t evolved in recent years as it has up here. The name is viewed differently in those areas because the rights of LGBTQ citizens are more tenuous.

We were playing a show in Portsmouth, NH. The booker told me that several kids from town were boycotting the show and tearing down flyers because they found the name offensive. These are people who like underground music and who may have otherwise come out to see us play.

We’re preparing to release a full-length in April, and Ryan (Ryan Major, singer/guitarist) was having reservations about the name again. He thought if we’re going to change it, now’s the time. At first I wanted to stick with it, but it quickly became clear that other band members weren’t feeling the same confidence. Ryan was sick of having to defend it, and frustrated by the fact that the name is a stop sign. Many people don’t go beyond it to hear the music.

The very same night this conversation started, we got kicked off a show because the touring bands were deeply offended by our name. The bookers tried to explain what the Fagettes are about, but these bands wouldn’t even listen. They said they “didn’t want to argue about it.” And I thought, fuck this once and for all. Maybe these touring bands think it’s about their principles. But to me, this is a group of straight guys telling a bi woman that her band can’t play in a fucking basement. We come up against that dynamic again and again, and I’m so over it.

I completely agree with Andy Gill’s statement. There’s the old, sad battle between artistic expression and capital. But there’s also something else at play – it’s as though people want to believe they’re open, but then when the opportunity for a dialogue comes around, they shut down. For my band, we’ve gotten hit on all sides – people within the LGBTQ community hating the name, progressives hating the name, bigots hating the name, and now people hating us for changing the name. We get blamed for being too gay and for being not gay enough. No one takes a second to simply ask who we are and what our intentions are. The whole thing is very reactionary, and very close-minded.”

Not wanting to let the issue of their name take precedence over their music, here’s Bad Catholics from The Barbazons upcoming release, Avec Plaisir, due out April 21st…

Gang Of Four can be found online here: gangoffour.co.uk, on Facebook, tweeted at as @gangof4official and are on Flickr.