Home Music Interviews Band Interviews Celine and The Blue – interview: “There’s no combination like us five.” 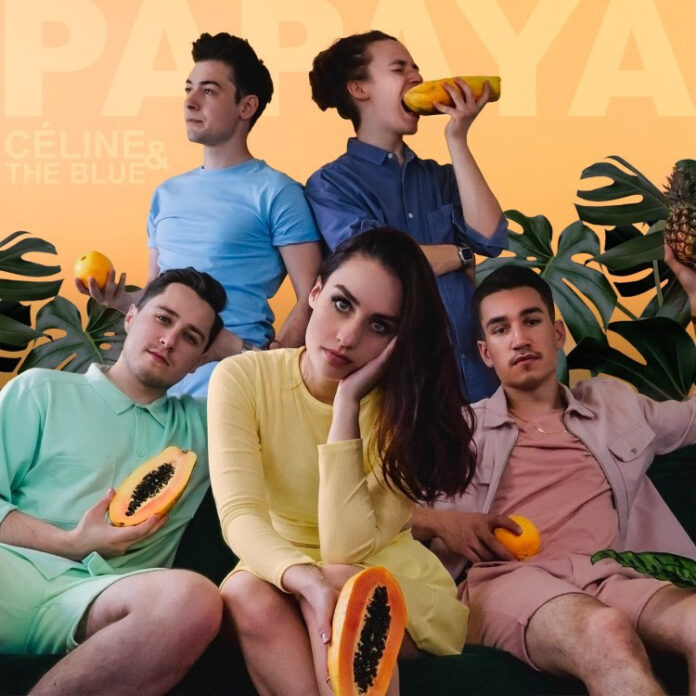 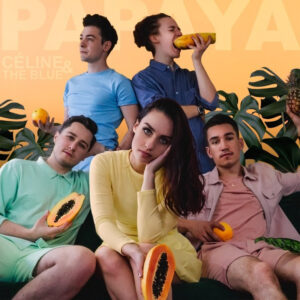 Céline and The Blue are an up-and-coming five-piece band who produce soul and jazz-infused music. A zoom interview with Becca Holden-Sharma reveals the incredible relationship between these young artists.

The familiar yet unknowable sound the group produce never fails to relax those listening and this is perhaps due to the bands’ deep love for their craft. The frontwoman of the band, Céline Xueref tells Louder Than War “I’ve always had little hobbies and stuff so I’ve dipped into a lot of pools but music is the one that’s always remained, I’ve never dipped out of it. I came here for the music. Italy is not the best music scene because in Italy either you’re like Ed Sheeran level or you’re literally no one.”

Céline is one of three band members from Europe, alongside Jarreau Wetzels (guitar) and Enea Lleshi (keys). Whilst Jarreau’s residence in the UK was a decision made by his parents, Enea mentioned that it was always his intention to move abroad. “England seemed like the easiest option. Then I got lucky that it was maybe the biggest music scene in Europe.”

When asked about the songwriting dynamic, Jarreau referred to their process as baking cookies. “Let’s now try a recipe that’s maybe a little harder” (personally I prefer my cookies soft!). Myles Maylon, the bassist seemed a little nervous about writing songs. According to him, bassists just play one note and get on with it! But he knew the band would support him as they’re all “each other’s safety blankets”.” The encouragement the entire band offered Myles when talking about his future in songwriting was heartwarming considering he’s the newest addition to the group, joining in January of 2020.

Céline and The Blue released their fourth single ‘Papaya’ on 25th Septemeber 2020. However, the lockdown was not the reason for delayed production…

Jarreau “Normally we do three days in the studio and record everything and we had done two of the three then we postponed the third one.”

Céline “And why did we postpone the third one?”

Jarreau “Because I decided to be an idiot in the kitchen and cut my finger so I couldn’t play the guitar for a long time because it was a hefty cut. I think it was close to two months that I couldn’t actually play which was very upsetting because music for me is like that itch I need to scratch and I couldn’t really do it in the same way without playing the guitar.”

Drummer of the band, Elliot Yarnall tells us that the studio are to thank because of their hard work in order to get the song out in September. During the lockdown, they also managed to release a cover of ‘Traingazing’ by Sam Willis, keeping their creativity flowing.

Now, of course, I had to ask them about their thoughts on the post-Brexit music industry. After all, they’re the ones it’s going to hit the hardest. With touring being a goal for the band, Elliot responded, “We will need visas if we want to play shows in European countries, which is gonna be a pain to try and get.” But Céline’s concerns were slightly more pressing as she hasn’t gotten a settlement yet. “I’m basically in the UK for the band.” Her pre-settled status allows her to remain here for now but the future is undetermined.

Despite the hurdles the group continues to face, their collective mindset was astonishingly positive. I whole-heartedly believe this is because of their group dynamic. “There’s no combination like us five.” Céline claimed, “As Céline and The Blue, we’re not just musicians. We’re friends. I don’t think that I’ll ever have this sort of relationship with anyone else and we’re sharing that relationship with other people.”.

What makes them unique is the family-oriented motivation that the band have with each other and their listeners. This is conveyed through their music, podcast and Youtube channel (links are below). Enea pitched in to say, “I was gonna the minor nine chords but that works too.”

All words by Becca Holden-Sharma.