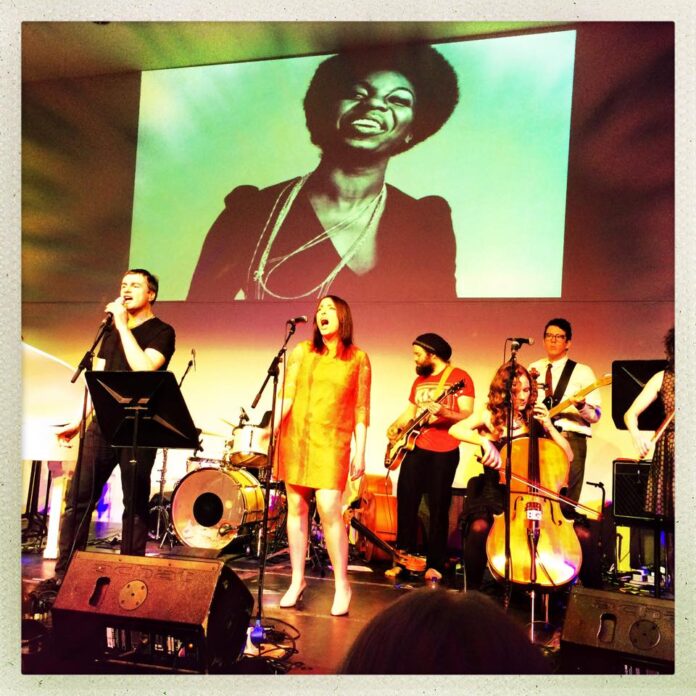 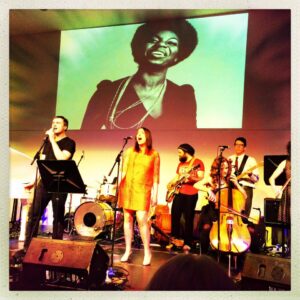 A preview of a tribute to the musical giant from the heart of Glasgow, from Duglas T. Stewart.

In 1994, in a big-top tent on Glasgow Green, Nina Simone played a set as part of Mayfest. A young Warren McIntyre was in the audience, he was loving it and  then something unexpected happened that took it to whole other level for him. Nina invited Warren on stage to dance with her. It was an experience that was both scary and incredibly joyous. It was an experience that he was never going to forget.

Twenty one years later on March 21st 2015 Warren organised a concert at Glasgow Royal Concert to celebrate Nina Simone a unique figure in the history of popular music, as a songwriter, musician, interpreter of song, singer and social activist. Simone’s voice, her whole “thing” was so unique it could seem like an act of great folly for a white Glaswegian “indie” pop singer to try to do justice to her legend.

I remember in the weeks leading up to the March show bumping into many friends in the street who would say something like “Wow, Warren certainly has balls, I mean Nina Simone… I hope it works out for him”. It was a hot topic. It was also brave as Warren didn’t have the backing of some Arts Organisations funding and publicity machine. What if nobody turned up.

I’ve had the pleasure of working with Warren as part of the cast of a series of tribute nights that he has put together in Glasgow over a number of years. He always approaches these events with so much love and unbridled enthusiasm. He also generates an infectious enthusiasm and dedication in those he gets involved.

Through these nights I’m grateful to have witnessed some truly unforgettable musical performances including Stuart Murdoch’s take on Paul Simon’s You Can Call Me Al, fellow Belle & Sebastian player Stevie Jackson do Bowie’s Modern Love and Eugene Kelly owning Neil Diamond’s Girl You’ll Be a Woman Soon. I knew from these past experiences, from seeing Warren’s own band The Starry Skies and by hearing who was going to be in the Nina Simone show band it was sure to be a good show. He had some great players enlisted, including Allen Chalmers on piano, who is one of the greatest and most natural musicians I’ve ever worked with and he had the afore mentioned Stevie Jackson, who always adds an edge, class and an element of fun to proceedings. So although I knew it was a monumental task that Warren had set himself I had faith. I felt that I knew it would be good but I had no idea just how good it was going to be.

The first thing that impressed me, before even entering the auditorium was the level of care and detail in the foyer. There were beautiful prints of Nina hung around the space and projections of carefully chosen quotes from her. Then in the hall when the show started I was surprised by the scale of the band. As well as the core of bass, guitars, piano and drums there was strings, harmonica and brass (and during the show the group kept growing). 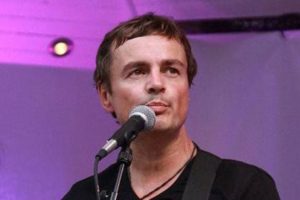 Just before the group launched into the first couple of songs it felt like the audience were actually a bit nervous or apprehensive … was it really going to be okay? Then they started to play and Warren started to sing and within the first few bars we knew this was going to be something special.

I was there by myself and after the first couple of songs I remember, as well as riotous applause, people looking around themselves, at other audience members, with jaws open and smiling eyes. How could what we just heard be quite so incredible, so musical, so exuberant, so soulful? But it was and it continued that way.

There was no misfires, no weak spots. I’m not a spiritual guy but it felt like a whole lot of Nina Simone’s spirit and voice had entered Warren and it was truly magical to witness it. Warren’s generosity and ego-less leadership meant all the other members of the ensemble got to shine brightly with him and one unexpected heart-achingly beautiful highlight of the night was Allen Chalmers’ solo rendition of Little Girl Blue.

I almost started to type “but the night belonged to Warren McIntyre” but that would have missed the point and essential quality of the show. Warren being one of the genuinely good guys knows that the best things in life are even better when you can share them with others. He selflessly put his neck on the line and put his money where his mouth was to share his love and passion for another artist’s work. I know it was scary for him but he realised there was something more important than that fear.

I’ve been at a lot of shows over the last 40 years but I can’t think of any show more celebrational, pure hearted or as lovingly crafted and presented as this one. It’s a show I’ll never forget. It injected a new enthusiasm in me for Simone’s body of work. My only disappointment that night was thinking of friends and loved ones who missed out but now that’s been sorted as Warren and company are doing it again. Be good to yourself and go see the show if you possibly can at the Drygate in Glasgow on June 27th as part of the Glasgow Jazz Festival.

All words by Duglas T. Stewart. You can read more from Duglas on Louder Than War here.