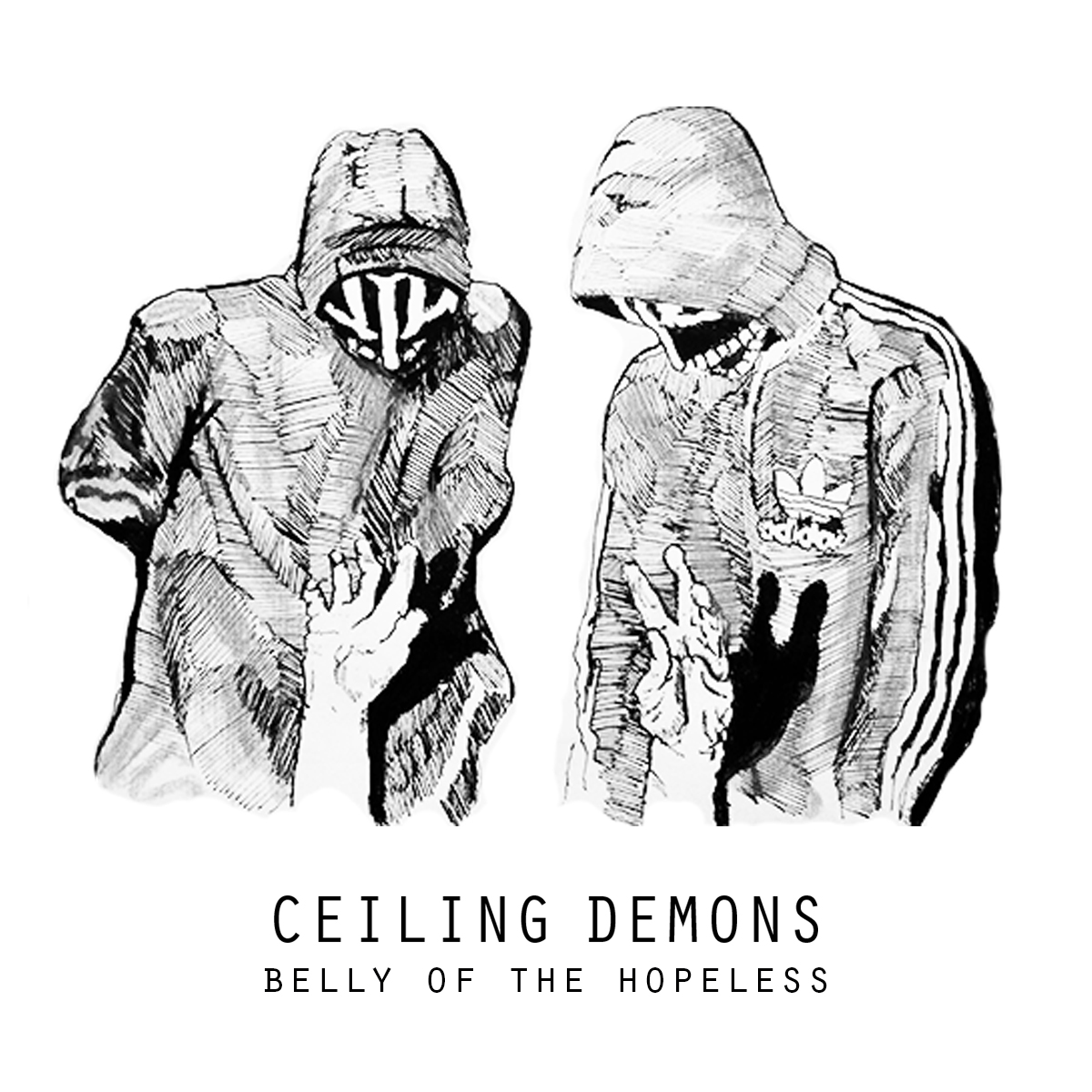 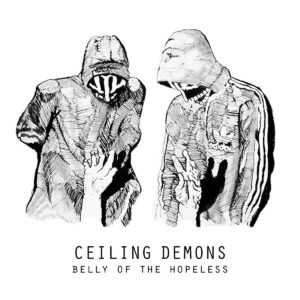 Ceiling Demons – Belly Of The Hopeless

When Louder Than War featured Ceiling Demons back in March 2013 (see here), we certainly weren’t the first to sit up and start taking notice of their very individual style. We also won’t be the last as a plethora of radio stations and presenters have since taken them under their wing and made them their new darlings of British hip-hop.

With Belly Of The Hopeless come six new tracks on probably their finest collection yet. Moving into a far more experimental area than they have ever done before, the tracks are haunting and daunting yet often offer a hope for better times.

Lead track Stones is dark and full of a terrific bass sound as twins Psy and Dan Demon unravel their characteristic monosyllabic rap over a disturbing soundscape. Produced by Jonathan Swift (Outside Your House) and mastered by Faithful Johannes who like his namesake in the Grimm fairy-tale becomes one of the heroes of the day, adding wonderful touches to the tracks.

The track adds some timely reverb effects which lift the track beyond and above any normal hip-hop tune. It’s sparse and empty beauty walks ‘the fine line between torment and delight’ and pieces together several styles and tempos over another throbbing bass backing.

Will Love Return marks a first for the Demons as the vocals are sung rather than spoken. The words are heart-breaking and presented in a truly scary way creating an almost horrifying backdrop as a midway point through the EP. Lyrically it is classic stuff and a perfect vehicle for the band to show a skulking and evocative side to their repertoire.

Missed The Train unsurprisingly, given the lineage of Swift, has nods in the direction of Bristol’s finest in Tricky as it steams along in uncompromising fashion with dark, apocalyptic tones and staggering effects, and Open Eyes has a superb bass ending paired with a loose reggae backdrop.

EP closer, Sundays borrows from Sarah Vaughan’s 1961 version of the classic Gloomy Sunday where the opening line – ‘Sunday is gloomy; my hours are slumberless’ – couldn’t fit more perfectly into the tone and feel of the track. Probably the strongest track in a fine EP, it is sheer quality personified – superb jazz excerpts, another lazy reggae feel and very very accomplished song-building.

Ceiling Demons have produced their finest work yet and continue to mature into a true British uniquity.