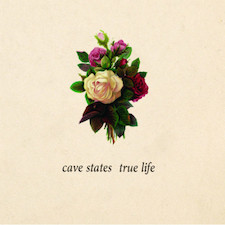 Via the wonders of social media, and a nod from a good friend who’s musical taste is usually impeccable (apart from the prog stuff, Iain Sloan….), I was tipped off about Cave States, a band out of St Louis who comprise and are a collaboration between songwriters Chris Grabau, Danny Kathriner and Todd Schnitzer. True Life is their second album, having come together to record and release The Great Divide in 2013. They are unashamedly Americana/alt. country with a hint of the folk influences that they independently mine on their own solo records. If you’re a fan of the close harmonies and minor key brilliance of  Nadine, The Jayhawks, The Walkabouts or The Pernice Brothers, this will set your heart a-racing. As I’ve mentioned too many times before, much of this genre of music is swamped in the sheer volume of mediocre releases meaning that much of the best stuff remains unheard or ignored. Ignore this one at your peril; this is a diamond in the midst of many average releases. There is a richness and free-wheeling confidence about True Life that elevates it beyond much of the competition. This is a genre that’s very much about songs; songs that tell stories; that weave in and out of day to day life and that stay with you. Thankfully, with songs like the sleek and effortless Commuter with its singing pedal steel (courtesy of long-time collaborator John Higgins) and the serpentine, spiraling guitars of No Words they’ve made a record that stands firmly on its own two feet and demands attention.

Lazy Susan has a dusty, waltz-time feel that sits perfectly in the middle of the album. Take It All is a cover of a Badfinger (they of Apple Records and Beatle patronage) song which suits the bucolic meets  arid vibe of the album very well indeed.

The album title and the band name are apparently from Plato and is an allegory about learning to perceive the true beauty in situations rather than the dark and shadowy sides. I’m not too sure about that, being a philistine, but there’s certainly plenty of beauty to behold in the dark corners of True Life.