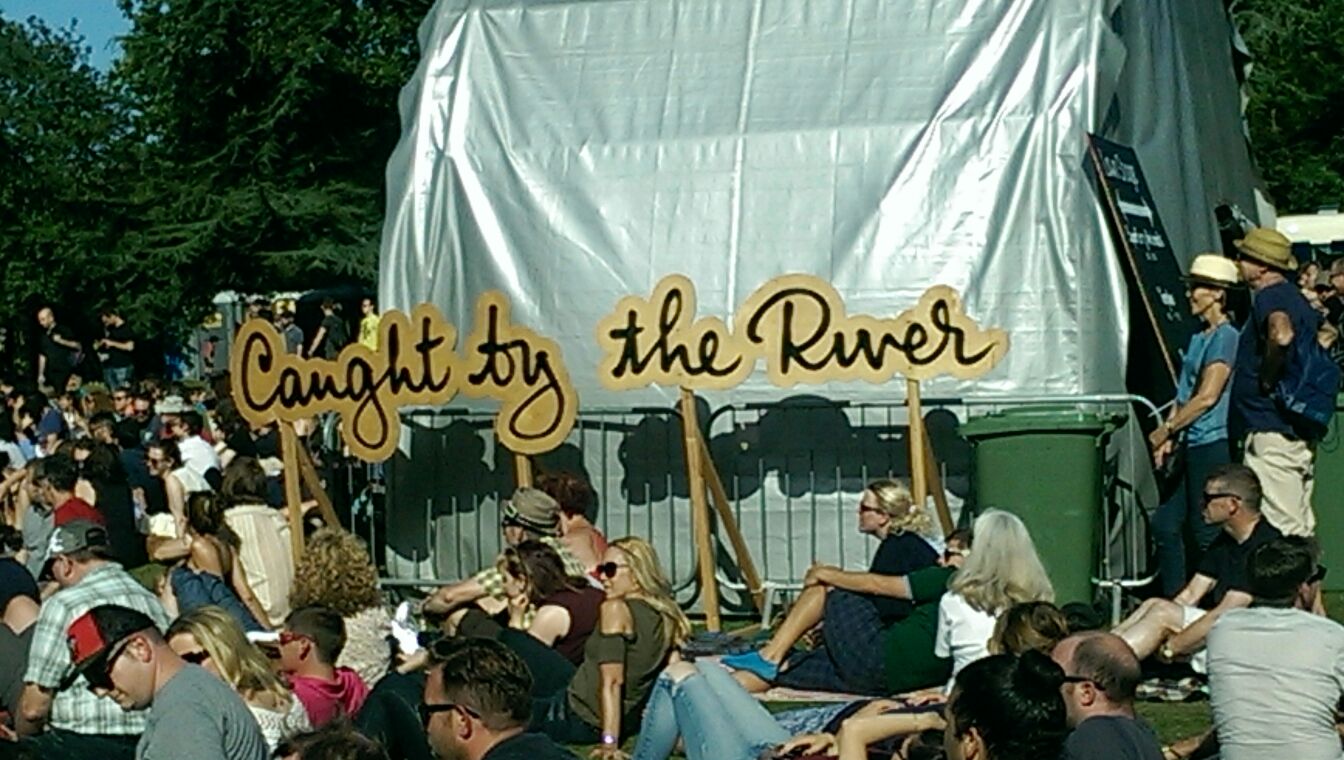 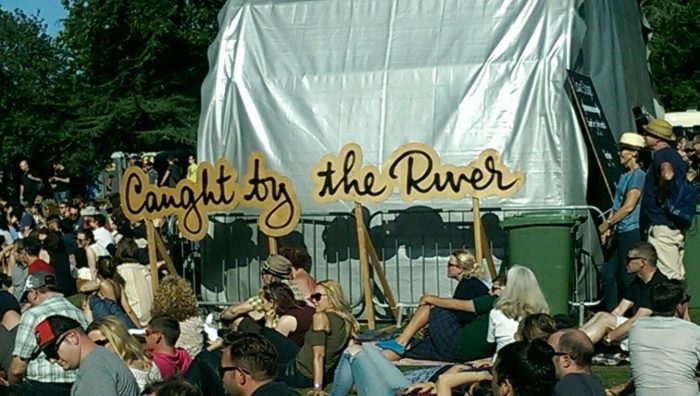 Music, arts and nature came together at Caught by the River Thames – a two day festival at Fulham Palace for ‘thinkers and drinkers’. James Auton reports.

A view that hasn’t changed much in over hundred years, you pass through a French door into the Bishop’s breakfast room, turn left and down a dim corridor interspersed by bright light from a small courtyard to the right as you pass by, into the Tudor building, and right into the Great Hall, chairs to the left and right and under sat by the fireplace, a peroxide blonde, with opaque rimmed glasses and a huge grin.

This is Tim Burgess, of The Charlatans, solo artist and now twice published author, firstly of his memoirs and now this, the subject of the talk we’ve come indoors for, his second book Tim Book Two: Vinyl Adventures.

This is the first act of two days entertainment, from music on the garden stage, poetry in the chapel, nature discussions in the tent, film in the Palace and in the cool room we’re in now, talks on all the above. 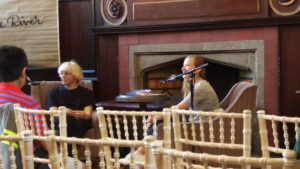 Tim is affable and comfortable talking about his passion, the hunt for vinyl, which is all the more interesting and exciting when it’s for recommendations by his heroes and peers. For the older generation who held on to their LPs or just the affection and also the younger people buying their new favourite bands album on vinyl, it’s either an hour of nostalgia or the spark for a new obsession. It being told by a figure that crosses the demographic after 26 years in the music business adds kudos, a respect, a prestige, seasoning to the story with his own tales of life in The Charlatans and personal anecdotes and warnings.

Back into the sunshine to explore a site that for 1,312 years has been home to the Bishop of London. Now, outside of the house, the lawn is scattered with lounging people, plastic cups of Pimms and beer, smells of Indian Street food, paella, and freshly cooked gourmet burgers. One of the added bonuses is the sprawling gardens, with its rows of flowers, plants, vegetables, apple trees and bee hives. It’s just as easy to while away an hour or two under the shade of the orchard as doing anything else that’s on offer.

Meandering between the bodies stretched out on the grass to find the optimum view at the Garden Stage for Ryley Walker, who is digging out his own furrow in a world full of singer songwriters by fusing gentle folk, prog tendencies, and syncopatic jazz signatures that can lead song intros into wig outs before focusing into a steady structure and catchy Americana.

Funny Thing She Said and The Roundabout stand out, the latter a driving loop of a hook that you fear might not stop and you kinda hope it doesn’t. The intricate and delicate guitar on the former is almost lost in the background chatter of those happy to pay through the nose for three quarters of a pint of fruit and a bit of booze on top of the ticket price to do what they could have in their own garden. Fortunately it rises above their tittle tattle and for those standing at the front it resonates.

Shelter from the baking sun, and a quiet corner to contemplate, the Poetry Chapel was wrapping up with Will Burns, Zaffer Kunial and Declan Ryan, closing the first day of verse.

As the sun slowly crept its way below the house, Beth Orton returns with electronic leaning on a new record Kidsticks, her first for four years. 1973 and Moon showcase this the best but she doesn’t ignore her back catalogue, Central Reservation being a highlight.

Low round off the evening’s jollities by stripping it back as darkness descends and almost disappearing all clad in black. For a rare day of unspoilt sunshine and a unwavering feeling of laid back relaxing sounds, the veterans maybe don’t quite fit the mood. Perhaps the organisers wanted a fall guy for an inevitable rain cloud that fortunately never arrived. If anything it fell a little flat for most but the diehard fans.

Chris Packham is interviewed by Lauren Laverne on the Garden Stage, to avoid a rush and a crush to into the Great Hall inside but maybe someone should have told the soundman who leaves the levels pretty much the same as if you were sat in a hushed hall. Combined aeroplanes and chattering people prevent anyone but those leaning against the barrier to hear everything that is said. When you could, the interview is absorbing and a balance is met between the wildlife expert today and the punk mad teenager, Laverne now a seasoned pro at coaxing the gold out of a brief time with someone.

Welsh songstress Gwenno has a drummer wearing a onesie that may or may not be that of a brown spotted cow. Regardless of whether he was slowly cooking inside it, it did not deter him from leathering the living hell out of his drumkit, raising the pleasant synth pop a level or two. 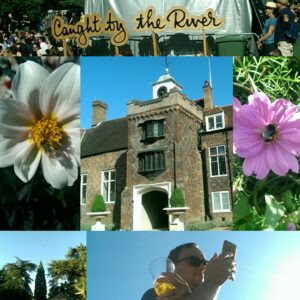 Temples have been away a while, seeking their fortune State side where they have been earning a steady fan base with their psychedelic rock. Debut album Sun Structures was Rough Trades album of the year in 2014, and they are teasing what is inevitably their second record, this afternoon.

Roman God-Like Man is noticeably heavier than the likes of Shelter Song, the latter is more Pink Floyd meets Fairport Convention whereas the former is shaking hands with Led Zeppelin.

Other new song Certainty continues on a similar vein, beefing up their sixties homage, moving into the seventies and a harder edge.

Super Furry Animals do what Super Furry Animals do best. They don’t conform, they don’t adhere to a stereotype, they don’t give a fuck. As the ”Man” didn’t nearly two decades ago. They play the hits (Something for the Weekend sadly lacking in its twentieth year) but Rings Around the World gets an early airing, with Juxtaposed with U, Do or Die, Golden Retriever and If You Don’t Want Me To Destroy You scattered across the set. It’s a more fitting headline closing act to end a couple of barmy summer days.

“All is as it was as we make our way back along the Thames to Putney Bridge, the old souls still sleeping unaware, hands lightly touching, as the river bends in a gentle arc around them. Mood Indigo. The White Peacock. The walled garden and the low door” – An extract from Sunday Afternoon at Fulham Palace by Elizabeth Spires.

All words and images by James Auton. His author archive is here.