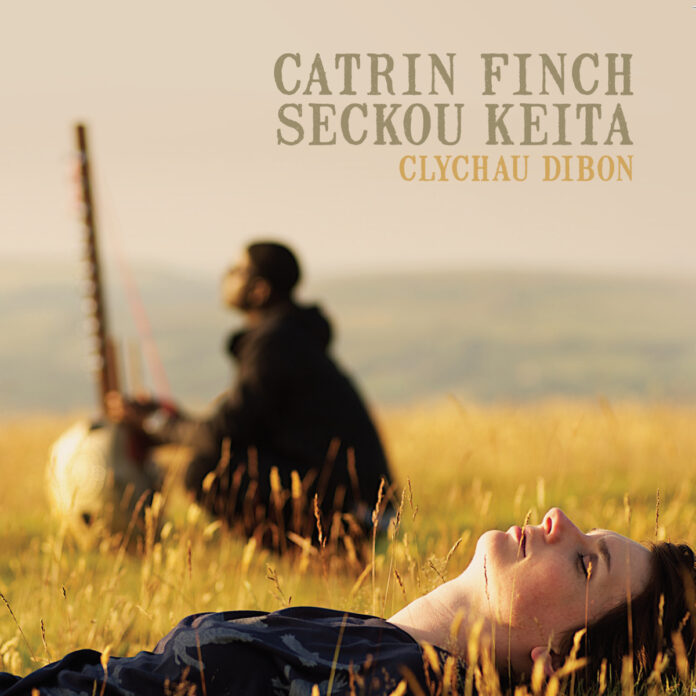 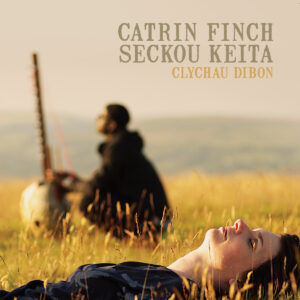 Clychau Dibon, the collaboration between Catrin Finch and Seckou Keita was one of Louder Than War’s albums of the year in 2013 and deservedly so. Finding common ground between the centuries old musical traditions of two diverse cultures, these two supreme exponents of their respective instrument fused sounds and influence to create an album that was received with widespread acclaim. This is an album of passion, invention, spontaneity and intrigue bound up in the hypnotic sound of two ancient instruments, the harp and the kora, both of which are descended from the hunters bow. Both instruments also probably developed to help storytellers, bards in Wales, griots in West Africa, to sing the praises of great men but on this album they combine perfectly to deliver some amazing sounds. The Manding are an ancient people who now live in Senegal, Gambia, Guinea and Mali and, like the Celts of Wales, have a rich tradition of language and culture bound up in their history and folk tales so there are rich influences for the music that Catrin and Seckou produce.

The setting in Wrexham could hardly be more appropriate, The Catrin Finch Centre, and offered just the right level of intimacy as the two musicians walked out into a hushed, expectant atmosphere. The first impression is of the power in the sound that is conjured up by these complex and apparently gentle instruments as tracks from the album are delivered perfectly.

The tracks Clychau Dibon are representative of the cultures and influences of both musicians so Genedigaeth Koring-Bato is about the development of the Kora instrument and its greatest exponent who toured Wales with Catrin Finch, Toumani Diabate. Llongau Terou-Bi recalls ships in harbour at Caernarvon but transported to a port in Senegal. This is very much the theme of the evening, celebrating the traditions of both backgrounds with similarities and contrasts. Les Bras De Mer continues the theme of the power of the sea that runs through the album, as does Ceffylau. The excellent Future Strings sees both artists, intense in concentration but also clearly relishing the challenge and pleasure of playing with each other with smiles never far away.

Robert ap Huw meets Nialing Sonko combines the sounds of the earliest known Welsh Harp music, written apparently in a sort of code, with the Senagalese influences to tell of the medieval Welsh musician in an imaginary meeting with a ruler who was far too interested in taxes. Possibly the most powerful moment of a stunning evening was the performance of a song that is not on the album, Treweryn. Recalling the events of the 1960’s that saw a Welsh valley flooded to provide water for England, this haunting classic sees both Catrin and Seckou deliver superb vocals.

The explanation of the workings of the kora and harp given only served to enhance the quality of the evening and admiration for both performers. This was an outstanding demonstration of the power of two ancient instruments delivered in a way that left the audience spellbound for the duration.