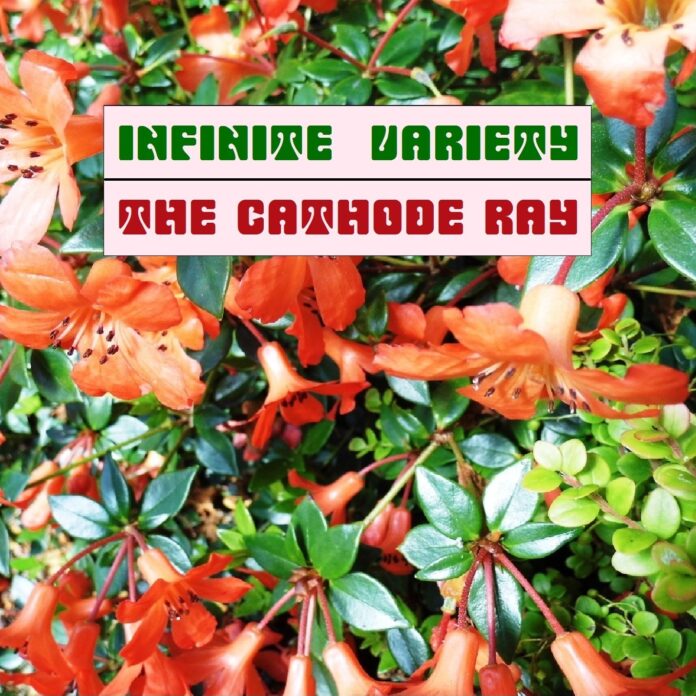 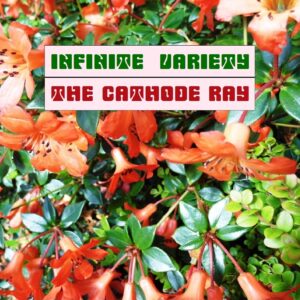 Following the test-tube conception and flawless delivery of their 2012 debut album, Edinburgh post-punk conceptualists The Cathode Ray have proudly announced the arrival of its sibling long-player. ‘Infinite Variety’ is a rather more adventurous progeny, serving almost as a reductio ad absurdum of the entire post-punk indie pop genre from the 80s through to the mid-90s. Whether that’s a stroke of genius or abject insanity is in the ears of the listener. Perhaps it’s helpful to take a couple of paragraphs to put this grand scheme into context.

One of the distinctive strands of post-punk ideology in the 1980s was the ‘anti-rockism’ conceit. The term was coined by Pete Wylie of The Mighty Wah! and popularised by quintessential music journalist Paul Morley. Anti-rockism was a self-conscious, reactionary critique of what was then perceived as the sexist, patriarchal and elitist nature of rock music.

This ideology, in coalition with the rather over-wrought gender guilt politics of the era, also shaped much of the ‘indie’ music of the 80s and 90s, from the C86 scene’s fetishisation of amateurism to Blur’s Mockney affectations and, more successfully, Suede’s stylish re-invention of Glam’s glory years.

The Cathode Ray’s frontman Jeremy Thoms was prototyping his pop-art experiments long before Damon Albarn donned his lab coat, so it’s perhaps not surprising that ‘Infinite Variety’ is such a confident, expansive creation. The chicken-wire guitars of Thoms and lead guitarist Steve Fraser squawk and cluck with impressive verve end skill throughout, while bass-player Neil Baldwin and drummer David Mack purvey a brittle spine that is almost industrial in places. At times, I’m reminded of The Feelies’ jittery, perpetually nervous debut album, ‘Crazy Rhythms’.

Lead single ‘Resist’ rides a herky-jerky cut-time rhythm and could neatly soundtrack DNA nanobots busily going about their microscopic business. Following track ‘Nowhere At All’ is not, sadly, a cover of the fiery Lou Reed rocker, but is nevertheless one of the more immediate tracks on the album, a hook-laden delight, harking back to the irresistible pop-perfection of The Cathode Ray’s sublime debut album.

The whirring clockwork chime of ‘Buck the Trend’ introduces a welcome foray into Stranglers-esque prog-pop. Indeed, it’s easy to detect a Hugh Cornwell influence in the almost Beefheartian, atonal guitar bleats that provide a counter-point to the album’s pervasive sense of melody.

Devo and Kraftwerk are also brought to mind by the arch, cerebral intent of ‘Infinite Variety’. Classic power-pop of the Todd Rundgren variety is marbled through the album and XTC’s clever angle-pop is in the mix, too.

Such is the psychical nature of the album that at times it appears to have been conceived and manufactured by disembodied intellects who have eschewed their carnal form. Attentive listening to the lyrics reveals another story, as the album unfurls an all-too-human narrative arc concerned with the journey from futility to salvation and redemption.

There are glimpses of implied Latin rhythms in some songs, notably ‘Nowhere at All’ and ‘The Eyes Are the Window to the Soul’, suggesting a fruitful direction for further travel. As it is, the listener is left in a state of anticipation, waiting for the bass to swell and a sensuous samba to break on the parched beach. The Cathode Ray’s tightly wound art-pop could blossom into a new variety of exotic flora if it embraced the sparkling bossa-pop confections of Marcos Valle or even Jorge Ben’s mystical samba-funk alchemy.

Ultimately, ‘Infinite Variety’ exists in its own eccentric universe, where Buzzcocks are given the Devo treatment and Britpop’s emblems and accents are reacquainted with its progenitors. Crack the double helix and these test tube treats for pop conceptualists reveal their humanity.

All words by Gus Ironside. More writing by Gus can be found at his author’s archive.