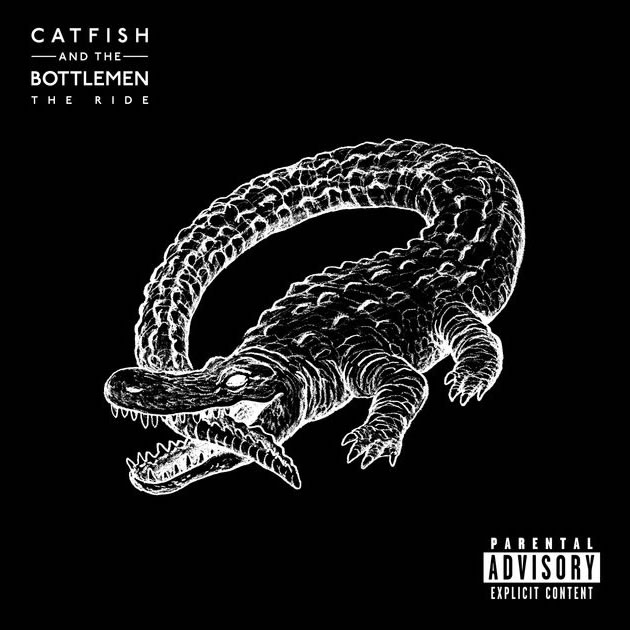 Catfish and the Bottlemen – The Ride 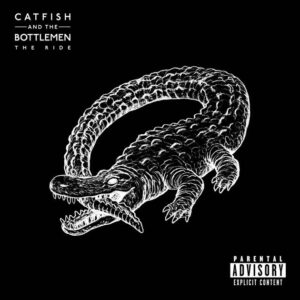 The ambitious rockers play to the gallery on their pumped-up sophomore, but is The Ride worthy of admission? Sam Lambeth makes sure he’s tall enough.

Catfish and the Bottlemen’s 2014 album The Balcony shockingly made the Llandudno band one of Britain’s biggest outfits, despite it displaying the kind of unfashionable guitar thump last heard crowed by The Pigeon Detectives, a hungover drawl of a vocal and a surprisingly salty lexicon. What it did have, though, was hooks aplenty, and frontman Van McCann made no secret of his arena-sized ambitions.

Like Kings of Leon and Oasis before them, The Ride is the four-piece’s shameless swing for stardom, taking The Balcony‘s universal approach and beefing it up in super producer Dave Sardy’s studio. However, you only have to look at the artwork to know things have changed – while The Balcony alluded to teenage sexual abandon, The Ride features a crocodile biting into its own tail. Wanting to eat one’s own words, maybe?

This theme of regret hangs heavy over the lyrics, and despite McCann preaching his songs are for the lager-loving purists, there’s a lingering sense of contemplation that runs through opener ‘7’, as McCann gives their stage tech a nod by saying “Larry, call a load of smoke in / I wanna disappear for days” before the chorus stops time as McCann wrestles with his conscience. Similarly, ‘Twice’ sees McCann lament over “every ex I didn’t treat right”, before swallowing his ruminations with a taut cry of “Christ, I ain’t ever going back to thinking straight.” Similarly, where on ‘Hourglass’ he said “I wanna carry all of your children and I wanna call them stupid shit,” on ‘Anything’ he sighs “I don’t wanna picture our first-born / If you’ve stopped discussing names with me.”

If lyrically the mood is a tad more sombre, musically McCann has fleshed out the sound to contain more than just meat and potatoes. ‘7’ and ‘Twice’ glide along on twitchy but melodic riffs, while fans of the band’s more lo-fi moments will enjoy the jaunty acoustic shuffle of ‘Glasgow’. ‘Emily’ and ‘Postpone’ have the grit of their debut, but the statement-of-intent is supposed to be ‘Soundcheck’, which sounds like 2007-era KoL before rumbling into an ominous, jagged guitar riff and McCann’s hushed howl, before the pounding hook comes sweeping back in.

The only trouble is that while these songs would easily creep into the top 10 back in 2007, these days it’s hard to imagine these songs elevating the band to Glastonbury headliners. They’re sharp and catchy, but musically it’s still something the radio heard constantly back when Luke Pritchard first started destroying his sperm with drainpipes.

The Ride certainly boasts a lot of highs and lows, but in the end, it’s certainly worth at least a couple of go’s.

Watch the video for ‘7’ below: