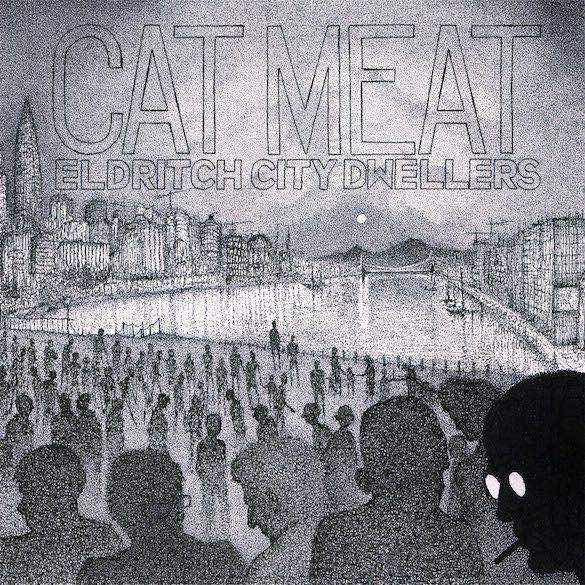 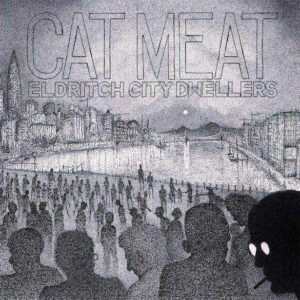 Download only – name your price (even if it’s nowt)

Alt. country blues band Cat Meat have a new album out and, as per all their releases, it’s downloadable on a “name your price” basis – even if that’s nothing – which, for a band Dan Lucas refers to as arguably “London’s best exponents of modern Americana”, can’t be bad.

One hot, dry day in Arizona ten years ago this July, my family and I were driving the 13 hours from San Diego to the Grand Canyon. Along the way, with my father determined above all else to try some authentic Mexican food, we stopped in a dusty town, apparently lifted from a 1990s Western, called Needles. Here we stopped for the single most disgusting meal I’ve ever eaten: the stench of death and sewerage expelled from the chicken in the fajitas the moment it was punctured by my teeth.

To this moment I’m convinced that I ate pet food that day, which is an unfortunate memory to associate with Cat Meat: there’s a chance the band may be London’s best exponents of modern Americana and there’s no question that they’re its most authentic. The subjective wretched imagery association is inappropriate given the delicate, saddened beauty with which their discography to date is imbibed and which is expanded upon on second album Eldritch City Dwellers.

Dwellers, as your lazy critic will be referring to the album henceforth, feels more like an expansion on Cat Meat’s sound than anything completely new. “The rule is that anything goes as long as it still sounds like Cat Meat,” says their bio and certainly this record feels like a band that have more ideas around their current aesthetic to explore. The same elements that comprised their 2012 self-titled début and last year’s Scarlett Belle EP remain – the light acoustic guitar, the sparse, chiming piano – but here they’re now given equal footing with the alt-country staple lap-steel guitar and there is a far heavier focus on Louisa Wood’s violin.

Wood is a newer addition to the group and offers them a completely new dimension. Opening track ‘A Regal Howl on a Czech Carousel’ begins with a swelling string intro that could have been lifted from an old Disney film score. Its placement as our introduction to the album feels like Cat Meat’s way of showing us how confident they are with their new elements. Wood is clearly a brilliant violinist as she switches with ease to more experimental sounds throughout the album, at times reminiscent of Jonny Greenwood’s There Will Be Blood score, at others closer to former Arcade Fire violinist Sarah Neufeld’s Nils Frahm-produced solo album. Vocalist Phil Rogers too comes across as a more assured, mature singer. On Dwellers he is regularly happy to take a backseat, his Mark Linkous-like voice – rasping, fragile, yearning and seemingly on the verge of cracking into a thousand pieces – is very much a component of the songs rather than the centrepiece.

Eldritch City Dwellers – on reflection, this album deserves to be referred to by its full title – is an album that subtly demands its listeners attention. Played as background music there’s a danger it might feel one-paced, but this is less a criticism and more praise for the subtle shifts in tempo and mood across the ten songs. It’s these subtleties that give the album its depth, its evocative nature. The intertwining layers of slide guitar on ‘Receding Jesus’ or the harmonica that fades slowly in and out of focus on ‘A House is Not a Motel’ (the weird song titles are, admittedly, at odds with the melancholy nature of the songs) to name but two examples.

There’s no question that, as warm and beautiful as the music Cat Meat produce may be, there’s a definite sadness to it. With that in mind, here’s a thought to upset you: the wonderful, impressively professional Eldritch City Dwellers is self-released on Bandcamp . Kasabian, on the other hand, have a major record deal with Sony. Fuck this industry.

Cat Meat can be found at the usual places online: Facebook, Tumblr, Soundcloud, Bandcamp (where this and more work by them can be downloaded for free) and they tweet as @CatMeatMusic.