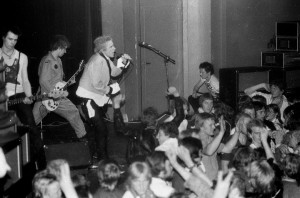 Filmmaker Ayesha Plunket has begun casting for a potential Sex Pistols biopic due next year.

Ms Plunett, who has been working on the biopic for 18 months with Starlight Films, told the Daily Star: ‘We were impressed by the box office takings for Bohemian Rhapsody.

‘It only goes to show the public has an appetite for these films.’

The company is about to start the casting process and have say they already have a wishlist for who they want to play main characters Malcolm McLaren and Vivienne Westwood.

Hope they get this film right – it’s not an easy story.