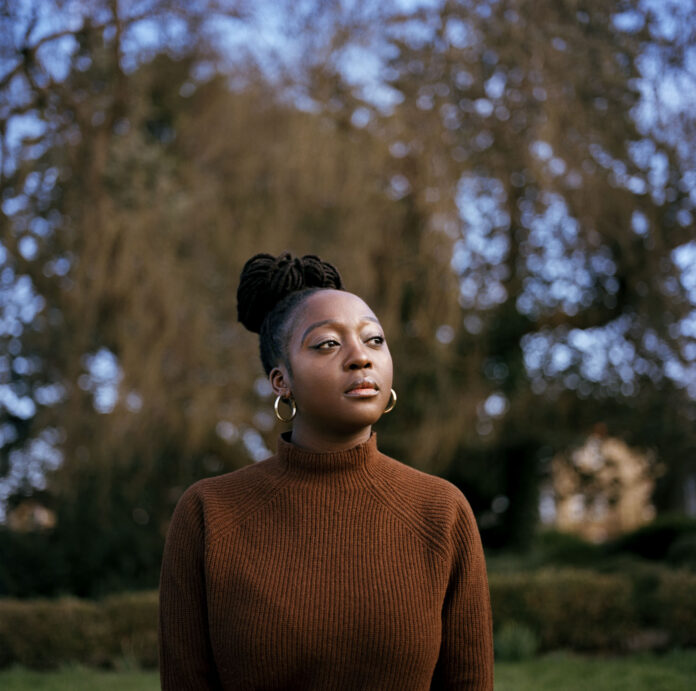 At King’s Place, Cassie Kinoshi with long-time collaborator visual artist Anne Verheij, presents echo. as part of a suite of 3 exciting broad reaching experimental curations for her role as Artist In Residence for London Unwrapped that takes place across two days on 19th and 20th November, and also as part of EFG London Jazz Festival.

Cassie Kinoshi is a cutting edge, artist who is pushing the boundaries as an alto saxophonist, composer, arranger, experimental collaborator, bandleader of Mercury Prize nominated seed. and band member of KOKOROKO and Nérija. She has revealed the stunning trailer for echo. – an immersive, audio visual installation inspired by her London experience.

Filmed entirely using handheld cameras, echo. is an audio-visual triptych with London as its main character. Day-to-day experiences of London life have been manipulated through exploratory editing and camera movement, creating an encapsulating visceral experience of the ever-changing cityscape. The electro-acoustic score uses field recordings captured around the city; familiar sounds of trains, crowds, park life and traffic are altered and re-conditioned into the unfamiliar. A string quintet, blended with synthesisers, was recorded by members of Chineke! Ensemble and provides ethereal textures, to create an evocative, ever-changing soundscape.

Cassie is much more than simply a jazz artist curating a jazz series! For her three Kings Place curations, Cassie has delivered some cutting-edge collaborations into electronic and experimental genres, from new compositions, to the debut of Cassie’s new band with pianist Piera Onacko, all epitomising her mercurial creativity and expression.

The other two curations include Aurora Orchestra with Cassie Kinoshi on Saturday 27th November, a special new collaboration with members of her Mercury Music Prize-nominated ensemble, seed. The night features a newly-commissioned work by Cassie, written for Aurora and seed. which is an ode to her Caribbean/West African grandparents and takes inspiration from childhood memories relating to her heritage. This jointly curated programme will also include Hannah Kendall’s Vera, John Adams’s Shaker Loops and new work from seed. Tickets here.

Cassie Kinoshi, London Unwrapped Artist In Residence said “It’s an honour to be Artist In Residence for London Unwrapped at Kings Place, who I’d like to thank for allowing me the artistic freedom to curate this exciting series that I’m delighted to finally unveil. echo. is an exploration of what it means to grow and attempt to connect with both yourself and others in the city of London, extrapolated into sound and visuals. With Aurora Orchestra I sought to create four pieces which celebrate and capture the poetic beauty of my childhood memories and encounters with the countries of my Caribbean and West African heritage. With Synthesis, I’m looking forward to debuting my new band with Piera Onacko and showcasing Lunch Money Life and Joviale.  I want the audience to leave having been taken on a personal journey influenced by the city’s musical landscape today, woven via a series of captivating sonic and audio-visual experiences. Come to all three and take in the full experience!”