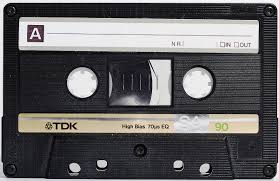 After decades of being stuck with their irritating hissing poor sound quality it seems that the humble cassette is back in fashion.

In what seems to be an extension of the vinyl snobbery the cassette has returned as a symbol of the golden years or something with some people even claiming them to have superior sound quality. Does this mean the pencil will make a comeback to spool the shitty tape back into the case when it falls out?

Can anyone explain this!?