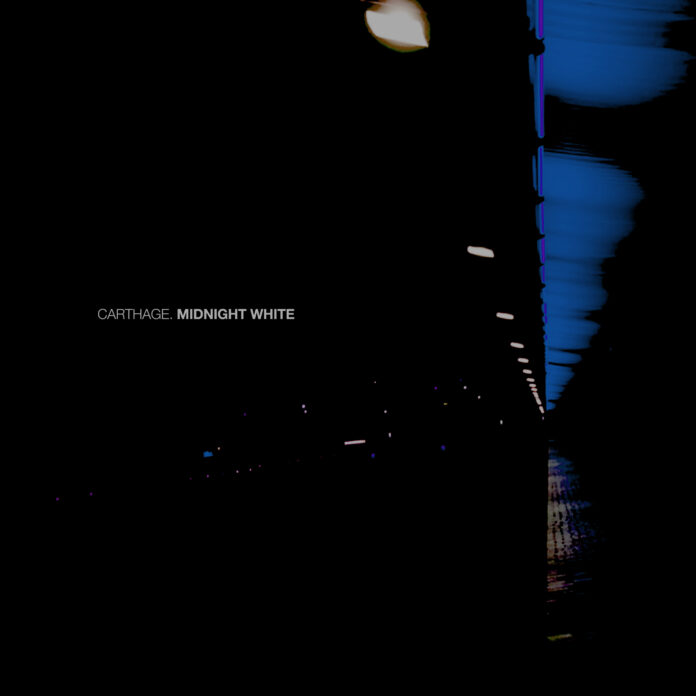 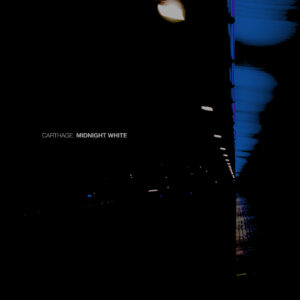 Damian Bennett started releasing music under the name CARTHAGE back in the 1990s. At that point Bennett, later founder of various projects including Cortex, Deathless, Khost, was collaborating with Techno Animal.

At the same time, as Damian stresses, Carthage has always existed for him in one form or another, while such projects as Khost are ongoing. “CARTHAGE has been something that just appears when the time is right. Like a phone ringing somewhere.”

Talking about the project now, Bennett stresses that there’s no one formula with CARTHAGE. A good example would be Tinseltown – a combination of growing pressure and The Birthday Party’s violent radicalism.

“The opening is meant to represent a large steel door/roller-door on a warehouse opening up. In it we maybe find a large metal fusebox fixed to the wall and push big… So it’s a potentially hazardous action, and we don’t know if we should be there in the first place. That uncertainty of tone, the taking over of the space, that is part of the song, to look for a way to destroy parts of the past”

My analogy with The Birthday Party sounds perfect to Bennett, who recalls Junkyard-era saying: “I imagined them in a warehouse, with a bonfire for warmth and light and that was what I was trying to channel.” Nothing unusual and relatively simple punk-type-of-attitude. Basic drum kit, bass amp, metallic-type-of-electronics – all set up together recording a session for all night. “If I really had a band like that I would die happy,” comments Damian.

His inspirations are specific. Bennett recalls seeing The Cure at the beginning of 80’s during the Faith-tour: “I wanted to delve into that discrete, simple plane of the three-piece Cure, including their film Carnage Visors….”. One of the most depressive and emotional eras of The Cure, also has its fingerprints on Bennett’s work. 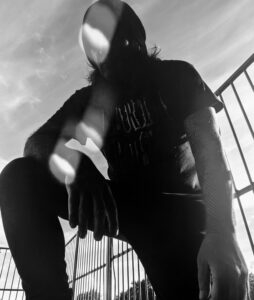 CARTHAGE creates the feeling of the conceptuality incorporating random recordings. These little details are constantly pushing your curiosity and questioning: Why put the sounds of railway here? Why use these sounds on the background of the recording?

“I think of them in almost a photographic sense,” says Damian. According to him, the photographic sense of Midnight White arose from Bennett’s artistic desire to capture the things on the background, almost out of the focus and “…Maybe not as prioritized – unlike the “main event” like building or a person”.

Bennett’s analogy is a bit different from mine. But definitely important: “Travelling on the motorway, I am always glancing at one side and looking at small roads off to the side or service entries and exits for motorway maintenance,” he laughs. His love of ambient sounds is indisputable. But what usually happens as random accidents – over jams and tuning – for most of musicians sounds like a reality Bennett is living in. Like a Dadaistic-sort of magnet for random sounds.

Sounds of weather changes on Filthy Consumption, recordings made on the streets on Cold Velocity, wind, constantly opening the doors, voices on Next To You. Or interacting vocal parts on Arclight. Bennett stresses that all the sounds he’s used are natural: “Paris metro trains from a tape of mine many decades ago, incidental small sounds… and they made their way into the album over the course of months.”

I start to understand Damian Bennett after the man behind CARTHAGE draws the parallel with Taxi Driver: even in tense\worrying scenes you still have either kids, playing on the background, sounds of noise or traffic jams. “They offset the drama” says Damien. “The trick” Scorsese used in order to expand the space of the image also works with CARTHAGE and Damian, who’s not afraid to get into something more-or-less structural like Bride In White.

For Bennett, it was not the first time to work with Justin Broadrick. Previously, Damian performed with Techno Animal, as their live bass player as well as recording some projects at Avalanche Studios. Damian recalls the work on Bride in White:

“Justin [Broadrick] added a layer of guitar: one day, there it was and then I couldn’t hear the song any other way, than with this guitar. As the guitar tails out, I feel like it’s a small entity slowly travelling off into space.”

Space is the first word that comes to mind thinking about Midnight White. Definitely, a complex record in various forms.

Midnight White is out now via AVALANCHE RECORDS.