Home Blogs Carter USM interview – we talk to Fruitbat and Jim Bob as... 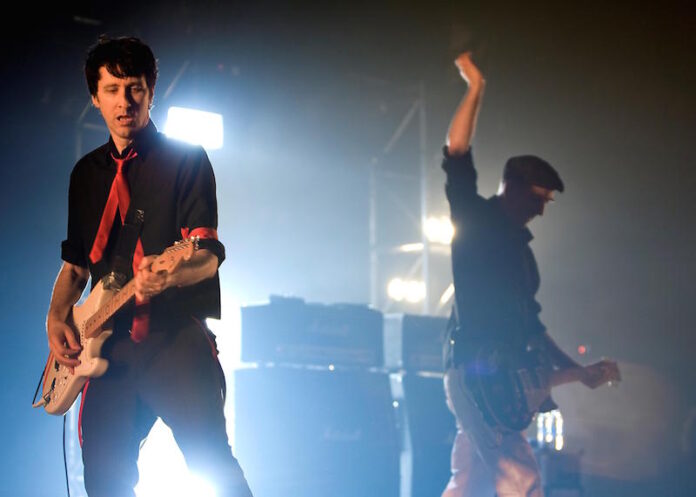 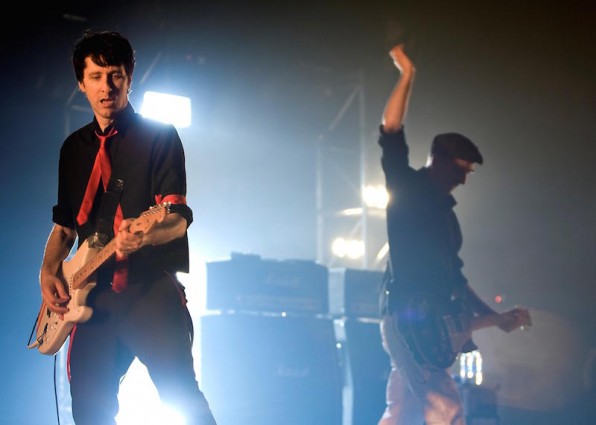 So, it’s getting closer and closer to Carter’s two final sold out shows; and with the dates looming and fans getting more excited by the day, it seemed like the perfect opportunity for Louder Than War to grab an interview with the band. Sat in a pub just down the road from where they rehearse in Crystal Palace, they discuss plans for the final gigs.

Fruitbat explains why the band has decided to call it a day.  ‘It just feels like the time to do it. When we did a reunion gig in the first place we were only going to do one and when we split up we never told anyone so they didn’t get a chance to say goodbye and we thought we’d come back and do that and that would be it, but then we enjoyed it too much and we proved that we could come back and we could sell out Brixton. We’ve pretty much done everything.’

‘There are also other things, reasons why we probably wouldn’t be that honest about,’ Jim Bob adds, ‘Like we’re worried there’s a point where people are going to stop selling tickets and we didn’t ever want to reach that point! When we announced the two gigs we didn’t know it would sell out quite so quickly. That shocked us a bit!’

This journalist doubts there’ll ever be a point where people won’t want to buy tickets. The gigs are so popular that they will even be being filmed for those that are unable to go. ‘It’s going to be a DVD with an audio CD inside. We’re trying to keep out of it!’ He recalls how much the use of camera have changed gigs. ‘When we played Reading and festivals, the pit never used to be that far away from the stage. They had to make it further for the cameras.’

‘Talk about losing intimacy, Fruitbat adds, ‘The gap is bigger than most people play gigs.’ However, Carter fans needn’t worry, because, as the band pointed out, nowadays cameras have large zoom lenses.

I wonder if there was any pressure to play fan favourites at the gigs what the guys would actually choose to have on their playlist. Unsurprisingly, the popular songs are also their preferred tunes to play.  ‘I think the ones that are the favourites tend to be the best songs, maybe?’ Jim Bob states, ‘I don’t think there are many that I want to play apart from the ones we are playing, so I think the fans got good taste,’ he laughs.

Fruitbat agrees, ‘We’ve pretty much done every song we’ve wanted to do and worked out which ones are good, which work and which don’t. We’re down to the point where we can make a really good set that pleases the crowd but also please us as well.’

There’s so much hype for the upcoming gigs, that there’s even a campaign called ‘Chart Carter’, which aims to get their hit single ‘The Only Living Boy in New Cross’ back into the charts on the week of the gig. However, despite being extremely flattered by the gesture, Jim Bob believes it would be wrong to promote the campaign themselves. ‘It would be nice to be in the charts, but for us to support it would be a bit weird as we’d get paid for it. It’s a nice thing, but I’m not keen on campaigns.

The band are no stranger to Brixton academy, having played the venue over ten times, however, I’m interested in the smaller venues which they remember from when they just started out. 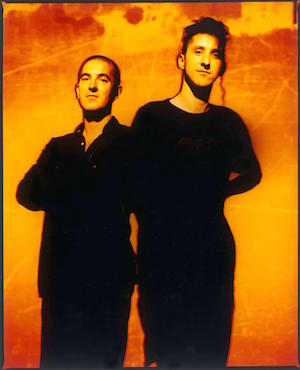 ‘Nowadays,’ says Fruitbat, ‘my favourite venue is the Windmill in Brixton and I think I’ve played there as many times as the Academy with my other band. We used to love playing in Harlow Square, that’s still going.’

Jim adds, ‘The joiners in Southampton – when it was tiny. Also when we started out we did a lot of student gigs and there were a lot of student bars, some of those were really good as it was just a room with a bar and they just put the stuff in and stick a mic there.’

Anyone that knows Carter knows that one of the band’s biggest albums was ‘1992: The Love Album’ which contains many strong statements about society. However I wonder what the guys would say about society in 2014, their answer is still the same.

Jim agrees, ‘The majority of the songs are still relevant today. The songs that are mentioned like the war in Iraq, we’re talking about a different war, but three wars on and it’s still relevant, you know, Sheriff Fat man ripping off tenants, that’s not changed has it?!’ He’s right, some things will never change.

However, despite it being the end for Carter USM, people forget that Fruitbat and Jim Bob are both involved in so many other things. ‘We’re both doing other stuff and we’re really enthusiastic about our other stuff. Jim’s doing well with his books and my band, I can’t say they’re doing really well but they’re doing ok and that’s what I’m excited about.’ Fruitbat jokes.

He’s right, Jim Bob has just released his third novel in June and is set to release another one the same time in 2015. He explains what it’s about. ‘It’s about an old man living on his own in a village and he’s a bit miserable, a bit bored and then he’s run over by a milk float and a carer comes to look after him once a week and changes his life. It’s either, according to everyone on Amazon, laugh out loud funny or the most depressing book you’ve ever read, so it’s a combination of those two.’

‘I’ve always written quite wordy songs but never really thought I would write a book, then I wrote the Carter autobiography which was quite thrilling and lead to the next book and once I’d done one I thought I’d do another one and then after three you have to carry on.’

While Jim has been writing novels, Fruitbat has been playing in his band, Abdoujaparov. ‘We’ve got loads of festivals booked up for next year. I’m buying a camper van and am going to live at festivals for the whole of the summer, that’s my plan.’ Sounds like a good plan. ‘When I go to festivals I usually end up staying the whole weekend and playing with other bands as well. I’m an honouree crusty. This year we did it all in tents and I feel like a little bit of comfort needs to be in order and also a camper van means I can travel from one festival to the next without having to go home.’

‘You never used to be like that,’ Jim Bob says, ‘when we played festivals you used to stay in hotels, but now you’re living off the land.’

Speaking about festivals, Carter recently played Bearded Theory, however no one would of known it was them by looking at the promo video as the two of them are just mere silhouettes amongst the sheer amount of lights that flood the stage. ‘The reason why we don’t make as much money as we could on these gigs is because of the lights.’ Jim jokes, ‘It’s become a challenge for us to people to come away and say ‘oh I’m blind’. I really like it.’

Moving back to 2014, only one question remains, what will the guys do after their final gigs. Jim Bob only hopes he doesn’t repeat his past mistakes! ‘It’s my birthday on the day of the last gig. We always do gigs in November, I think the second time we did the reunion, it fell on my birthday. The rider we get is stupid, there’s so much alcohol on it and we usually just take most of it home for Christmas as it’s a way of getting drink that technically we haven’t paid for. But yeah after that, I got so drunk and I just upset so many people like the manager of Brixton Academy.

‘It’s the things those gigs do to me, they make me feel really important, not in an arrogant sort of way but it just makes you feel really good about yourself and I said lots of stuff, not horrible things, just things that I thought was funny and turned out to be horrible. I had to write a handwritten letter of apology. So my aim is to get that drunk but not upset people.’

So from drunken antics, to new novels and camper vans, this interview will be one that this journalist remembers for a long time. Carter USM have left a massive impact on a music industry and it will be very sorry to see them leave. However, Carter USM maybe retiring, but what with Jim Bob’s novels and Fruitbat’s new band, it sounds like the boys are going to be very busy for many years to come.

~
The two upcoming shows have been sold out for a while sadly.

Fruitbat’s new band, Abdoujaparov, have a website which is here: abdou.co.uk. They’re also on Facebook and you can buy their latest EP on Bandcamp.

You can find out more about Jim Bob’s writing from his website here: jim-bob.co.uk. He can also be found on Facebook and he’s on twitter as @mrjimbob.