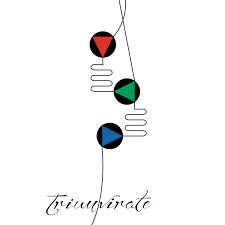 So here we are then. The end of what has been a beautiful and intoxicating ride. One that started back in 2012 with a live album that instantly snaked its way into the top half of ‘best-live-albums-ever’ lists that we music publications so love to print. The album was called Transverse and the band were Carter Tutti Void (Chris Carter, Cosey Fanni Tutti, Nik Void). Transverse was more than a live album. It was the public announcement for a new form of kinetic dance music. An erotic slither to a pulse that seemed like it had been drawn from the very mud we walk on. There could have been a misconception by a few that due to the albums creators we would be hearing a dark and foreboding piece of Industrial (whatever that term means these days) but instead what we received was a deeply meditative work that allowed for a romance and sensuality to course through its veins. Chris Carter provided the rhythm from which all tracks were birthed with Tutti and Void then painting the picture with various guitars, vocals and other gadgetry. This is the format that the CTV created for themselves and it is one that has served them well as in 2015 we got the follow up to Transverse in the form of f (x) which was a studio album that developed the trio’s sound further. In my review of the album at the time I called it a “conduit for thought and imagination” and f (x) has remained a constant go-to when I have needed some guidance. Then we come to what has been stated is the closing chapter in the story of CTV. The heart sinks a little when you first read the press release that stated as much but then you realised that you were at least getting one last CTV studio album…and this is how you bow out style.

Triumvirate sticks to the patterns first painted seven years ago with the dense rhythmic heartbeat of the songs being spawned by Carter and his magic bag of toys before Tutti and Void grab the piece and start to create shapes with their innate skills at instrumental storytelling. There is an instant familiarity that serves the album well as it helps put the listener straight into the correct headspace allowing you to gather your thoughts and emotions before being taken on the journey of your life. For all of its similarities with its predecessors, Triumvirate does have one distinct difference and that is a really strong sense that fun was being had whilst it was being created and fun is what we should be having as listeners. Whereas Transverse and f (x) contained high doses of drama and eroticism, Triumvirate takes those elements and throws on top of it a huge sense of playfulness and positivity. Listen to the bubbling and cyclical melody that emerges around four minutes in to t3.2. It is a stone cold hip shaker that creates an obvious thread from Disco to the early days of House music.

This lighter shade continues throughout Triumvirate. Listen to t3.3 and you will hear a song that is actually quite classic in structure and emotional centre yet it is one forced through the glorious CTV prism. Whether or not the fact the trio knew beforehand that this would be their last project under the CTV banner I don’t know but there is a tangible sense of a group of artists pushing everything they have done previously even further than before whilst truly enjoying each others company. By this point it is obvious that Carter, Tutti and Void know what each other will bring to the sessions and they will be fully trusting that the sound they are about to create will be one worthy of the CTV name.

One of the stronger aspects of Triumvirate is the sheer amount of earworms that are scattered throughout the album. Here is an album that will burrow into your mind from the first couple of minutes right up until its closing moments. You will find the wordless vocals on t3.4 sticking around as long as the main John Carpenter-on-roids instrumental track. The hooks are fully loaded into your skin as you listen but it is only closing track t3.6 where they really embed themselves into you in a moment of sheer ecstasy / pain. t3.6 closes the story of Carter Tutti Void in spectacular fashion. It is a song that is feels like a virus dream. It is restless and sensual. It is horrific and majestic. t3.6 is where we have been building towards this whole time. It is the summit.

Over their three albums they have helped write a new chapter in the ever evolving story of electronic dance culture. In a way they have helped it return to the core ethos behind the early disco / house movements. Their music is the epitome of liberation. Of the exchanging of ideas. CTV make music that screams about the myriad of emotions tied up in human physical and emotional relationships. Here is a music elicits responses in the listener that cover the whole physical, mental and spiritual spectrum. Triumvirate is a beautiful celebration of all things Carter Tutti Void and is the all-important final ingredient in what will be a long lasting and rich legacy.