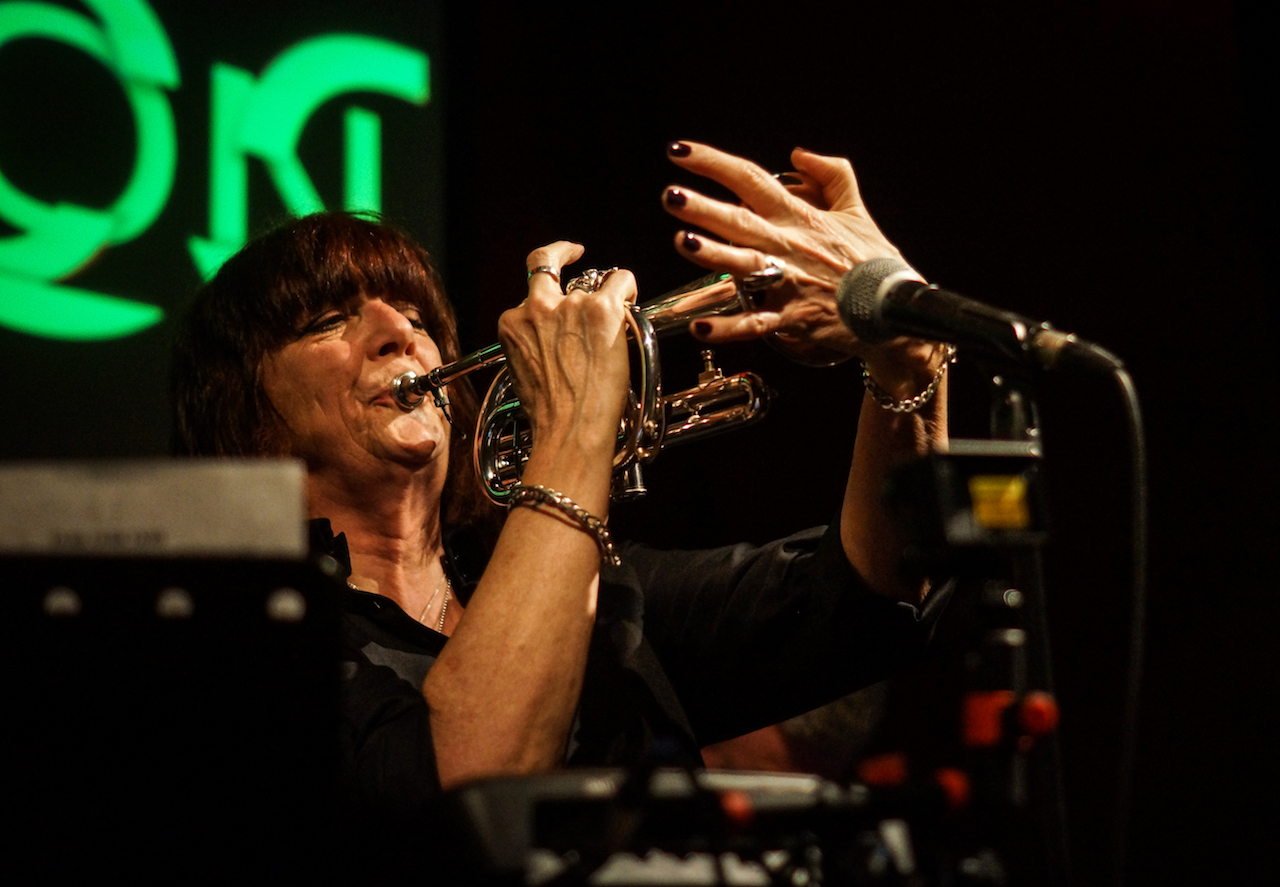 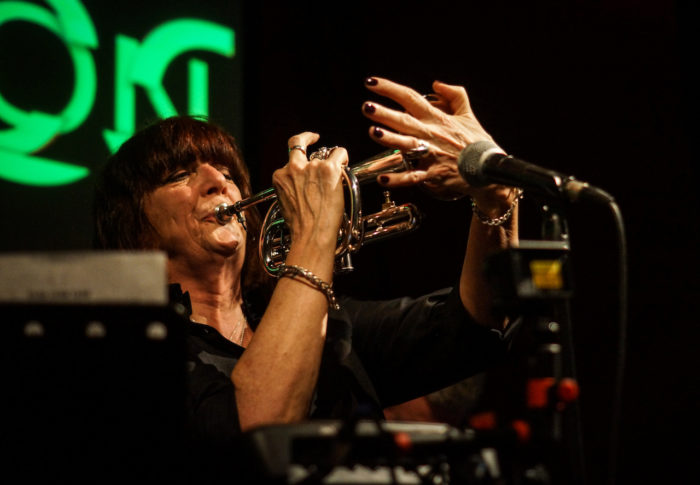 Carter Tutti played a rare performance in Manchester’s Band on the Wall. The event is apart of the Subliminal Impulse festival, taking place on the 5th and 6th across various Manchester venues.

Given my, so far, short life span, it’s often rare I get the chance to see genuine music icons perform. I was first introduced to the music of Throbbing Gristle when I heard 20 Jazz Funk Greats and was enamoured by their mystique. This was only a few years ago and so obviously I knew I would never see the group perform. This did, however, introduce me into a wealth of industrial music, and opened a gateway into Psychic TV, Coil and most importantly, Chris and Cosey.

Upon entering the venue a lengthy queue and busy bar suggest insurmountable anticipation, with a crowd, made up of the young, old, strange and weird. When the doors are opened, we are greeted by a dimly lit room with a dark-ambient soundtrack supplied by opening DJ, Mark Reeder. Reeder DJ’s for half an hour, moving the musical direction into a danceable darkwave setlist (including a killer remix of The Cure’s A Forrest).

If the Carter Tutti backdrop wasn’t enough to enhance the excitement, then the unmanned modulator synth and headless Steinberger were. Chris and Cosey have been recording under the Carter Tutti name since the early 2000s. They have also collaborated with Nik Colk Void of Factory Floor as Carter Tutti Void, recently announcing a final album titled Triumvirate, to be released August 30th. Over recent years both Chris Carter and Cosey Fanni Tutti have released staggering solo albums, leaving an intrigue as to how the pair will approach the night.

When the couple takes to the stage, Cosey thanks the fans for a warm welcome and informs us that the night will consist of the classic Chris and Cosey back-catalogue but reformed to fit with where the pair find themselves creatively.

The setlist is an eclectic mix of musical styles, feeling both nostalgic and fresh. The songs chosen range from 1984s Songs of Love and Lust to the more recent Carter Tutti singles such as Lost Bliss and Coolicon. Lost Bliss opens the night with Cosey’s whispered vocals reverberating around optimistic synth waves, showing the brighter disposition involved with any Chris and Cosey project, as opposed to their time in Throbbing Gristle.

Older songs such as Driving Blind, Love Cuts and Dance on Your Grave have been rejuvenated with a new rhythmical cadence that veers on Italo-Disco. The influences and those influenced can be heard throughout the set; Tangerine Dream, Cerrone, Giorgio Moroder, it’s all in there somewhere. Further, into the night, Cosey starts to move along with the music around her, gone are the days of stripping to Sylvester’s You Make Me Feel (Mighty Real).

Obsession is a single from 1987 and has to be a personal favourite from both their performance and career. With lustful lyrics of obsessive romance, it fits nicely alongside other seductive songs such as Watching You and Sin. Sin is introduced as ‘A song for all the sexy people’, with Cosey listing off masochistic sex acts, with an early techno/acid house vibe to the instrumental. Cosey puts her guitar to good use with what looks like shredding but sounds like a cacophony of abuse, enough to turn the stomach of any classically trained player.

The duo end on the emotional acid-pop sensation that is October (Love Song). The song is greeted by pure joy as euphoria descends upon every witness. Audience members embrace and sing out ‘Our hearts together/Beating forever/Forever together’ while listening to the music of a couple whose passion for music is as strong as their passion for each other. The song ends and Carter and Tutti leave the stage. An uproarious crowd clap and cheer until the pair are overwhelmingly forced back onto stage where they promise they only have one more song. They end the night on Beatbeatbeat with the crowd moving with every pulsating rhythm. A perfect ribbon to wrap up a gifted night. 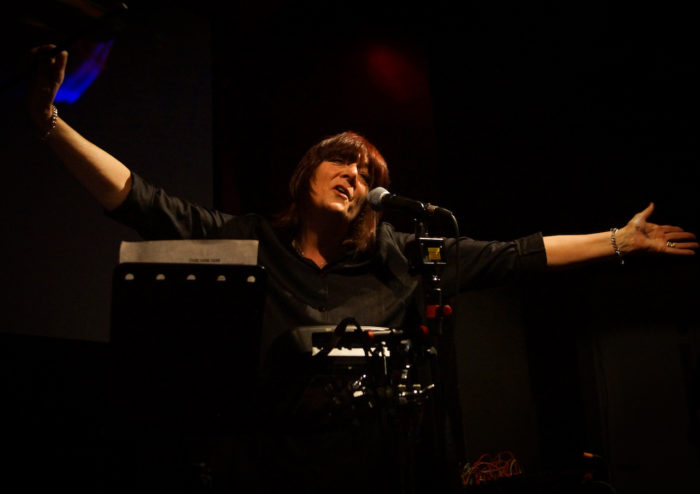 All words by Rhys Delany. He can be found on Twitter @RhysDel and more of his writing can be found at his author’s archive.