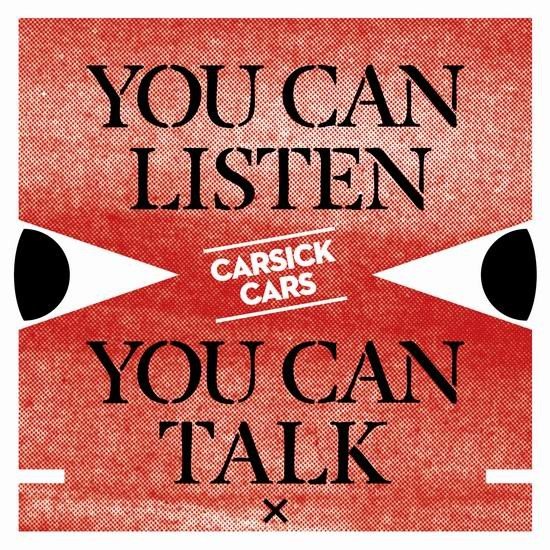 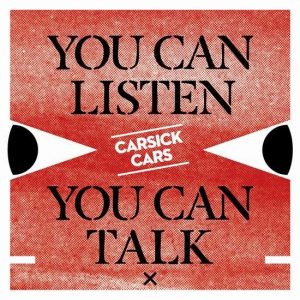 In late 2011 regular LTW contributor Kerry McCarthy MP travelled to China, whilst there she reported on the thriving music scene, particularly in Beijing ”â€œ LTW has previously covered this and were responsible for bringing the ”ËœBeijing Punk’ documentary to the UK, the film receiving its premiere at The Rebellion Festival in summer 2011.

One of the bands Kerry mentioned were the now defunct Carsick Cars ”â€œ after much searching we finally obtained a copy of their album ”ËœYou Can Listen, You Can Talk’ from Tenzenmen Records in Australia, who have since licensed the album for re-release ”â€œ Tenzenmen Records are themselves the subject of future LTW inspection.

Carsick Cars were one of the most potent Chinese underground bands and this their second and final album more than justifies how they were able to travel and perform in both Australia and the USA, plus an appearence at Primevera 2009, and their continuing legacy, it was whilst they were playing in New York that composer John Myers saw them; he was so struck by the band that he began to lobby for Wharton Tiers (prev. Sonic Youth, Dinosaur Jnr, Helmet) to produce them – ”ËœYou Can Listen, You Can Talk’ is the result of that meeting.

All the tracks are written by front man Zhang Shouwang who is clearly able to create quite complex musical structures, but also understands the importance of a subtle melody and the impact of full on guitar riffs. As such the tracks switch between Sonic Youth/No Wave style noise and the more refined aspects of early Joy Division ”â€œ clearly Kim Gordon and Thurston Moore themselves were impressed as they selected Carsick Cars to open for them in Vienna and Prague back in 2009.

The guitar riff to album opener ”ËœOne Of Them’ is pure Sonic Youth with the rising drum pattern and the incessant lead, clipped sparse vocals sitting over a chugging beat; ”ËœDear Friend’ occupies similar territory with the track building over a full five minutes to a crashing crescendo. ”ËœNeu’ could be a homage to the legendary krautrockers, as feedback and white noise herald the songs arrival before a motorik beat kicks in gathering together all the dissonant sounds into one almighty wave of squall and feedback. 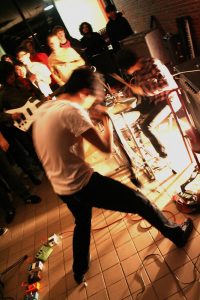 ”ËœInvisible Love’ is perhaps one the albums more accessible track which allows Shouwang to showcase his voice (sung in English) ”â€œ which is nestles nicely next to the tracks looping bass line, and the warmth offered by some slide guitar. ”ËœDigu’ ups the tempo, with quickened vocals, a grinding bass its perhaps Carsick Cars getting poppy ”â€œ there hints of Pixies here. The 6 minute plus ”ËœUnit 2′ opens with burst of captured snatches of radio before the lead once again takes over, the track propelling itself forward ”â€œ the vocals are so low in the mix that it’s difficult to work out whether they are sung in Chinese or English, as the track takes you upon a journey, riding out waves of hypnotic noise, opening your senses to new previously unexplored aural delight before retuning you to the damaged radio.

”ËœA Friend From Big City’ could easily sit alongside many more well known alternative rock singles, the driving bass the catchy, the jangling poppy lead all make this even radio-friendly, but please don’t let that get in the way.

The album offers up a slightly bleak sound-scape; to the less adventurous the pitch of the lead will at times grate with its other worldliness, its angry, on occasion its brutal, its challenging and delivered with an urgent breathless almost righteous zeal ”â€œ Carsick Cars believed in this album. There is much to enjoy here ”â€œ if you have ever listed to Sonic Youth, PIL et al then Carsick Cars should be worthy of your attention.

One of Them
Dear Friend
Pan
Neu
Invisible Love
Digu
Unit 2
A Friend From Big City
Kill Tomorrow
Silence
You Can Listen, You Can Talk
She Will Wait