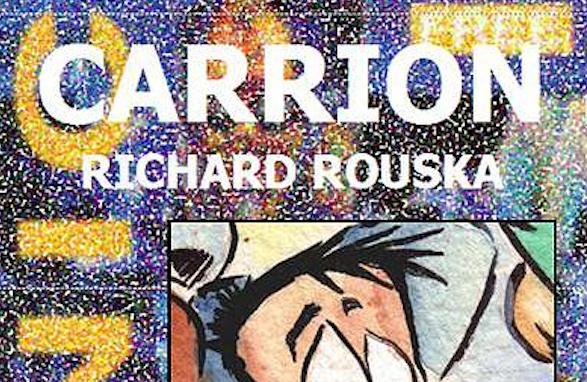 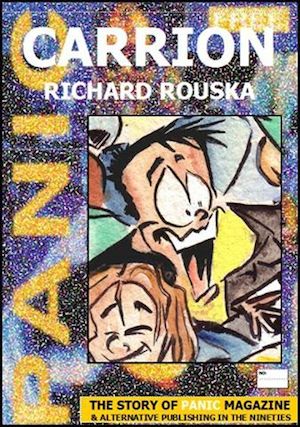 Carrion is the new book from Richard Rouska which tells the story of Panic mag & alternative publishing in the 90s.

Following on from excellent ‘The Black Book’, which flipped the lid on the alternative Yorkshire music and socio-political scenes, Richard Rouska is back with his new book released on 1977cc publishing and titled ‘CARRION’.

In ‘CARRION’ Richard recounts the heady times of alternative magazine publishing in nineties Yorkshire, as well as his continued quest for infamy.

Panic, Selwyn & Dick, Jerusalem, Dave Beer, Papa Lazarou, Utah Saints, Blair, Jesus, Mark Thomas, Red Card Roy, Siouxsie, Louise, Mystic Steve, Elvis P. Wilderbeaste, David Icke, John Cooper Clarke, Leeds City Varieties, Johnny Vegas, Bill Nelson, The Camp Boys, Ken Dodd, Richard & Judy, Fishermen’s Friends, Chumbawamba … if any of these names mean anything to you then they mean even less to Richard who has defiled them all in the shame of ruck n’roll. Find his history entwined with theirs in ‘CARRION’. It’s just too good to wish upon even your worst enemy!

The book launch for ‘CARRION’ is in Leeds, at the Duck and Drake on 27th of September…

To order a copy of Carrion and for all news on Rouska go to the 1977cc publishing site.

You can follow Richard Rouska on Facebook, where you will also find 1977cc publishing on THIS LINK.