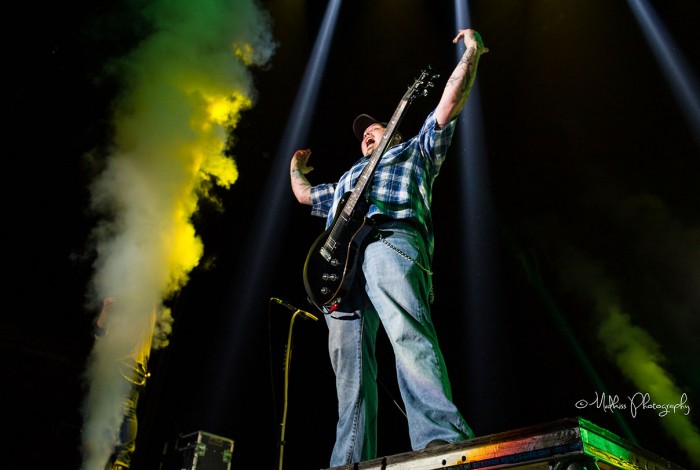 Cardiff gets invaded by the American heavy rock Carnival of Madness tour and leaves Louder Than War with their ears ringing and feet aching. It rocked!

The lights come down on this massive arena and the (at the moment anyway) sparse crowd start to gather around the stage and the bars. The compare comes on stage and announces the Carnival of Madness bands for this evening. Kicking off with “from New York City! Highly Suspect!!” Suddenly the crowd goes from sparse to filling up VERY quickly as Highly Suspect take the stage. As the three piece saunter onstage to pick up their instruments they are already waving and highfiving fans. This already aint no ordinary warm up act!

But then suddenly the lead singer shouts “Hello England!” to this Cardiff crowd and my toes are curling. Oh God…No no no no … But then something magical happens. The band launches into a stripped down distorted riff that gets feet tapping and pints a spilling in equal measure. Phew! No one seemed to notice! Progressively we get riffs and more riffs that get stripped down to their sexy undies and complete and utter bluesy enjoyment from these New Yorkers. The lead singer has a Kings of Leon esque sound to his voice which is no way a criticism. I like it. And boy can he play guitar! Later on in the gig we discover that they are double Grammy nominated this year for Best Rock Song and Best Rock Album. In retrospect they bloody deserve it! But what do I know at the time eh? Oh and this was their first time playing an arena by all accounts. Probably won’t be their
last… 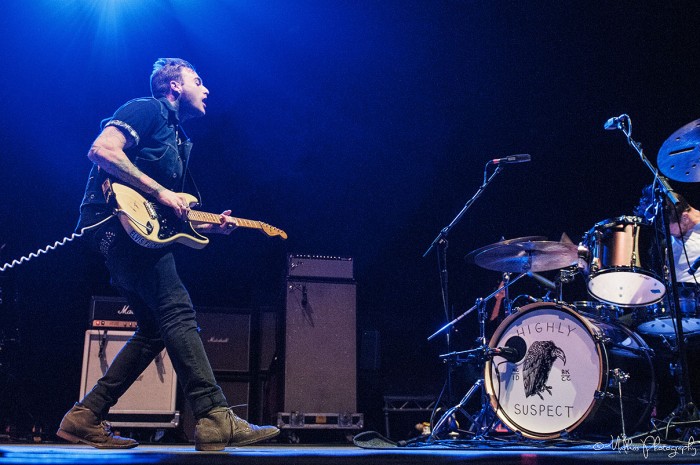 Bring on Halestorm! I can’t help but notice that a hell of a lot of the crowd are wearing Halestorm t-shirts. And what a crowd! The bar is completely empty! I just about get a pint in before the band run on stage and suddenly you are presented with a Suzi Quatro (ask your parents) figure with long dark hair, a flying v guitar and more balls than a bingo machine. She maybe short, but Izzy has the crowd wrapped around her fingers and they aint going anywhere! They have a massive crowd and the majority of them know the words to these songs that are belted out at 100 mph.

She has a scratchy Janis Joplin esque voice that perfectly fits this music. Their tunes are tight heavy rock, but also bluesy. Again, it suits her voice perfectly. Oh, and then we have the drummer called RJ… Jesus what a drummer! He is the only distraction away from the lovely Izzy, but what a distraction! He leads the crowd into a (for once) entertaining drum solo/sing along that just feeds off his hyperactive spasmodic style. He really is a poster boy for Ritilin! The crowd can’t get enough. So yes, Halestorm have the tunes the sassiness and the lungs to fill an arena. And as Izzy screams “we are all freaks now!” I am comforted in numbers. 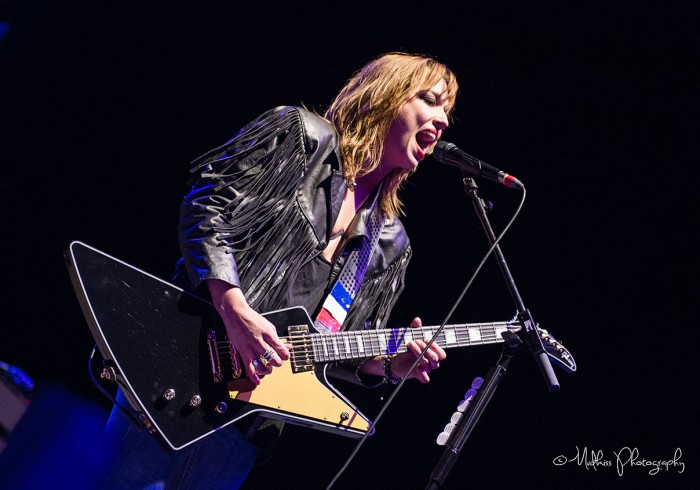 There is a definite tinge of sadness and a willingness to pay honours tonight as we have two very special tributes going on with both the final bands. The crowd fill to almost capacity as Shinedown take to the stage with Bowies’ ‘I am afraid of Americans’ accompanying them. They then launch into ‘Black Cadillac’ that gets the crowd going crazy even though it is a new one. This continues into fan favourite ‘Diamond Eyes’ that has the crowd going into a shouty ‘call and response’ frenzy with lead singer Brent Smith. This is only the second song! He really does have a great rock presence as well as voice. The rest of the set includes so many great tunes it is hard to keep up! The crowd just keep lapping it up and going with the flow. Penultimate song being a cracking Lynyrd Skynyrd cover ‘Simple Man’ is quickly segued into fan favourite ‘Sound of madness’. The crowd go mental. Shinedown eventually exit the stage to Bowies ‘Space Oddity’. Shinedown are the epitome of great American hard rock, and although for my tastes, they sometimes border on (the fucking awful) Limp Bizkit, I think that this is undoubtedly a narrow-minded view of this type of music on my behalf to which I humbly defer judgement. 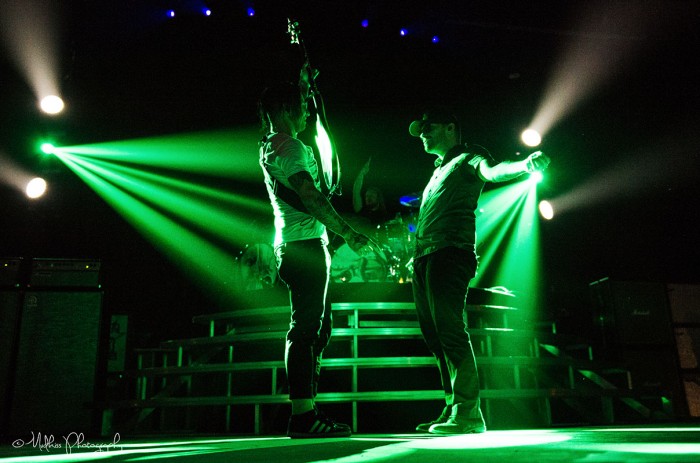 So finally we have tonight’s headliner’s Black Stone Cherry who again have a massive following, and the bar is again completely empty! Launching into ‘Me and Mary Jane’ from behind a massive curtain, the band are met with a tsunami of applause and yelling that threatens to deafen out the entire band. They really do have quite a following tonight and the crowd hang on every word sung by front man Chris Robertson.  I guess to the uninitiated (I would partially include myself here), this band are bloody LOUD! And with Robertson, they have a great hard rock voice to carry their brand of American hard rock/metal to thousands of adoring fans. Their extensive set continues with classics such as ‘Holding on to letting go’, ‘White trash Millionaire’ and finally THE cover of the night ‘Rebel Rebel’ by David Bowie. This certainly brings the crowd back to earth as well as sending them into a frenzy.

Bring on the encore as the crowd are treated to ‘Lonely Train’ and then the final tribute of the night. The band launches into Motorhead’s ‘Ace of Spades’ and the crowd go absolutely mental.

Black Stone Cherry prove yet again they are a great rock band with lots to offer newcomers like me and hardened fans cramming into the arena here in Cardiff. This was the first gig I have ever been admitted to at 5.30 in the afternoon for a first band start at 18.15! This Carnival of Madness really lived up to its name. And my poor feet still felt it two days later. But that’s metal for you eh?

Use of these images in any form without permission is illegal. If you wish to use or license any images. Please contact mel@mudkissphotography.co.uk