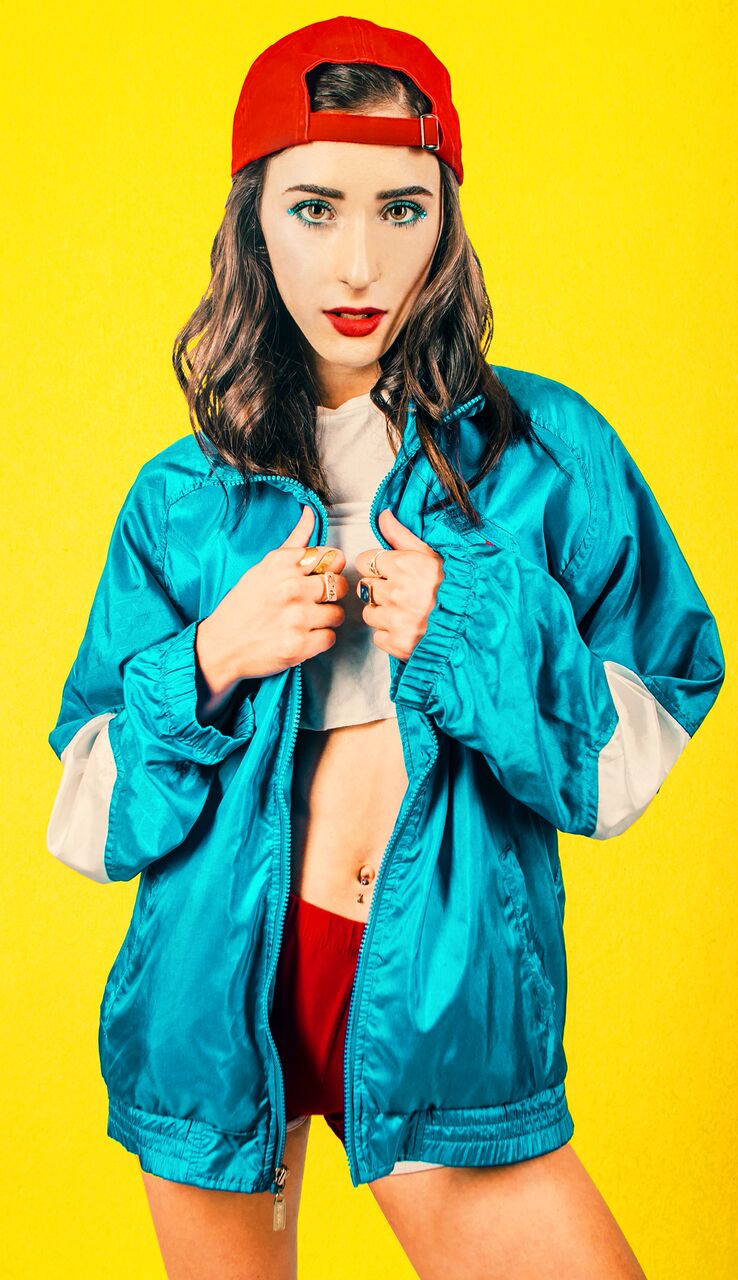 Electro-pop sensation Carly Harpur Hollander has just released an incredibly happy, uplifting single entitled, “Little Less Shy”. This will be the first single from her upcoming EP “Turn Down Your Mind, Open Your Eyes”. 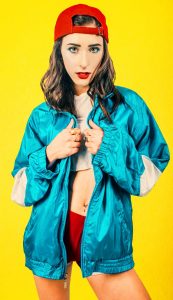 Carly has been writing songs since grade school. Hailing from LA she was greatly influenced by artists such as The Who, Bruce Springsteen and The Velvet Underground, and has a background in children’s musical theatre.

Her songs ring with positivity and empowerment, coaxing listeners to be as bad ass as they can. Her songs tell stories, in hopes that her listeners will better understand themselves. I spoke with Carly who was super animated, and loads of fun. She spoke of her music, and her acting career, where she had a role on Showtime’s House of Lies, and won Best Actress at the Moondance Film Festival.

Louder Than War: Your music really makes me happy!

How long have you been writing and singing?

I’ve been writing a long time, since I was in grade school actually. My sister came up to me and said “OK we’re going to go to our room, and we’re not going to come out until we write a song”. I remember that back in fifth or sixth grade. So that’s when I started writing. Then I started writing more seriously when I was in high school. I took song writing classes, I took some songwriting class is in USC. Then I had a band last year that I was playing local gigs with, and it was all my original songs. I just recently started recording last year with this music and i’ve been loving recording all my stuff. Something that’s tangible that I can have to listen to. Before I just played live with it.

What is your inspiration for writing such happiness? Are you a happy person?

Well my writing wasn’t always that way. I go through phases with it, like everybody does, from being happy, to being angry. But last year my music was pretty angry. Then I went to this happy place especially with. “Little Less Shy”, my new single. As much as it’s about encouraging somebody to come out of their shell to be the most the most confident version of themselves, it’s also a little bit of I’m talking to myself, to be the most bad version of myself. I started singing from this really dominant place. It’s a little bit of a peptalk for me as well. I wanted to bring that to my listeners, and to encourage them to be confident.

Who were your influences?

I grew up in a very musical house. We actually had a dedicated music room. I listen with my dad to, Bruce Springsteen, The Velvet Underground, and The Who. I love The Who. I think “Tommy” is a work of brilliance. I also like artists  who tell stories with their songs, which is what I strive to do with my songs. I grew up doing children’s musical theater so it was always about the story. Also another big inspiration was Regina Spektor, she is like one of the best songwriters ever. She can describe things like no one else can describe them. She was a really big one for me. Also recently if someone asked me how I am I’ll say, “The new Lorde album is out, so I’m doing great”. I love Lorde, her new album is incredible.

Your music is kind of personal to you, do you feel like you were destined to create music?

I do yeah. I feel like I can’t do anything else, but music. Also I’m an actor. Music and acting will always be a part of my life, and I feel like there’s no other option. In a good way. I did an episode of “Crazy Ex-Girlfriend”, I did “House of Lies”, on Showtime, and some short films.

Do you plan to tour in support of your new single?

I love performing live but, I did that all last year and right now I fell really deeply in love with writing and being in the studio. So I think I’m going to be there for a little while, and then I’ll probably really miss performing live, so I’ll do that again. I feel like right now I’m very in love with the writing process and the creative process.

I feel like the audience and the artist become one and we are sort of all there together for the experience. I feel like that’s the coolest part.

If you could take your music back into the past, or travel with it to the future, which would you choose to do and why?

Well, i’ve always wanted to go back in time. I love Woodstock and the 60s music like I mentioned as my influences. I think it would be really cool to take my music back in time. I recently found an incredible producer to produce my music, my EP. I kind of wanted to take it to a more modern sound with electronic elements and stuff but, all my music starts on guitar and piano. I think I would do great back in the 60s. I would love to meet all of those icons…

Some of them are still around.

Oh I know. I actually went to Desert Trip. It was like Coachella but they did a crazy line up. They had the Rolling Stones, Bob Dylan, The Who, Roger Waters, it was just a crazy lineup. It went on for three days, I went with my dad. It was amazing, I died!

How cool! If you could say anything to your fans and followers, what would you say?

I would tell them to be the most bad ass version of yourself. I’ve got another single coming out next month, and the EP coming in October.