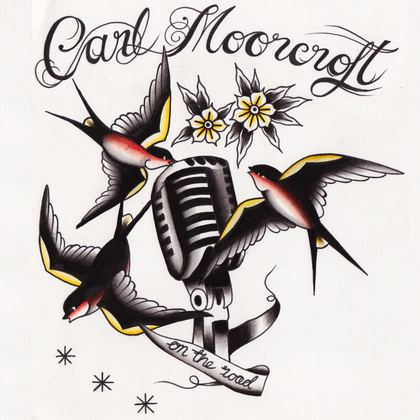 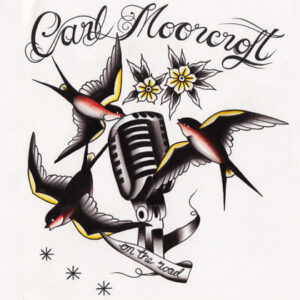 ‘On The Road’ is the debut release from Liverpool based Carl Moorcroft, eight tracks of acoustic angst that map Moorcroft’s own journey from member of ska-punk band Protocol to solo troubadour now performing alongside the likes of Roughneck Riot, and Capt. Hotknives at prestigious festivals including Strummercamp, the 0161 Festival and the Rebellion Festival – Moorcroft released the album to a wildly enthusiastic crowd with a performance on the Almost Acoustic Stage at this year’s Rebellion Festival a week or so back.

Opening with the album’s title track its clear Carl has not abandoned his ska-punk roots, the chord structures arching back to grittier times, his voice is strident…Moorcroft passionately believes in the lyric; the song is about pausing for a moment, actions and consequences, listening to your head over your heart; then doing the things you want to do, the way you chose to do them “Now I keep on walking / I do everything my own way / A fresh new start begins today” – it defines him and the music he makes.

‘Tea Or Coffee’ is equally personal; opening lines “Say it again / Coz I won’t back down /You can feel the music in my soul” – a song of affirmation, as the opening lyric forms the rabble rousing chorus.

The entire album is just Moorcroft and a single acoustic guitar, clearly this format has limitations – Moorcroft is acutely aware of this and carefully writes songs to his strengths; ‘Today’ being a simple riff that acquiesces to his strong vocal delivery, ever so slightly gravel tinged which adds bite to the track as he declares his heart for an unnamed love; ‘Judgement’ elevates the pace as the track switch-backs between vocal and guitar and introduces an almost Latin derived flavour which I wasn’t expecting from an album recorded on the banks of the River Mersey.

‘For You’ is an emotional paean to lost love, a shattered relationship, melancholic in tone and instantly resonating with anyone who has had the opportunity to reflect on past dalliances – as befits such a tender topic, Moorcroft is effortlessly able to measure his vocal delivery, the impassioned rant replaced with pained hurt.

Despite the trial and tribulations on display Moorcroft ends triumphantly…’Reckless’ being one of the strongest songs on the release, he again harks back to his ska-punk roots, the quickened pace, its uplifting, lighting the route, the path Carl Moorcoft has forged for himself whilst inviting you along for the ride.