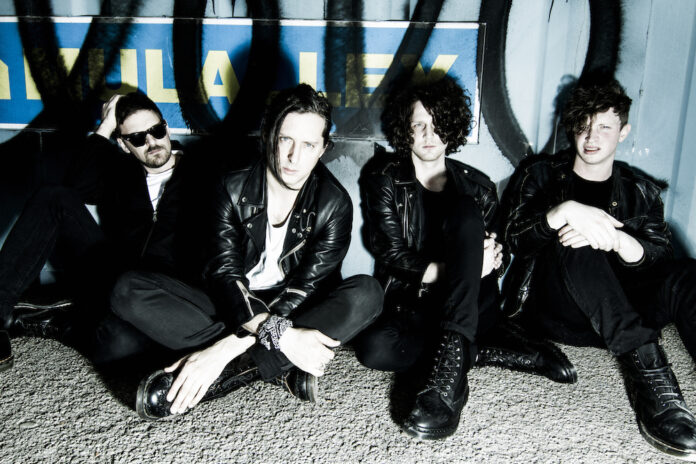 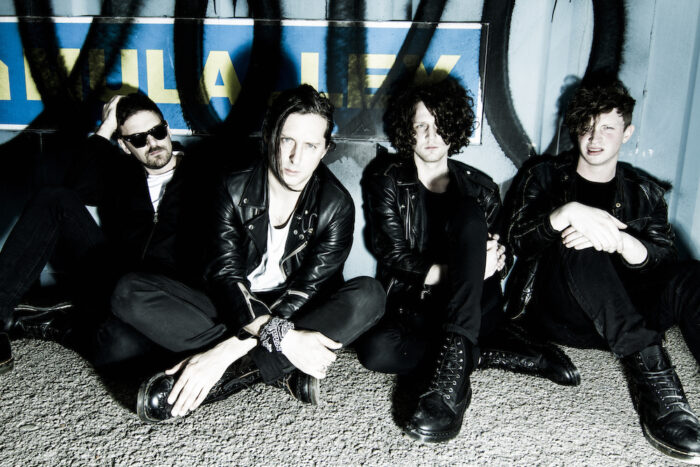 Carl Barât & The Jackals played a one-off UK date last week to cap off a long tour of the EU and US. Harley Cassidy  was there for Louder Than War and here she reports back.

Ever since The Libertines released their debut album, Up The Bracket, in 2002 it’s become increasingly apparent that Carl Barat knows the value of a plan B. Who knows how long the current heady heights of the Libertines reunion will last and it seems that the more judicious ratio of the Pete / Carl dynamic has ensured that there’s fall back options aplenty. Considering The Jackals are one of these fall back options, it’s a pretty damn sturdy one.

Bearing in mind The Libertines have returned with some pretty triumphant comeback shows and headline slots for festivals, it seems strange that Barat is playing a venue as small as Scala. It’s a wonderfully intimate setting for his blend of air-punching lairy rock, however, and it allows the delinquent fervour of the Jackal’s debut album, Let It Reign, to rattle around the den and produce an almighty bout of revelry.

Tonight, Carl and The Jackals are joined by a horn section, seductive backing vocalists and a handful of songs that instil war time imagery and a theatricality that provokes more feeling than just an antagonistic version of I Get Along. Their set is a smorgasbord of the entirety of the Jackal’s debut, sparse Libertines tracks, solo songs and some Dirty Pretty Things work.

Emerging from the narcotic filled Camden scene, Barat may be affected but he seems fairly unscathed and has evolved from pub rock bombast to boast some of his best work ever. Set opener Victory Gin and Glory Days are particular highlights; both bawl along ‘call to arms’ that work well with The Jackals natural onstage chemistry which is reciprocated by the adoring crowd.

Another excellent venture from Carl Barat, The Jackals will naturally never mirror the success of The Libertines but it would be unfair to cast aside their material which is in debt to Barat’s showmanship, unmatched songwriting ability and general weight as a heavyweight rock and roller.

All words by Harley Cassidy. More writing by Harley on Louder Than War can be found at her author’s archive or you can follow her Twitter@harleycassidy