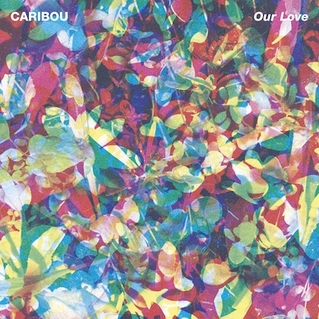 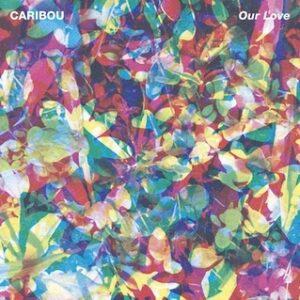 The much feted Caribou return with a new album of their trademark warm analogue electronica and dreamy hip hop inspired beats. For Louder Than War, Dan Lucas reviews.

“I came here from Canada and they think I’m slow, ehhhhh,” says one of the students in Bart Simpson’s remedial class in ‘You Only Move Twice’. This feels unfair when you consider the case of Dan Snaith: under various guises Snaith has, in the past 13 years, released seven full-length LPs and 22 singles / EPs. As Manitoba, Daphni and Caribou, Snaith has a phenomenal work rate and is, impressively, yet to release two indistinct records.

His latest is Our Love, under the third of those guises. Whisper it quietly, but this may be Caribou’s best effort yet. It’s an album that’s recognisably his / theirs: the furious, frustrated rhythm section and the happy-but-refreshingly-untwee melodies that characterised Caribou’s other albums remain, but there’s more of a concession towards the accessible here.

As befits someone so innovative, so forward thinking as Snaith though, Our Love brings something new to the Caribou sound. The synths are warmer than ever and swell on the likes of single ‘Can’t Do Without You’ and ‘Our Love’, complemented by the string arrangements of sometime Arcade Fire collaborator Owen Pallett. The result is songs that sound organic and, perhaps for the first time, Caribou’s music can be considered pretty. Snaith may not have gone full Katy Perry with his pop sensibilities just yet, but there are similarities there with Merriweather Post Pavilion-era Animal Collective.

Perhaps the biggest change in the album is in the vocals. From the off there’s a more soulful, R&B-influenced sound to them here and the result is something devastatingly beautiful. Once Caribou’s music might have been considered standoffish, if brilliant; inviting the listener to work for the substantial rewards. Now Snaith sounds warm, welcoming and encompassing. The most impressive thing about Our Love is that it’s easier to enjoy but no less rewarding for it.

There is also enough on the album to please the more “hardcore” Caribou fan; the one that might eschew pop sensibilities in favour of danceable glitches and a focus on loops and percussion. The first impression is that the weird, fluid track ‘Dive’ sounds like Thom Yorke’s 2010-14 output, but in truth it’s more of a reminder of why the Radiohead frontman has cited Snaith as an influence over recent years.

In truth, my descriptions do little to do the album justice: it’s a genre-defying, marvellous piece of work. It doesn’t stretch to break new ground and is all the better for it, sounding as comfortable and as plainly enjoyable as anything this excellent outfit has ever done.