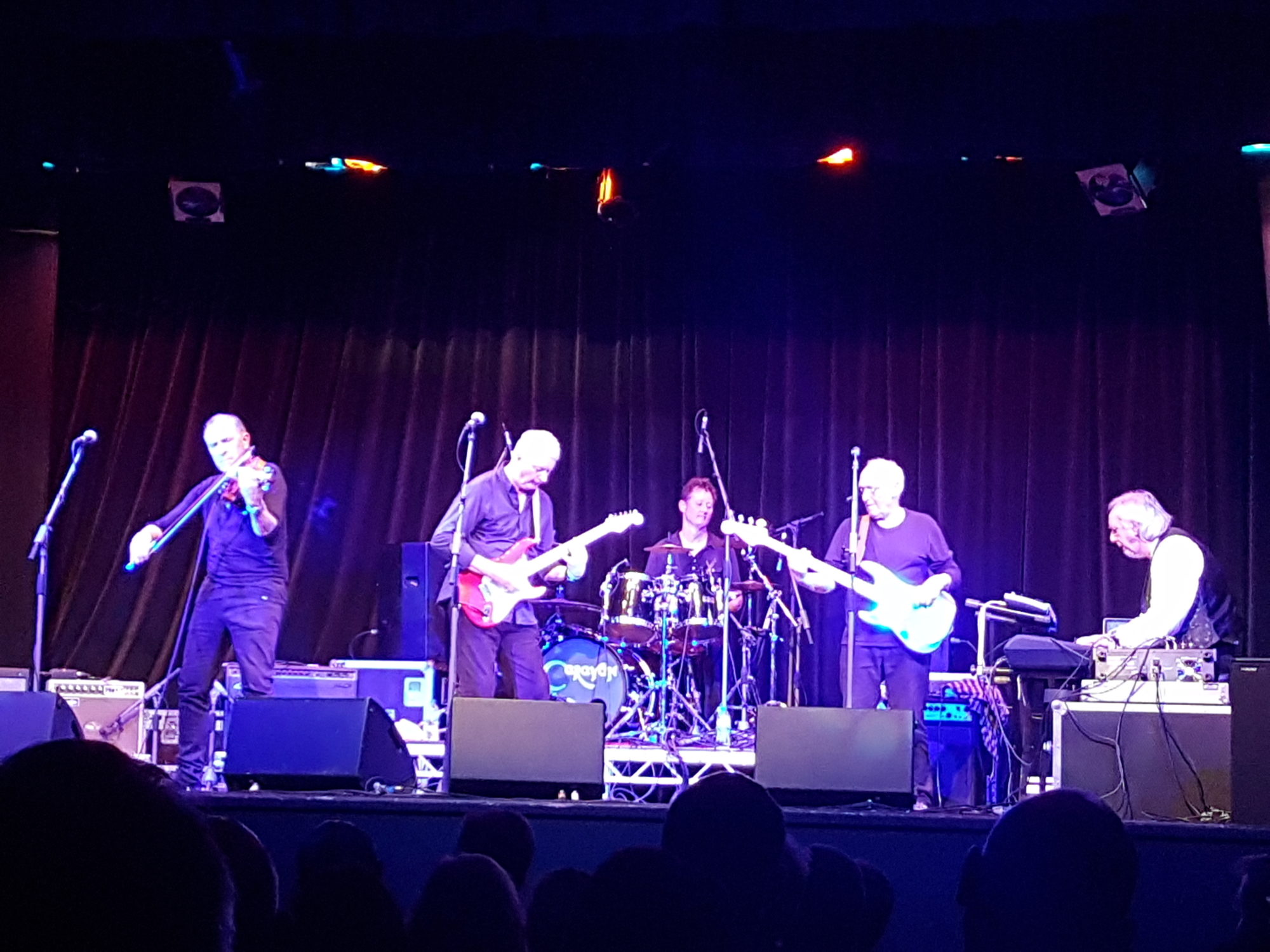 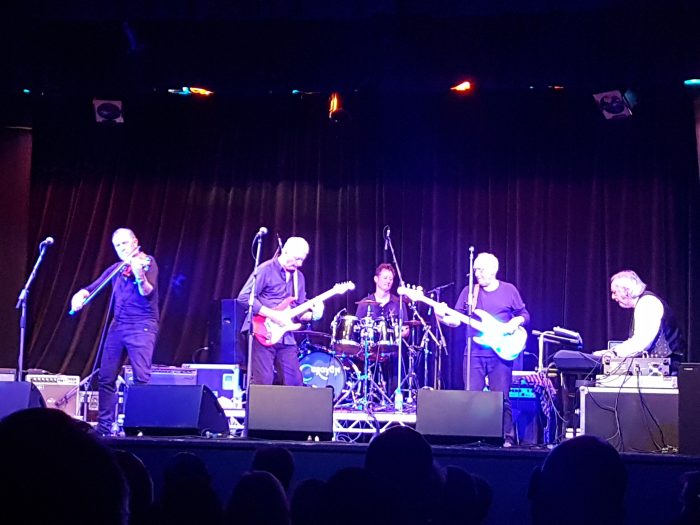 Caravan are on verge of celebrating their fiftieth anniversary having performed their first gig in April 1968 in Canterbury. An anniversary gig is being mooted as we speak but for now the band are undertaking a short UK tour that stopped at Harpenden’s Public Halls for a sold out performance. After a nice opening set by Tristan Mackay, Pye Hastings and his cohorts jumped on the stage and without further ado launched straight into “I’m On My Way”, a sprightly pop rock number from their most recent LP “Paradise Filter”. One constant with people who attend a Caravan show is how surprised they are by the band’s energy, new drummer Mark Walker who joined in 2010 replacing an unwell Richard Coughlan is a true powerhouse with an infectious enthusiasm that radiates from behind his kit. Caravan has gone through numerous line-up changes through the years and Hastings has always said that new musicians joining the band was an important part of their longevity and creativity.

Far from being stuck in the past, the band played numerous songs from their post reformation catalogue. These numbers, mostly penned by Hastings are more concise than their seventies output but still show his ability to deliver catchy melodies at will.  Whether it was on their affecting tribute to Coughlan (“Farewell My Old Friend”) or on his “hate-letter” to former managers (“Fingers in the Till”), the band proved that they were still a creative force. However no Caravan concert would be complete without a healthy helping of tracks from their 1971 landmark LP “In The Land Of Grey And Pink”. The band revived the catchy “Love To Love You” as well as the less celebrated “Nightmare” from their 1977 LP “Better By Far” (giving Geoffrey Richardson who joined the band in 1972 the occasion to display his virtuosity on the viola). Richardson acted as the MC for most of the evening introducing the songs and giving credit to previous Caravan members when the band performed one of their songs. Jim Leverton who joined the band in the mid nineties provided rock solid bass playing as well as vocal harmonies and keyboard player Jan Schelhaas who first joined in 1975 before returning for good in 2002 played all the band’s intricate keyboard parts with virtuosity. Keeping their “pièce de résistance” for the end, the multi part suite “Nine Feet Underground” (penned by former keyboard player Dave Sinclair) was played last. The melodic inventiveness of the piece made the 22 minute track go by in a breeze.