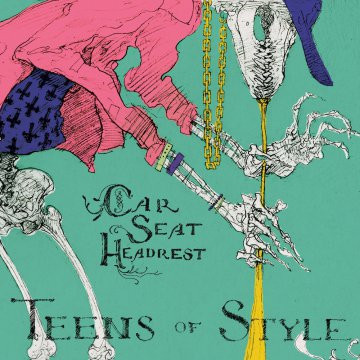 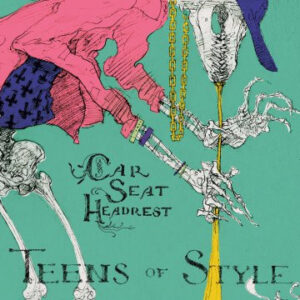 An eclectic mix of tracks, that take in a multitude of influences and transcend Will Toledo’s previous lo-fi sound.

Despite the rather unconventional name this is not Car Seat Headrest’s debut, but Will Toledo’s fourth album. However, it is his first outing with a full band, now signed to Matador, Toledo has cherry picked work from his previous three albums and reworked it. The results of which are exceptional, an album packed with variety and exciting tracks that transcend his previous lo-fi tag.

With the album opening in a swirling mass of electronic noise, Sunburned Shirts sounds like an over-effected Beach Boys track. This isn’t in any way to its detriment though, the chilled out groove augmented by the intriguing vocals paves the way for an exciting album.

The album seems to break free of convention, as Toledo pours in a variety of influences into the mix. This is at times both a help and a hindrance, as some tracks are exceptional yet others suffer from sounding identical to almost everything else out there right now. When Toledo sinks back into a more lo-fi sound, particularly No Passion, it finds him in a much more endearing state with the lack of bluster it cuts away some of the pointlessness of other tracks.

Yet the expanded arrangements do benefit some tracks, particularly Maud Gone, there’s a real beauty to this track and the fuller sound really benefits it. It also allows Toledo’s heartfelt lyrics to shine through; this isn’t always the case on the rest of the album unfortunately. Yet when they do they’re exquisite there is no doubt that he is an incredibly talented man, these talents are just somewhat overshadowed by the blusterous tracks.

The latter part of the album does see Toledo settle though; the lack of over effected vocals closes the album on a brilliant high. As he contemplates the thoughts of others and his concerns about what they think, Los Barrachos is arguably the best track by some distance, a simple affair yet it has beautiful electronic psychedelic sound to it.

The album is filled with ecstatic ups and downs, this being Toledo’s first album with a band there’s room to grow. He is definitely at his most comfortable when the bluster is stripped away, yet there are some real gems on the album. I can’t wait for the follow up Teens of Denial, which is due out mid next year.