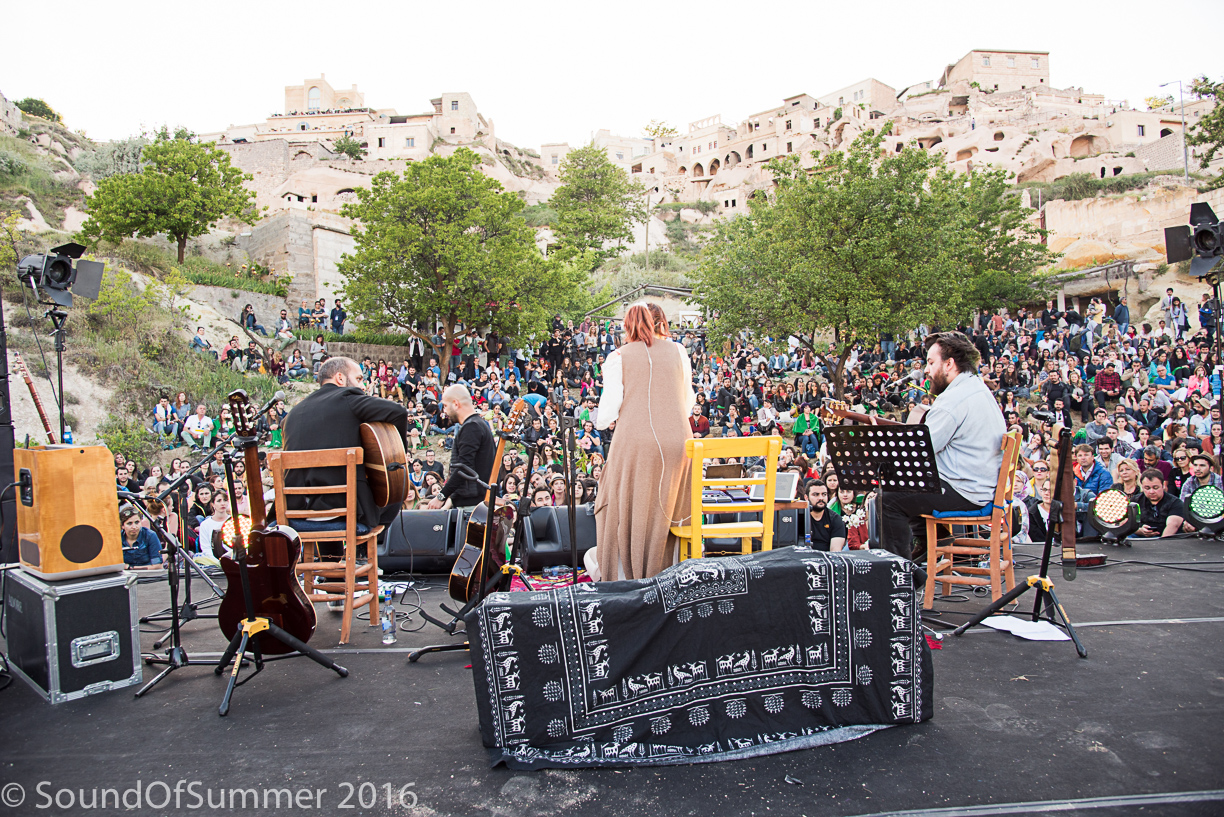 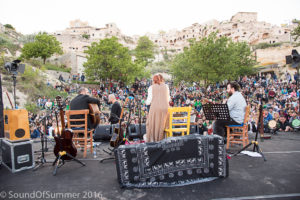 As I said in my preview of this festival a couple of weeks back I thought that Cappadox festival was likely to be a very special experience and so it proved.

Cappadox festival is perhaps not what we expect from a festival in the UK.  The festival celebrates not just music but contemporary art and gastronomy and its relationship with a unique and fragile environment.  Cappadox is centred on the hilltop village of Uchisar in the Cappadocia region of central Turkey.

The area is famed for its natural environment and is a world heritage site.  For thousands of years the residents have been making homes for themselves by carving into the soft sedimentary rocks left from the eruption of ancient volcanoes.  Many of these cave houses are still occupied today and a moderate cave house is likely to set you back at least £175,000 in today’s market. 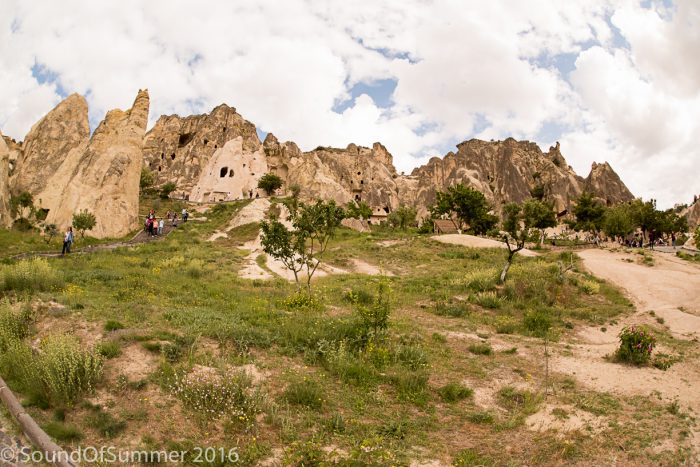 Festival organiser Ahmet Ulug from Pozitif Live told me that this year the festival had doubled in size since its inception just last year.  After scoping out the region Ahmet and his partners were convinced that they had found the perfect location to host a festival that would celebrate music, culture, art and spiritual wellbeing.  As a result Cappadox festival was born and its organisers believe that Cappadox can develop into a festival of international importance over the next five-years.

The music line-up at this years Cappadox featured a host of local and international artists all with some connection to Turkish culture.  Best known of the artists on show was perhaps the Sun Ra Orkestra.  American Jazz composer, bandleader, piano and synth player Sun Ra was the reason that Ulug’s Pozitif was born in the first place.  The founders saw Sun Ra perform whilst studying in the USA and were desperate to have the legendary Jazz-man play in Istanbul.  Unable to find a promoter to make the arrangements they formed Pozitif to do it themselves.

Louder Than War featured experimental rock outfit Gevende back in October last year so it was great to be able to catch them live.  I was impressed so watch out for a feature on this band soon. 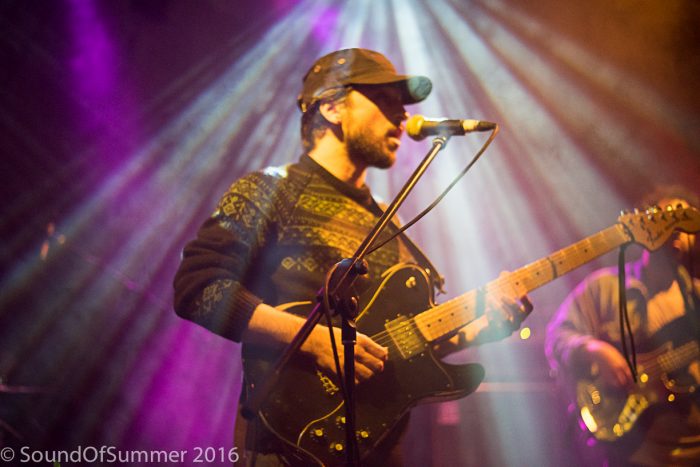 The Sun Ra Orkestra’s performance at the incredible natural phenomena that is the Tower Of Uchisar was simply wonderful.  It is fair to say that most of the members of the Orkestra are getting on in years.  One member of our party remarked that it was “a little like watching a geriatric clown revival but the sound was incredible.”  Indeed it was, the swinging experimental fusion jazz mixed with African rhythms had the substantial crowd swinging along as the magnificent sound reverberated around the natural ampitheatre.

A second open air venue at Ciftlik Evi in Uchisar played host to two of the most powerful and moving performances that I saw over the weekend.  Set close to the foot of the valley  below the town the areas natural terraces with the town towering above provided a beautiful setting for the concerts by trio Ceylan Ertem, Cenk Erdogan and Cihan Murtezaoglu and later by the Taksim Trio.  They may not be household names in the UK but they most certainly are in Turkey.

Ciftlik Evi was both acoustically and aesthetically stunning.  With the valley walls providing a natural backdrop to the stage, Ertem, Erdogan and Murtezaoglu held the crowd enthralled as they stormed through their set.  Make no mistake in the cultural melting pot that is Turkey the political message hammered out by this trio was appreciated by the crowd who sang along with gusto.  I may not have a word of Turkish but you could sense rebellion in the air as the trio thrilled the Cappadox crowd.  The political content of their songs was confirmed to me later by Turkish speaking members of our group. 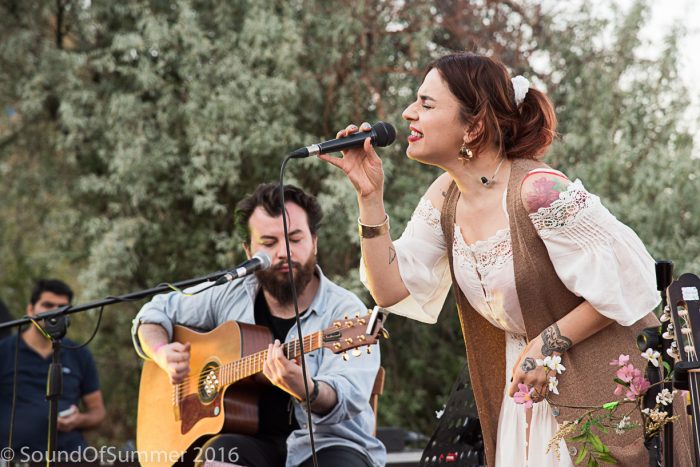 Taksim Trio simply blew me away at their gig the following evening.  Again these artists are huge names in their own right and clarinetist Hüsnü Şenlendirici is world renowned in contemporary jazz circles. The standard of musicianship was simply outstanding  as the Taksim Trio thrilled the Cappadox crowd.  The majority of songs may have been instrumental but the crowd added the vocals as the trio played a number of traditional Turkish songs with a modern twist.

Throughout Cappadox it was often the unexpected that thrilled the most.  This was certainly true of the musicians but it was perhaps Cappadox’s attention to detail that made this happen.  Picture and early morning walk onto a plateau in the Red Valley.  As the Sun rises you are greeted by the sight of hundreds of hot-air balloons emerging from the deep valleys around you.  As the balloons drift peacefully into the air the roar of their gas burners is disguised by the sound of traditional Turkish instrumentation as concerts by Adam Hurst and Mercan Dede greet the new dawn and ease you into a new day. 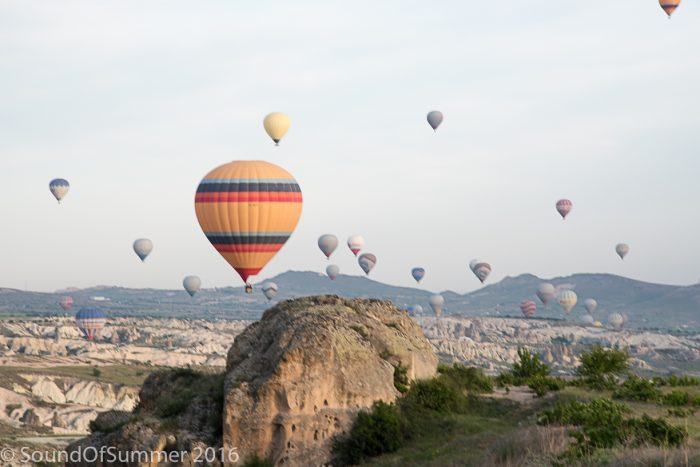 Late in the evening, with a full moon overhead, Harpist Sirin Pancarogiu and Cellist Rebecca Foon greet the night with a beautiful, gentle and haunting concert as midnight approached.  It is almost impossible to describe the beauty and tranquility of this music as the full moon cast its ghostly light across the most incredible landscape I have ever had the privilege to enjoy.  As I listened to the music, warmed by the glow of a brazier, whilst enjoying red wine, cheese and strawberries it is hard to imagine a more appropriate ending to a totally unique festival.

Having seen what Cappadox has to offer I am convinced that it has all of the elements that will lead to it becoming a major international festival in the years to come.

Cappadox festival is on the internet here.  The festival is also on Facebook and Tweets as @CappadoxFest