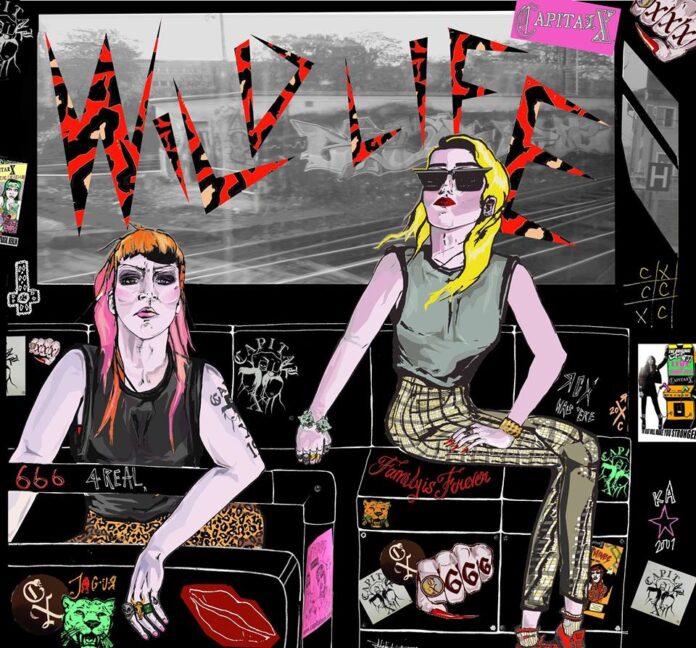 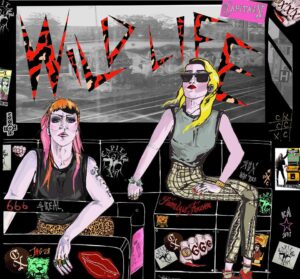 The debut album from 2013 by the south coast all-girl digi-punk electro-pop dynamic duo gets re-issued prior to a new album due out next year.

You know the classic T-shirt by Vivienne Westwood? “You’re gonna wake up one morning and KNOW what side of the bed you’ve been lying on.” Lists of Hates & Loves?

Well, just for fun, I asked female digital punk duo Capital X  to do us their updated version…

First time I saw Capital X live I was unimpressed, thinking they were the 16 year old spoiled brats with a load of flash electronic gear their parents had got them for Xmas. Tank Girl-ish Electronic Would-be Punx. Kitsch’n’sync 2-Unlimited meets ATR Lite with an obsession with 80’s tackyness. Make up by Toyah.

Fast-Forward 18 months and I saw them sandwiched between a couple of male guitar bands (albeit good ones) and they came over as a techno-coloured riot of attitude and sass – with Huge sub-sonic bass sounds, skittering beats and Pop Tunes with a defiantly RetroFuturist 80’s soundclash. Julz Jetsons manic stage presence couple with Ruth’s cool, detached look made them thoroughly watchable and hugely enjoyable. Oh, and their song Bad Girls of 1985 is titled such because that is the year they were born.

This album came out the end of 2013 and they’re re-issuing it to pay for the next and it is a bold, bizarre piece of work. It’s Pop Music weighed down and buoyed-up by its obsessions. A fantasy world of escapism and sci-fi, hi-tech, fly-girl, 80’s theme tunes, kitsch ‘n’ trash, comic-book, ravey ArtPopTrash Electroclash designed to be enjoyed and swallowed whole.

Sigue Sigue Sputnik, Shampoo, Betty Boo, Deelite, 2 Unlimited, Fuzzbox and so on all made a spalsh and some dosh with similarly disposable but fun works and there’s no reason why Capital X can’t as well. This album is the blueprint, the next will be a monster that takes over the world… maybe.

Hit up the Capital X Big Cartel to buy the album and other march.