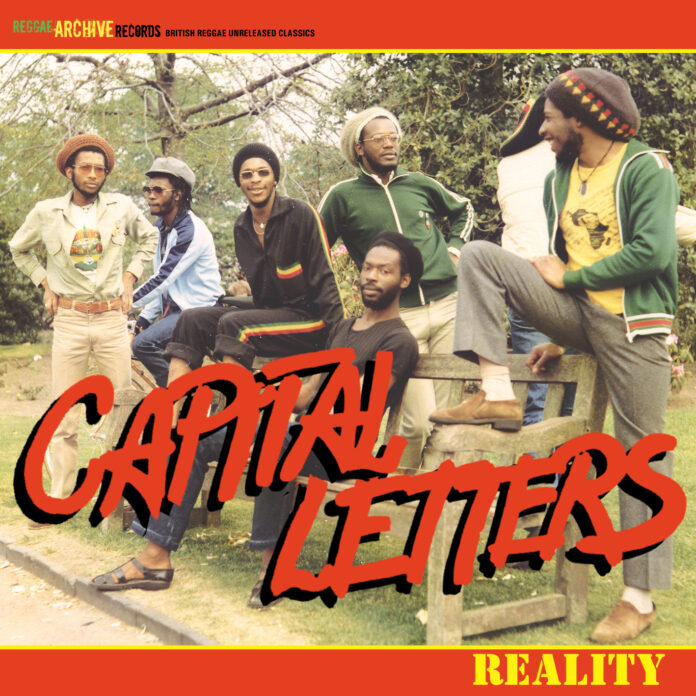 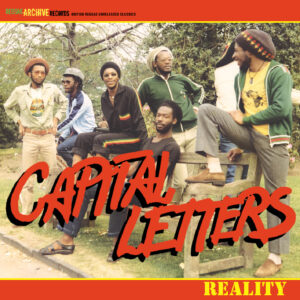 A heavy old school sound reverberates from the Midlands reggae scene, one which remains unrivalled across the UK and is perfectly summed up by Capital Letters, whose mixing from 1985 is of an impeccable quality, here rereleased for reggae fans everywhere.

There is a depth to this album that is often ignored on the festival circuit where reggae is monotonous and soulless – and it’s heard across this entire album. Opening with Reality (followed by Reality Dub) and a roots rugged rendition of Smoking My Ganja (not yet a cliché remember) the album ensures a strong footing in the audiences mind early on.

Capital Letters were one of the first reggae outfits on the UK scene back in the 70s and with this album you can immerse yourself in a thick and chilled out sound which never jars.

One of the most engaging tracks on the album is This Is Club Dance for those who are aching for warm sunbeams instead of slushing through puddles and floods. This Is captures a really funky involuntary hip swinging beat and the dub that follows on the album is a wonderful injection of trippy adrenaline. Cocaine is a brilliant cruising single and is a very vocally inviting warning song with a joyous and memorable beat.

Reality by Capital Letters should be a collectors favourite and a new generations introduction, it is a brilliant revival of classic authentic material and overall vibrant piece of work.