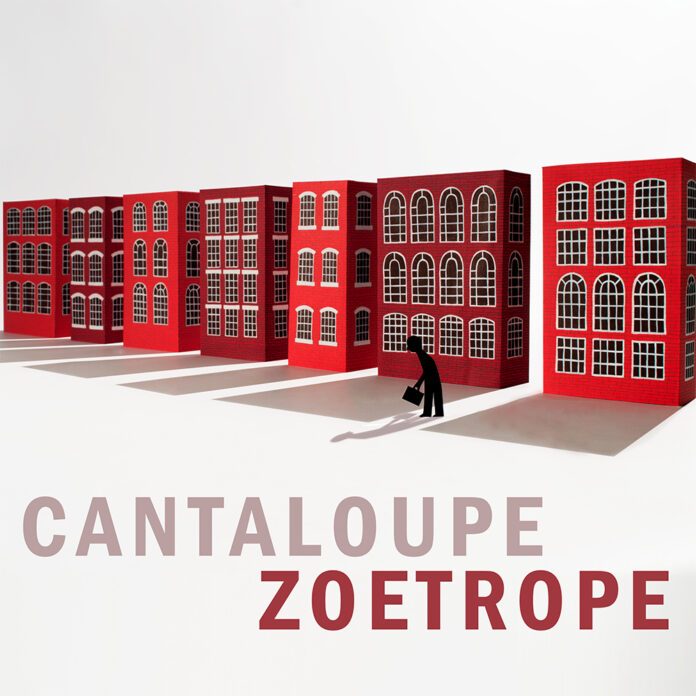 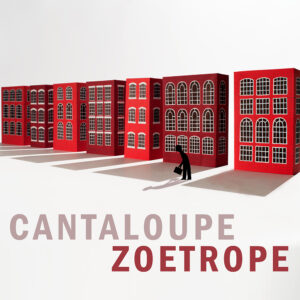 Nottingham electro outfit Cantaloupe release their debut album in mid March. Stephen Murphy got his hands on a promo copy – check out his review below.

Relatively tiddly Nottingham record label, Hello Thor, are clearly in league with the devil. its the only rational explanation for how such a small enterprise can consistently release such varied, innovative and wildly listenable material. From the bubblegum county rock wailing of Fists, to the gentle folk-pop beauty of We Show Up On RadaR, Hello Thor can seemingly do not wrong. This Faustian/meeting-at-the-crossroads-at-midnight pact continues with their latest release, the debut album from electro pop adventurers, Cantaloupe.

When Cantaloupe released their second EP, Splish, a couple of years ago – there was a feeling amongst those who heard it, that something very special had been unleashed on the world. A frenetic, hook laden mash up of 8-bit computer game blips n’ blops, guitars and drums, that in symphony together was akin to experiencing a sense of euphoria, only normally achieved with the ingestion of certain herbs and chemicals.

So with one of the musical highlights of 2013 under their belts, how have the band (consisting of John Simson-synths, Aaron Doyle-drums, Eleanor Lee-synth/vocals and David Stockwell-guitars) faired in producing a full length follow to the aural wonderment of Splish? The answer in short is ohfuckingchristit’ssogoodI’vejustshatmyselfinexcitment!

As a statement of intent, Zoetrope’s opener, Big Kiss, couldn’t be any more grin inducing and foot tapping if it tried. It’s as if Cantaloupe have somehow managed to plug directly into the listeners brain and issued a command of <dance + “smile maniacally”=“you” yes you motherfucker>. Certainly, if this mash up of early Depeche Mode and Kraftwerk doesn’t somehow move you, you must be somewhat dead.

Things get even better with Ambition and Labour and Love, which not only sound like long-lost soundtracks to an unseen John Hughes movie, but also benefit from the mournfully lovely vocals of Eleanor Lee, which adds yet another layer to the sense of 80s electro romanticism.

For pure, deliciously wanton listening pleasure though, 0891 50 50 50 and Ian Whitehead are perhaps the album’s best tracks. Whilst there are hints of Stereolab, Air, and the theme tunes from Street Hawk/Metal Micky/Knight Rider in the mix, both of these songs are masterclasses in how to take recognisable sexy-synth-pop tropes, mix them with a twisty/turny, left field sense of adventurism and create something that is splendidly unique.

Cleary, strong song writing is the key to Cantaloupe’s appeal, but plaudits must also be thrown in the direction of Zoetrope’s producer, Pete Fletcher, who not only manages to give the album a zesty pop shine, but also a sense of thrilling experimentalism that the band exhibit in spades in the live setting.

Even in quarter one of 2015, it’s clear that Zoetrope is going to be one of the albums of the year, so If you want some life-affirming, full throttle throbbing synth madness in your life too, you need to get on the Cantaloupe bus ASAP. Trust me, you’d be mad not to.

Zoetrope can be purchased from hellothor.com.