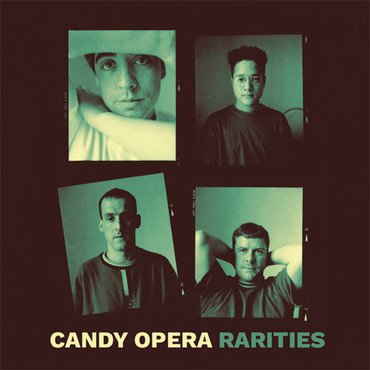 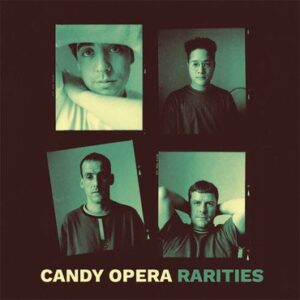 What more can be said about Candy Opera that hasn’t been said in recent weeks and months? The Liverpool band who never got the plaudits their material deserved, whilst Aztec Camera, Prefab Sprout and Echo and The Bunneymen took it all. How times have changed, with Candy Opera’s first ever album 45 Revolutions Per Minute selling out faster than hot cakes leaving the bakery shelves, their 2nd album released on Firestation Records entitled Rarities should see further musical hot cakes flying from the shelves faster than you can say Roddy Frame’s leather jacket. Matt Mead reviews the album for Louder Than War.

Considering Candy Opera’s material when originally created should have been a world changer, it still baffles me every day when I think that in 2018 the world are finally starting to wake up to the sound of this sumptuous sophisticated pop machine. With strong hints of Love Forever Changes and The Beach Boy’s Surf’s Up their songs are crafted with a mixture all aforementioned bands, but with their originality which confirms the status of Candy Opera being the best new band of 2018. Period.

Their live shows are quite something also. I recently saw them at the Shiiine On festival held at Butlins in Minehead. The band are as tight as a flexed elastic band with Paul Malone bouncing on the spot giving a breath-taking lead singer performance, sounding like Phil Lynot in his prime but without the big bass or big hair. Paul showcases a full range of vocal chords, he sings like it’s his last ever performance, giving his everything for the paying audience, let’s hope Paul and the rest of the band don’t ever leave us hanging for too long.

So, what do we get with the Rarities set. I Can See For Miles, no, not a cover of The Who classic, but an original number which gives a nod to Steely Dan Do It Again mixed with The Beta Band with it’s cool laid back sunset vibe, It’s Only Time We’re Killing has slight hints towards Buffalo Springfield’s For What It’s Worth and Dusty Springfield Son of a Preacher Man, Nine Times Out Of Ten is another belting number, harking back to the more familiar tones of the 45 Revolutions album, the likes of Aztec Camera and Prefab Sprout will be whetting their proverbial ballad writing appetite over this number.

There are a couple of songs that will be familiar to those that have seen the band live or purchased the 45 Revolutions Per Minute set. Rise (If That’s What People Want) is a full on wah wah guitar, pop guitar rip roaring classic, if Lewis Hamilton needed a song to drive around the F1 track it should be this one. What A Way To Travel is also featured in this new set, the song is fast becoming an anthem for the band with plays of the song being heard on BBC Radio London, BBC 6 Music and BBC Merseyside, the take on the song in this collection is a long lost demo version, a slightly slower version but nonetheless as catchy and beautiful as the previously released version that tells the story of Roger Banisters 4 minute mile and makes for a perfect ending to a jolly good compilation of a quite fascinating band that have come out of the shadows in 2018.

All words by Matt Mead. Further articles by Matt can be found the Louder Than War author archive pages.