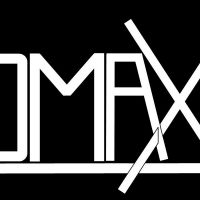 Liverpool’s famous Lomax venue – a stepping stone for so many bands local and national is facing closure after the local cops raided it and Garlands last week for drugs.

There is a protest next week to save the club and a Facebook campaign that has already attracted many followers.

This is just days before police will appear in Liverpool and Knowsley Magistrates Court for a full hearing to close the club.

The Facebook event says: “Following the ridiculous accusations made against this venue, we are organising a protest gig to save the best music venue in town, the Lomax, with the best staff, managers and customers going…. a true FAMILY.

“We will meet at midday on Saturday 21st outside the Lomax. Bring banners, instruments and loud voices! Save Lomax! The people’s venue.”

The Lomax club will remain closed until February 25 after police made a formal application for a closure order in court.

He said: “Drug misuse is rife on the premises. The toilets were drug swabbed and tested positive for cocaine.”

He added: “Police officers could receive drugs from across the bar. One officer was taken out behind the bar and was offered cocaine.”

At Louder Than War we wonder how many drugs you would find in many places of public life these days and how many non rock n roll places and people may use drugs as well. Surely there is a less drastic solution than this.