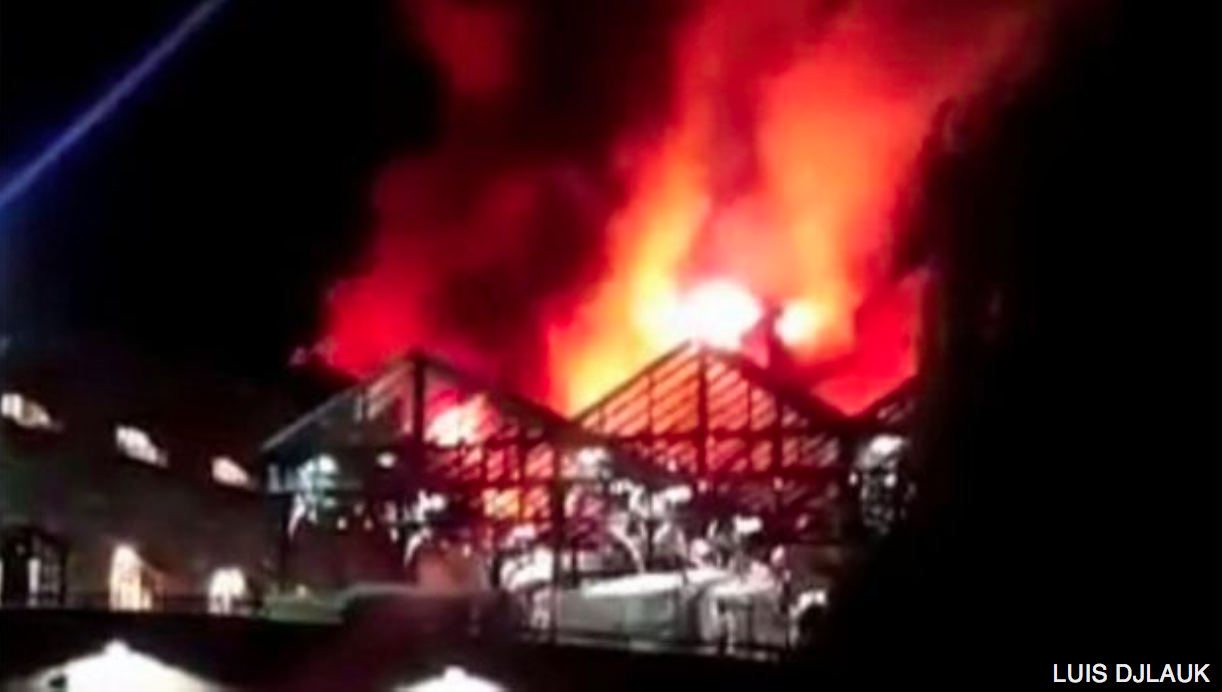 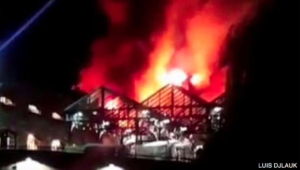 The epicentre of UK pop culture, Camden market has been engulfed by fire. Some of the famous landmarks like Rehearsal Rehearsals where the Clash did their first rehearsals and Dingwalls have escaped the blaze but yet another huge fire has swept through a UK site.

London Fire Brigade (LFB) said 70 firefighters and 10 fire engines were sent to the site, which is a popular tourist attraction.

Major fires have hit the sprawling market area twice before in recent years, in 2008 and 2014.