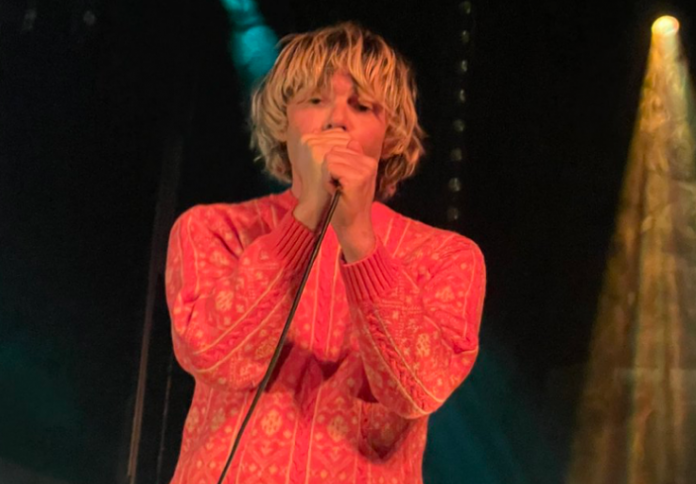 Sound + Vision have put on music conference events and festivals from way back in the pre-pandemic years to now, and in 2022 they’ve decided to try and spark some action in Cambridge.

The City is of course famous for its university which provides a stunning architectural vista and makes it one of the most beautiful looking places in the UK – full of magic gardens and fascinating back streets and learned looking boffins on bikes, but apart from Pink Floyd and a few others its contribution to the UK’s musical narrative has been slight.

Of course, having a population of 130,000 with an addition of 25,000 students is making it a big ask to become a musical powerhouse like Manchester and Liverpool and the other northern cities, but there are sparks here. They have one of the best venues in the country – the Junction which has a main venue cap of 800 and a couple of smaller breakaway rooms, and is run by a great team which makes it a welcome and regular stop for touring bands. And now Sound + Vision has come to town to bring a series of panels and speakers and gigs to try and inform and connect young musicians.

There’s a series of in conversations with saw your correspondent interview Simon Raymonde – the head honcho of Bella Union Records (watch the interview here) – and Tim Burgess and Bob Stanley interview each other about their love of music and the minutiae and cornucopia of scurrying small creative life forms that exist under the mainstream rocks, plus Sarah Walters conducting a fascinating and in-depth interview with Steven Morris from New Order.

There is also lots of music across many venues – there’s so much just in the Junction that LTW have set up base here first catching Eckoes deliver esoteric ethereal electronic and a captivating spacious soulful music that shivers with a dark energy and a melodic waterfall. It’s gripping and beautiful stuff and she also looks amazing in self-designed stage wear adding a sartorial layer to the subtle shape-shifting nuances and textures of her music.

Upping the ante Shao Dow looks and sounds like he has exploded from one of the pages of the Manga comics that he authors with a compelling set of grime infested hip hop with a dark industrial undertow. There are 21st-century updates of the elements of Nine Inch Nails and the proto-industrial grooves of the dark energy tech wave of a few decades ago mixed and mashed into the pulverising dystopian vision.

It’s not too dense that you are pinned to the back wall though – there are plenty of singalong sections and his delivery demands attention, and the whole shebang is hypnotic and high energy as Shao Dow decorates his songs with skilfully lyricism and big ninja hooks and makes up for being the sole individual on stage with an impressive physical display that combines martial arts moves and even a swinging nunchucks with an intense high energy display. Nubiyan Twist close the night with their afro-jazz that is skilfully played and giving a great grinding groove from the sax led brass section.

Saturday night is the Bella Union label night celebrating their 25th anniversary with a label showcase in the Junction reflecting the diversity that is the core of their operation but also the creative and impassioned musical matrix that somehow binds them together and makes sense of this.

Ren Harvieu burst out of Manchester a few years ago with her spellbinding voice that got rave notices everywhere and seemed on the fast lane for major success. I hadn’t heard about her for a bit so it was great to see that she has now signed to Bella Union – a perfect home for her talents that places her firmly back into the kind of musical narrative that suits her impassioned and soulful and powerful songs. Tonight is better than ever with her torch songs now given a layer of pop classicism that gives them a timeless feel and bodes well for her future.

Penelope Isles are about to release their second album for the label and their smouldering songs that build from the indie tension onto elongated post-rock climactic end pieces pull you in with their dynamics. The levels of intensity build with the songs and the band morph visually and sonically from their indie melodic pieces into the vein busting climaxes that paint dark and wild narratives out of the sonics. It’s compelling stuff.

The headliner is Tim Burgess. The Charlatans legend has been pretty busy in the past few years not only with his classic band who are as still creative as ever and retain a huge loyal following, but also with his now legendary online listening parties, books, coffee, and much more. Somehow he has found the time to navigate a solo project, this is the first time I’ve caught it live and it’s great to get immersed in his extracurricular vision.

Away from the Charlatans, Tim gets to explore his deeper dive record collection obsessions and there are some fantastically quirky moments here that sound closer to the Cardiacs or cranking lyrical sixties Dylanesque adventures, or the kind of pumping northern soul that infected the Charlatans – and they even do a cover of his day job’s bands classic The Only One I Know. Of course, the ageless Tim is an engaging performer, chatting to the audience like they’re old friends and making full effective use of his compelling nasal voice as it holds the 7-piece band’s musical adventures together.

There’s plenty of classic songwriting here but it somehow sounds fresh and modern instead of museum piece curios. There is a vibrant energy and some big choruses and a restless musical curiosity that makes Tim Burgess still sound vital after all these decades.