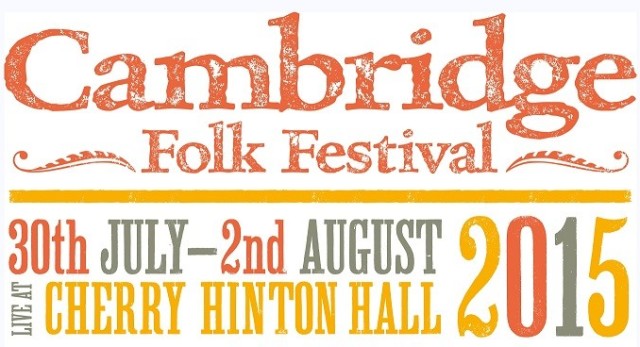 Mike Ainscoe looks forward to a return trip to the Cambridge Folk Festival having broken his duck at last year’s 50th anniversary festival.

Having reached its half century in 2014, in cricketing terms, you’d celebrate and then concentrate on the next fifty. It’s back to business as usual this year for the highly revered Cambridge Folk Festival with the usual eclectic mix of traditional folk mixed with some more mainstream and crossover bands and artists who make up one of the best smaller but perfectly formed and friendly festivals.

Smaller it may be in size as far as festivals go, but big in reputation. This year’s headliners haven’t quite matched the controversy of this year’s Glastonbury – you’re not going to find Saturday headliner and folk stalwart Joan Baez heading off into an improvised folk version of ‘Bohemian Rhapsody’ for example. With the other two headlining slots being taken by the slightly less folky yet roots-y Frank Turner and the distinctly less folky Passenger (perhaps the equivalent in some ways of Sinead O’Connor last year), certainly the significant slots pay homage to a wider brief, yet the festival is very much geared towards the traditional folk branch of the music tree where its real roots lie.

Testimony to that comes in the form of performance areas such as on the smaller outlying stages of The Den and the Front Room which stand on the outskirts of the main arena and in the stunning grounds of Cherry Hinton Hall where you can always find a spot of peace and tranquillity from the crowds around the big tent which houses the main stage. 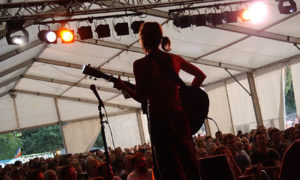 Add to that the various sessions and impromptu happenings taking place all over the grounds and the campsite – multi million selling Newton Faulkner turning up for a jam on one of the campsites last year, plus a glut of artists constantly chatting and performing in the grounds for the official cameras and you have the usual festival job of flitting between the stages to try and catch something of everyone, or the task of deciding who to miss in order to grab a good spot for someone who takes your fancy. Talking of which, here are a few names from the bill who might just be worth watching out for:

Who to look forward to.

Frank Turner – always worth watching and also with a new album due, promises to be possibly the pick of the headliners or one who will give the traditional and the contemporary peers a run for their money

Who not to miss

Kim Churchill – lively young Aussie whose stage presence and performance is a whirling dervish of guitar, percussion and loops all buried beneath a shock of incredibly cool blonde hair

Simpson, Cutting & Kerr – a veritable supergroup including the folk singer of the year, and worth catching  just to hear them do ‘The Plains Of Waterloo’

Katzenjammer – the all girl Scandanavians and their big instrument

In The Den you’ll find:

Banjo virtuoso and member of the Urban Folk Quartet Dan Walsh, Stu Larsen (who’s toured with Passenger), Kings Of The South Seas (Ben Nicholl’s song project who bagged some useful exposure on tour with  Bellowhead) and  Hattie Briggs (fresh from a lengthy our support slot with  Kathryn Roberts & Sean Lakeman) 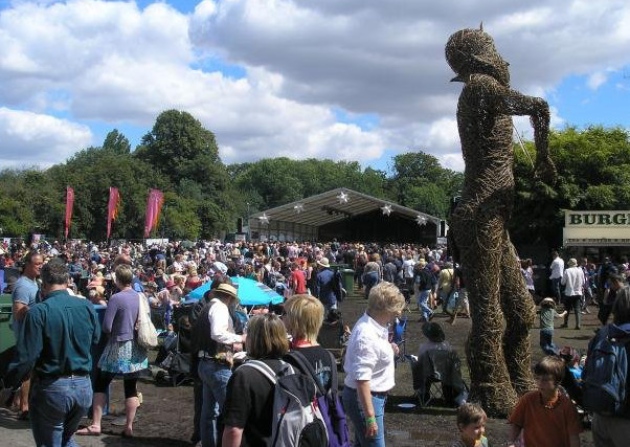 Club Tent Showcases – those on whom there are pinned thigh hopes, ones to watch out for in the future
Sam Kelly Trio (Fri), Kim Churchill (Sat), Stick In The Wheel (Sat), Ange Hardy (Sun), Mishaped Pearls (Sun)