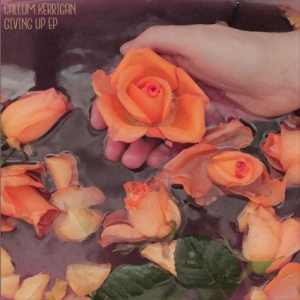 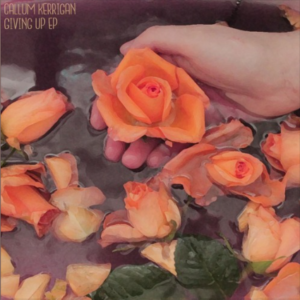 Tortured songwriter and once-proclaimed King of Cannock adjusts his thorny crown on self-released EP. Sam Lambeth made it through without becoming an alcoholic.

There is a certain unwritten rule that we expect our acoustic singer-songwriters to vent their wounded spleens across an album, like a painter frenziedly spilling their ink over a canvas. While there are exceptions to this rule, Rugeley ragamuffin Callum Kerrigan proudly adopts to this – throughout his EP, Giving Up, he exorcises his many demons through the medium of a lo-fi folk thrum.

With its intimate feel and haunting echoes, Giving Up feels more like a series of diary entries set to music rather than actual songs, but that’s what gives Kerrigan a winning edge – opening track Alcohol is ironically sobering, Kerrigan’s croak wrapping around a downbeat strum that should be blasted out in the lift speakers of every AA meeting location across the country.

While Kerrigan would like to align himself to the emo-tinged turmoil of Modern Baseball and Crywank, musically Giving Up falls into fragile folk territory, Eyes and Fortress recalling a wearier Ben Howard. He does show new leaps forward, though, on new song – and closer – Make Believe, beginning with a distant shrill of tambourines like The Brian Jonestown Massacre at their most contemplative, before a sombre acoustic chug arrives to do battle with Kerrigan’s reverb-drenched howl.

Giving Up may not be of a sunny disposition, but its puffy-eyed confessions will ensure those with tear-stained lecture notes will have a new anti-hero to anoint. But best listen without a bottle of gin.

Callum Kerrigan is on Facebook. Giving Up is released on Friday 31 March.