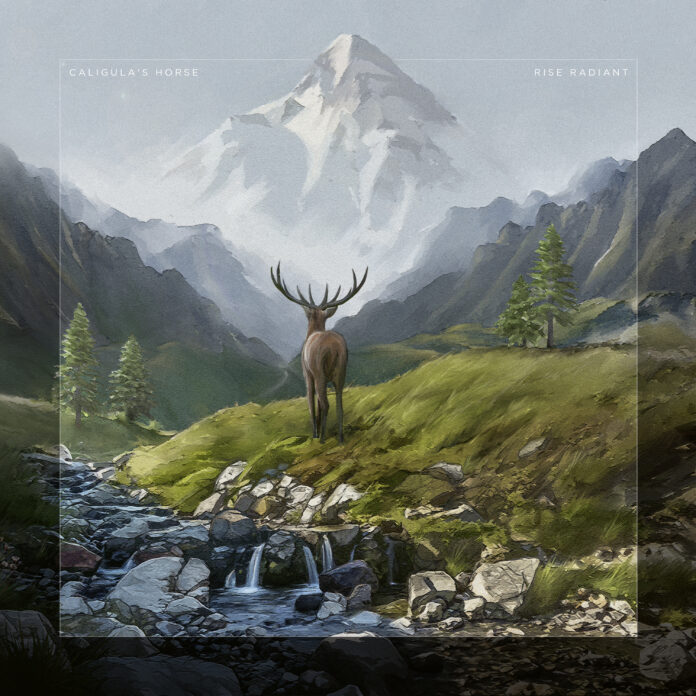 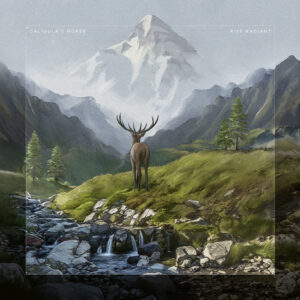 Caligula’s Horse are a progressive metal band from Brisbane, Australia, who on their fifth album Rise Radiant, have produced a set of musical performances full of passion, and virtuosic ensemble playing. Their take on progressive metal is heart stopping in its pushing of the bands creative edge to new outer boundaries.

Opening track The Tempest begins with a hurricane like wall of sound, with dynamic slamming riffs and rhythms.The bands distinctive vocal sound, led by Jim Grey, is full of soaring jagged emotion, and is perfectly enveloped by the changing pitch of the instruments. Sam Vallen’s stunning shredding guitar solo smashes through the metal maelstrom. A killer opening track.

Slow Violence, one of the singles from the album, which has been accompanied by a great video, epitomises the musical heights the band is capable of scaling. Sam Vallen and Adrian Goleby’s guitars create a wondrous staccato edge, matched by the tough sinewy playing of bassist Dale Prinsse and drummer Josh Griffin. It has the kind of musical dexterity that the classic progressive band Yes would be proud of, imbued with the heaviness of metal, and a strong message about the need for change and equality. Just imagine yourself in the midst of head banging metal heads, with crowd surfing going on around you, to sense how this might feel live.

It is very apparent traveling through this album, that Caligula’s Horse have fused in a quite breathtaking form, the compositional complexity and constantly shifting musical settings of progressive music, with the heavy dynamics and intense wall of sound that metal can bring. It is a compelling mix, that means the album rewards repeated playbacks, with each listen revealing new musical discoveries.

The lengthy songs Autumn and The Ascent that close the album, represent the pinnacle of this great albums achievement. Autumn has a lovely pastoral acoustic beginning, and Jim’s gentle yet passionate vocal performance drives the song’s journey through contrasting musical sequences, including a beautiful medieval sounding section with some finely nuanced acoustic guitar and bass lines, and an ethereal harmony vocal passage. It has an almost choral and spiritual feel, that can be found also in The Ascent, that closes the album.

The Ascent, clocking in at well over ten minutes, is a musical suite, that in its opening section combines squealing guitar and swirling progressive music passages. It then segues into a hushed harmonics interlude, before exploding back into sonically ascending vocals and guitars, succeeded by some fluent melodic guitar soloing. The musical contrasts continue with acoustically led playing, succeeded by the bands’ characteristic full on anthemic ensemble attack, and stuttering guitar riffs that push the song to a thrilling conclusion.

This album is a metal classic, and the band’s creative drive seems unstoppable. When the album is available, it will be accompanied by two bonus tracks, one of which is intriguingly a cover of the Peter Gabriel and Kate Bush duet Don’t Give Up. If you love metal or progressive music you need to listen to this album.

You can find Caligula’s Horse on: