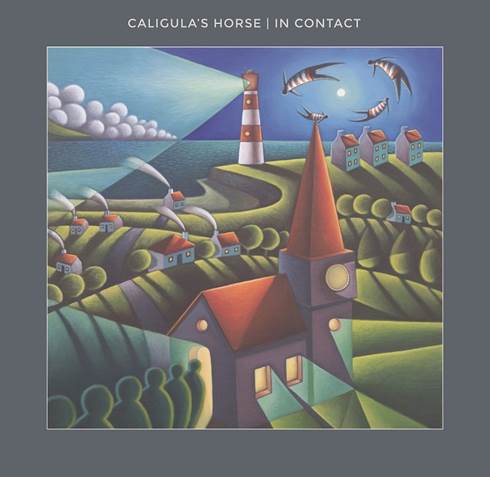 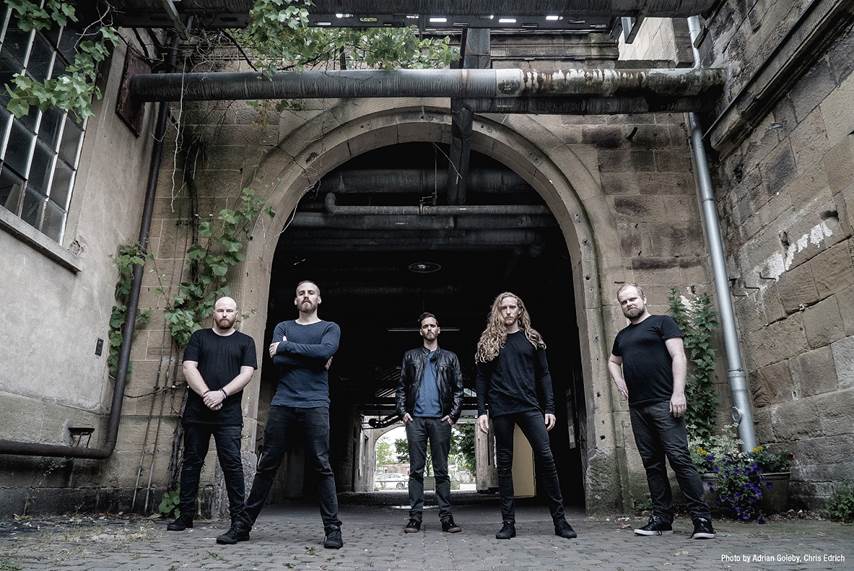 Caligula’s Horse, a band at the forefront of Australia’s progressive rock scene, are set to release their much-anticipated new album In Contact on the 15 September 2017. We had a quick chat with lead guitarist Sam Vallen to talk about the band and the new album and also reveal the video for a track from the album – Songs For No One.

Louder Than War: Josh (Griffin – drums) & Adrian (Goleby – guitar) have played with the band a while now, but this is their first recording. How did they settle to the studio work?

Sam Vallen: Josh and Adrian are incredible players, and joys to be around on tour. As a songwriter there are few things more inspiring than being able to write freely and knowing that your band are capable of articulating your ideas without any compromise. But with these guys it goes further: anything I can dream up, they can improve on.

SV: Writing for In Contact started slowly late last year, but the bulk was written between February, and the commencement of recording in May.

LTW: Although I’ve not seen them yet, there’s a lot of personal stuff in the lyrics? Any autobiographical aspects at play?

A lot of the ideas behind the album’s concept came from real world experience. Jim and I rarely approach concepts and themes as ends in themselves; the narrative is more a vessel through which we can explore ideas that are close to us in a less “direct” context. A good example is the underlying theme of the first chapter, To The Wind – the story of a recovering alcoholic artist who, in the face of his clamouring public and the expectation for new and greater work, succumbs again to his toxic muse. The story is less important than its implications; Jim and I both have an issue with the trope of the “tortured artist,” the valourization of pain and suffering that many demand is part and parcel of creating art. This story lets us explore ideas like that without restricting ourselves to something closed and specific.

LTW: And are the ‘characters’ in the four parts based on anyone in particular?

SV: Not really, they’re archetypes of different facets of artistry and inspiration. Vehicles for the exploration of those ideas, wherever they took us.

LTW: What was the reasoning behind the choice of Will’s Song to tease the album?

SV: It goes without saying that we really like the track, and that’s the foremost reason for releasing it first. But it was also important to us that we take people by surprise and avoid repeating ourselves. Will’s Song might be the heaviest song we’ve written (not that that means much!), and it’s certainly darker than the majority of Bloom, so we saw leading with it as a statement of unpredictability.

LTW: Graves is a fantastic track (and one you’ve also been playing  live I believe). How did/does such a longer track like that develop?

SV: Thanks! Before we started writing In Contact, Jim and I discussed creating a long-form work that ticked all of the boxes for us as writers: something that organically ebbs and flows, spells out a theme in detail, and doesn’t feel unnecessarily drawn-out. In that way it was kind of an experiment in form: can we make a “side-length” track that actually adheres to all of those things? A lot of the early writing for the album revolved around Graves, and many, many hours went into it. The creative push it took to finish was intense; I fell into heavy writer’s block afterwards which took a few months to shake. But it was all worth it. I couldn’t be happier with Graves.

LTW: Can you tell us a bit more about  the spoken word piece – Inertia and the Weapon Of the Wall?

SV: Jim has occasionally worked spoken-word pieces into our live set, and so it seemed a logical progression to put one on the album. In this case it’s a kind of manifesto for the third chapter’s titular character, Ink. My intention in orchestrating it was to take Jim’s words and treat them as “visually” as possible in the accompaniment without resorting to real-world sounds. I think it’s a very unique work, and if you listen to it on a big sound system (you’ll need a sub for full effect) and feel nothing, I’d be very surprised.

LTW: How do you think the band have developed since ’…Ephemeral City’?

In a word, organically. Jim and my writing process has gone from being a battle to being a conversation; we’re always on the same page nowadays, and we rarely disagree on a song’s direction. Moments… was, for all intents and purposes, a solo album of mine with Jim as a guest. River’s End was a mutual effort, but one where we were still feeling out our roles. Bloom was an album based around themes of positivity, and as such, it was relatively easy to make. In Contact is very ambitious in its scope, stylistic variety, and technicality, and there’s no doubt that the experience we’ve developed over the years and the creative process we’ve refined together was necessary for it to take shape.

LTW: What’s it been like working with Inside Out since you signed with them?

SV: Being on a label with such great respect for the art and the artist is a dream come true. We never feel pressures for immediate commercial success, and we’re encouraged to be ambitious. For my own stake as a songwriter and musician, I couldn’t ask for more.

LTW: IO have also re-released the first couple of albums haven’t they – any special extras or remastering on those or are they just now with the IO tag?

Nothing new, but the main point of the re-release was to make them available places they may not have been in the past. It was always very hard to buy these records in Europe for example, but now its easy!

SV: I’m actually in the last year of a PhD in musicology/sociology where I explore exactly that question! I think its easy enough to describe and discuss “progressive” traits in music – the stuff we’ve all heard from the media and fans for many years: long songs, classical influences, virtuosity, etc. – to use “progressive” in that context makes sense to most people, and its useful as a means of describing the sound of a certain stream of music. The extension of that definition might just be that you’re open to a wider range of influences than more clearly-defined musical styles. Caligula’s Horse fits into that category.

But I feel like reducing “progressive” down to predetermined musical/paramusical traits is too problematic to ignore. The gist of my thesis is this: popular music changed drastically in the mid/late-sixties in a way that was genuinely progressive, that is to say it started aspiring to ideas of being art rather than commodity, and began to challenge entrenched ideas of what was normal in popular music up to that point. By the time progressive rock became the dominant stylistic trend (think ELP selling out stadiums in the early/mid-seventies), it became stylistically self-referential: it had arguably lost a degree of that same impulse towards negation and upheaval that had made it a genuinely progressive force previously. The same could be said of any bands imitating past musical styles, which almost all of us do to some degree. In this understanding, I’d suggest a band like Meshuggah as being genuinely progressive: they’ve cast aside the normal approaches to harmony and rhythm in metal, and created an entirely new language that has influenced practically everyone in the metal world.

I better stop there… This is something I could talk about a lot!

LTW: You were touring  here recently and  had a a sell out London show although PROG magazine reviewed the quieter Southampton gig. How do you find the live music scene for the emerging  (and not just the progressively inclined) bands? Especially a band from a far off outpost!

SV: We’ve toured Europe twice, and the reception has been fantastic. The audiences across the UK and Europe are amazingly accommodating and warm, and although we definitely feel the culture shock from time to time, it’s always a very positive experience.

Today they are pleased to reveal the second track to be taken from the album, titled Songs for No One, and you can listen to that here:

Vocalist Jim Grey comments: “Songs for No One carries great emotional weight for me personally – the ideal to be a force of positivity in the world is an enormous challenge, but one that we should all strive for. At its core, this track is about the value of having passion, whether publicly displayed or not. Creations or work completed for yourself alone have just as much value as work seen or heard by many, for the experience, growth, and joy it brings to you alone.”

Written between late 2016 and May 2017, the album went through a rapid production/mixing/mastering process encompassing five weeks between May and June. The music felt fresh and the ideas were captured at the peak of their vitality. The music on In Contact stretched all of the bands abilities, from the frantic speed and complexity of Will’s Song (Let the Colours Run) to the immense scope and variety of the 16-minute album closer, Graves. This is Caligula’s Horse at their most ambitious and progressive.