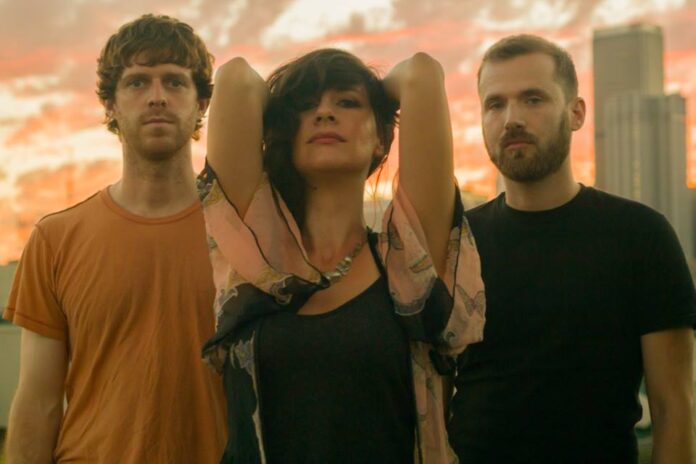 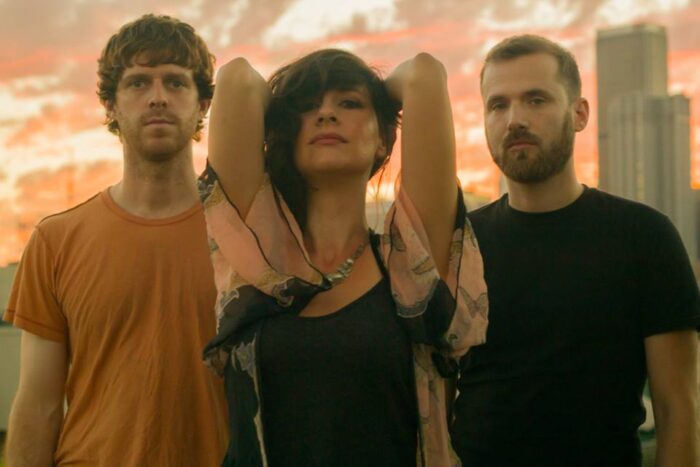 Ahead of their first UK tour the electro-edged power-pop band Happy Hollows release their new single ‘Astrid’ on 24 May. Stream the track below where you can also find tour dates.

Already quite well established with two albums under their belts already, Happy Hollows, who’re fronted by the magnetic presence of singer and guitarist Sarah Negahdari, have supported some great bands since they came together a few years ago, bands for whom their hook-laden power-pop made the perfect foil. We’re talking artists such as Japandroids, Silversun Pickups and Deerhoof, all of whom are Louder Than War favourites and should act as some kind of guide as to who their music might appeal to.

“…built around a pulsing vintage-synth pattern courtesy of the Roland Juno 106. Into this heavyweight foundation are layered crisp propulsive drums, divergent keyboard melodies, dazzling guitar runs and Sarah Negahdari’s strident vocal, evocative of Karen O or Siouxsie Sioux. Lyrically, ‘Astrid’ plays on the idea of drawing consolation from concepts of destiny and fate.”

Commenting on the single Sarah says…

“The song captures the longing for a simple time when human agency and the movements of heavenly objects were believed to be one and the same. It is a subject matter of cosmic scope, a mood replicated in the tune’s sonic breadth.”

Check out Astrid by Happy Hollows below, under which you can find  upcoming UK tour dates…

Catch Happy Hollows touring the UK in May and June: