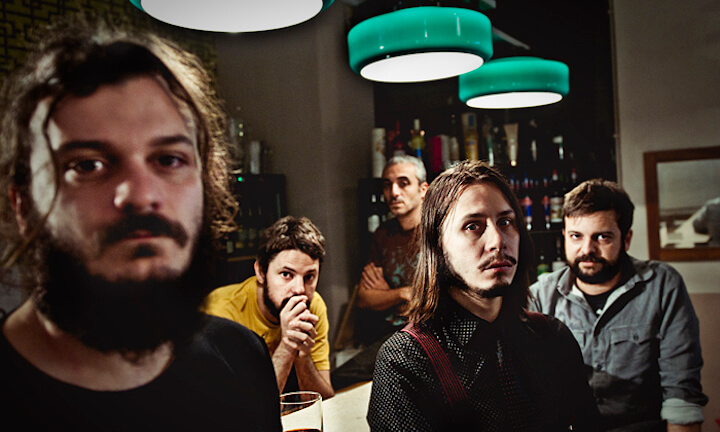 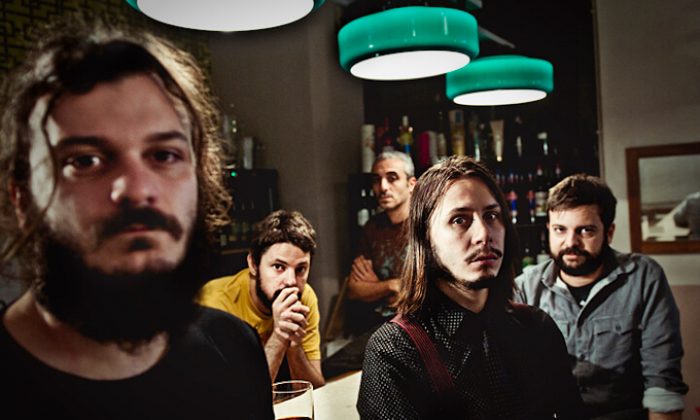 Promoting the release of their first live album “Live In Space”, Calibro 35 made a quick dash for a London date between two French shows. Louder Than War’s Craig Chaligne reviews.

Calibro 35 have had a singular career path. They started in 2007 as a studio experiment assembled by producer Tommaso Colliva and has become thanks to incendiary performances and musicianship one of Europe’s best live bands. Surfing on the revival of gritty Italian 70’s movies, the band recorded their first LP “Calibro 35” in 2007 and have since released several albums and soundtracks. 2016 sees them celebrate of their first live release and what better way to promote it than criss-crossing Europe to gain new fans. First on the bill at The Jazz Cafe were Disposable Breaks for their debut as a live unit. Placed under the leadership of Glen Fallows, the band was the perfect opening act for Calibro 35, their blend of Instrumental Afro-Funk going down a storm with the audience.

Based on the fact that they sold out the 100 Club last year , you could bet that the recently refurbished Jazz Cafe was going to be pretty busy and it’s a healthy crowd that greeted Calibro 35. The core line-up of Luca Cavina – Bass Guitar, Enrico Gabrielli – Organs and Horns, Massimo Martellotta – Electric Guitar and Keyboards and Fabio Rondanini – Drums and Percussions was augmented by a two piece horn section that really added to the performance. The band is tremendously tight with a rhythm section that manages to combine funkiness and the precision needed for instrumental music. Starting with the atmospheric “Intro”, they then played mixing originals and their own interpretations of classic themes from seventies movie soundtracks. Of particular note was a superb arrangement of “Cinque Bambole Per La Luna D’Agosto” composed by Piero Umiliani for the Mario Bava giallio of the same name in 1970. The setlist also included the title track of the documentary “Eurocrime” that is a must see for every fan of 70’s cinema. All the musicians are absolutely outstanding but it is the duo of Massimo and Enrico that really push the band a notch above. Massimo switches between Guitar and keyboards, adding depth and colour to the sound while Enrico’s virtuosity (some tracks saw him playing sax and keys at the same time) is a thrill to listen and watch. Make sure if you catch them if they play in your town.