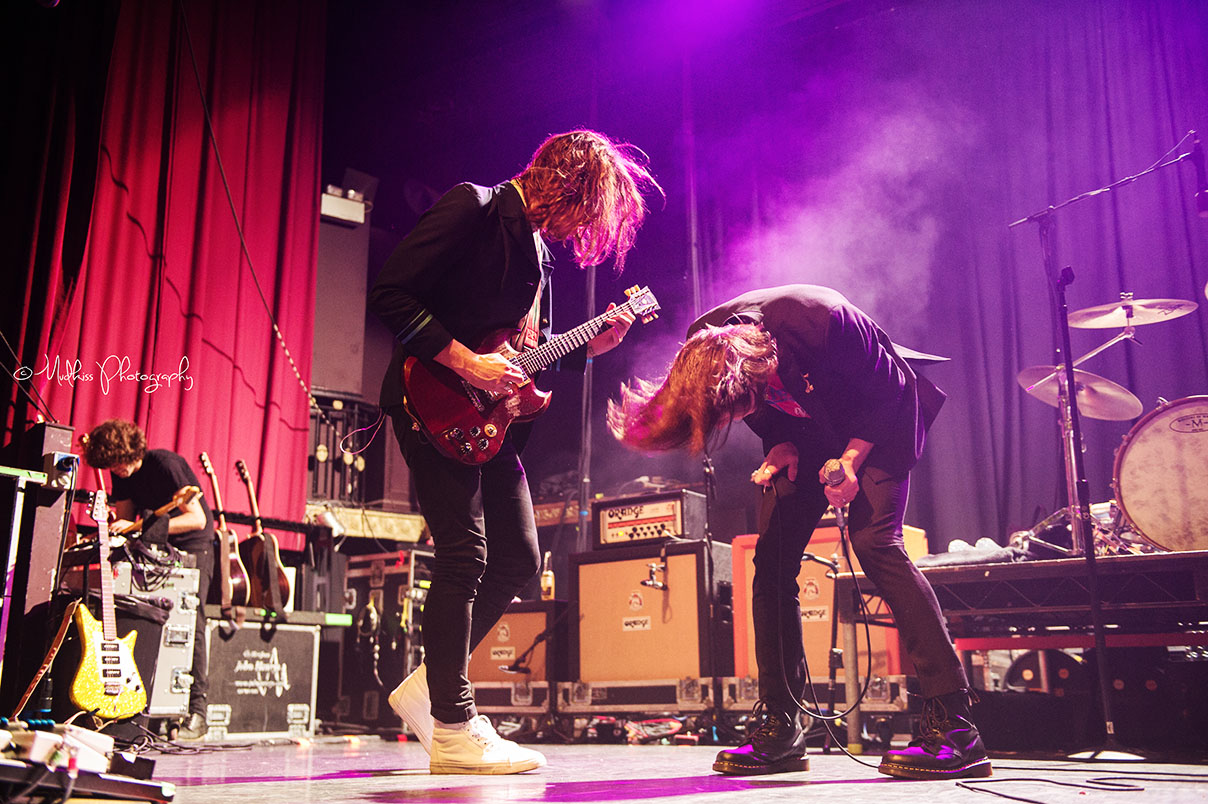 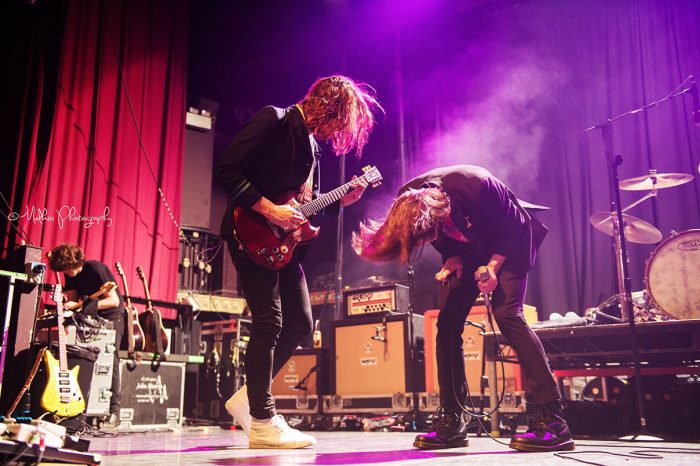 Kentucky rockers Cage The Elephant deliver a masterclass of a gig at the Manchester Albert Hall. James Lowther reports back.

There are few finer things in life than seeing your favourite band at your favourite venue. Expectations for events such as there are always high, but Cage the Elephant aren’t a band to leave their fans disappointed.

There was a stellar supporting lineup ahead of the main event, including young up-and-comer Declan McKenna (who I missed most of, unfortunately – but what I did catch sounded great, and the crowd were going wild for him). Local heroes Spring King were up next, and they blazed through a cracking set full of fiery energy – I can see them headlining venues like this in the future, particularly with a few more crowd pleasers like ‘City’.

But Cage the Elephant were the main event, and I’ve rarely seen a crowd bubble with such crackling anticipation before a headline set. As the band took the stage the crowd, and I don’t use this turn of phrase lightly, went wild. Kicking off with new track ‘Cry Baby’, they rattled through a career spanning masterclass.

I’d somehow managed to miss Cage the Elephant at their prior gigs in the city, but their reputation preceded them. These were a band made to see live, and the Kentucky band made sure that every last person in the venue knew they meant business. Lead singer Matt Shultz danced, leaped and screamed like Mick Jagger in his prime, and the energy was replicated tenfold by the crowd, who bellowed back every word.

I was in luck, too, as they played several tracks from my favourite album ‘Melophobia’, starting with the eclectically maniacal ‘Spiderhead’ and the maniacally eclectic ‘Take It or Leave It’. Even the tracks from the new album that I wasn’t overly familiar with felt like old classics, particularly ‘Cold Cold Cold’ and ‘Mess Around’ which have been buzzing around my head every day since.

For their encore, they returned to the stage brandishing a bottle of champagne before spraying it into the crowd and handing the bottle out to be passed around. How they saved the energy for their final three songs I have no idea, but they pulled it out of the bag and then some. I was surprised by their choice of last song – ‘Teeth’, a 6 minute sprawling epic featuring loud drums, louder guitars and even some spoken word poetry award the end. It was chaotic and beautiful, as all their set had been.

It was lively, energetic, fist-in-the-air stuff, and though my ears might have (just about) stopped ringing now, it’s definitely set a gold standard for my future gig endeavours.